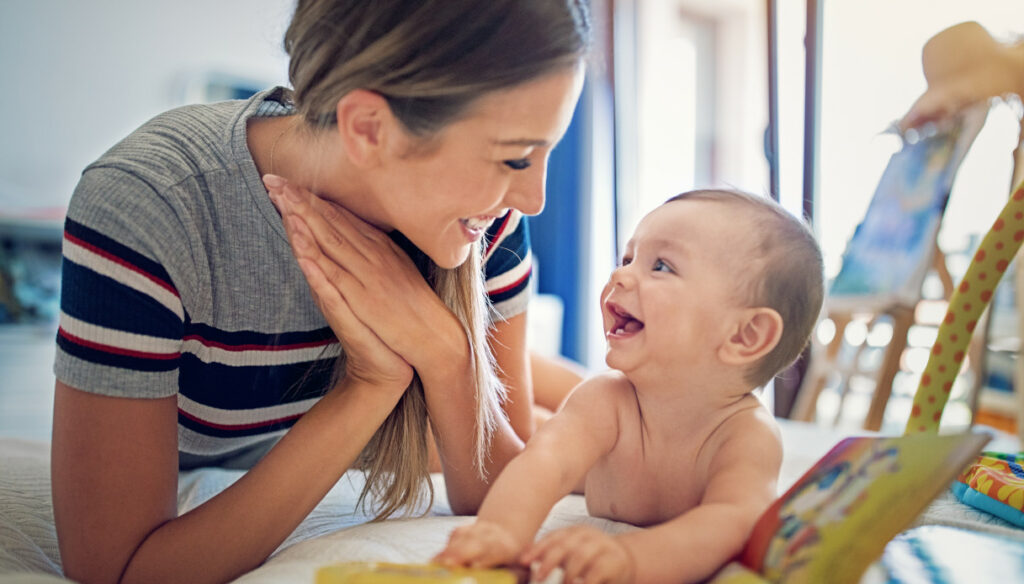 Language is fundamental: for this reason, addressing the little ones in the right way is important so that they are adults who know how to express themselves at their best.

Have you ever seen a mother talking to her baby of a few months? She, as well as her father and grandparents, lengthen the words out of all proportion, pronounce them very slowly, accompany the voice with the expression of the face. Apparently this way of talking to the little ones is funny and it can also happen to wonder if it is really useful for their development and for their future ability to express themselves. Well, if we happen to keep this flow of words on the basis of the presumed or real needs of the baby, we are probably behaving in the right way.

And not only because we are able to attract their attention, expressly addressing them, but also because thanks to this funny train of words, at high volume, the child may be better able to speak in turn, when he is older. To say this is a research conducted by experts from the University of Florida and Mc Gill University, published in the Journal of Speech, Language, and Hearing Research.

In short, for parents, thinking about what is universally called “baby talk” is important. And the verbal style that is used in chatting and narrating with the little ones would help to establish a sort of stimulus for their first words, because in doing so the baby gets used to producing his own speech. In fact, according to the scientists, imitating the sound of a shorter vocal tract helps the little one to understand what the words that he will emit later on should be. In short: if we speak loudly, slowly, articulating the syllables well, we probably not only help him to better understand what we mean to the baby, but we probably also lay the foundations for a correct production of words also from the motor point of view.

The research envisaged a sort of “controlled modification” of the frequency of sounds, then evaluating the response of the little ones aged between six and eight months, noting that the word slow, scanned and loudly is preferable for the little ones . On the contrary, younger babies did not yet have this preference and therefore, probably, speaking to them slowly, articulating the words well means offering a more effective perspective of development of their language. apart from the classic “warbling” that entertain us so much in their incomprehensibility. In short: do not think that when you speak to a child the manner and tone of the words you speak are not important. Regardless of the simplicity of the messages, speaking the terms correctly will help them in the future.

How the child speaks

At first the wailing makes us tenderness. And even if we don’t understand anything, they represent a way to get in touch with the world, especially with the people who are closest to the little one. But the development of language is obviously only in its infancy. Then, at the beginning of life, it’s nice to see his progress. We quickly pass from the first vocalizations, almost always with the a and la e, to then arrive at the first guttural consonants: the classic “ghe-ghe” in short. Then, around six months, the labial and dental letters like p, b, de t arrive. It is around nine months, but more often after this date, that the magical word comes that all mothers want to hear.

Normally the fair sex wins over the stronger sex in this temporal ranking: mom (maybe without an m, but what does it matter!) Feels around the ninth month, while for the father it is necessary to wait longer, the joy of being called comes towards the ‘year. Then, around 18 months, the vocabulary becomes more robust with the child who can manage 10 to 20-25 words with a meaning, which mom and dad can understand without difficulty. In many cases, then, he manages to come up with words that make you smile. It is his way of carrying out a path that will soon lead him to compose short sentences (about three words, but with a complete meaning) by inserting the verb. And if it’s endless, like the red Indians in the movies, don’t worry. There is time for grammar.