We who read the Cioè (who turns 40 today)

Happy birthday to Cioè, the magazine that kept us company when there were no smartphones and social networks

We who waited only for that moment of the week to run to the newsstand and buy That is, or we asked the mother to do it for us. And woe to losing that number that the trendy accessory of the moment gave away, just as we couldn't do without those quizzes and all those tests to be carried out together with our friends.

Because in those days we didn't have a mobile phone brand to choose from, as there were no smartphones, nor did we have to ask for permission to sign up on Facebook. The only favor to ask mum and dad was to go to the newsstand to get the latest issue of that is, which gave away the poster of our idol of the moment, how could they deny us this joy?

And since those times, many things have happened and changed. Far be it from us to make you feel too âgée, but listen, listen: from the first issue of that is exactly 40 years have passed. A lot, right?

It was in fact October 7, 1980 when the magazine dedicated to the very young made its first appearance on newsstands throughout the country. Not just any newspaper, mind you, but that is, a real point of reference for millions of girls and boys.

And in this month the historic pocket magazine published by Panini Magazines turns 40, an incredible milestone to be celebrated. To celebrate this important anniversary, a special issue arrives on newsstands, available from Friday 23 October: That is, there was … That is, there is.

Because in fact, looking back a bit, that is, it has always been there. During the first crushes and quarrels with friends, when we relied on the internal column to read advice. And what about the trends that we could only follow in the magazine, because social networks do not exist, and when we were still having fun collecting the proposed gadgets, the adhesive covers and the large posters of the stars of the show.

That is, he was also the interior designer of our bedrooms: thanks to those posters and stickers we covered walls and wardrobes with a lot of enthusiasm, a little less than that of our mothers who begged us not to dirty the wall.

And to think that "only" 40 years have passed! On the occasion of the Cioè celebrations, we are granted a small step back in time, given that on the newsstand, together with the new issue, there will be a special magazine entirely dedicated to the 80s: I Mitici Anni '80, a real DeLorean built on the immense archive of the magazine. 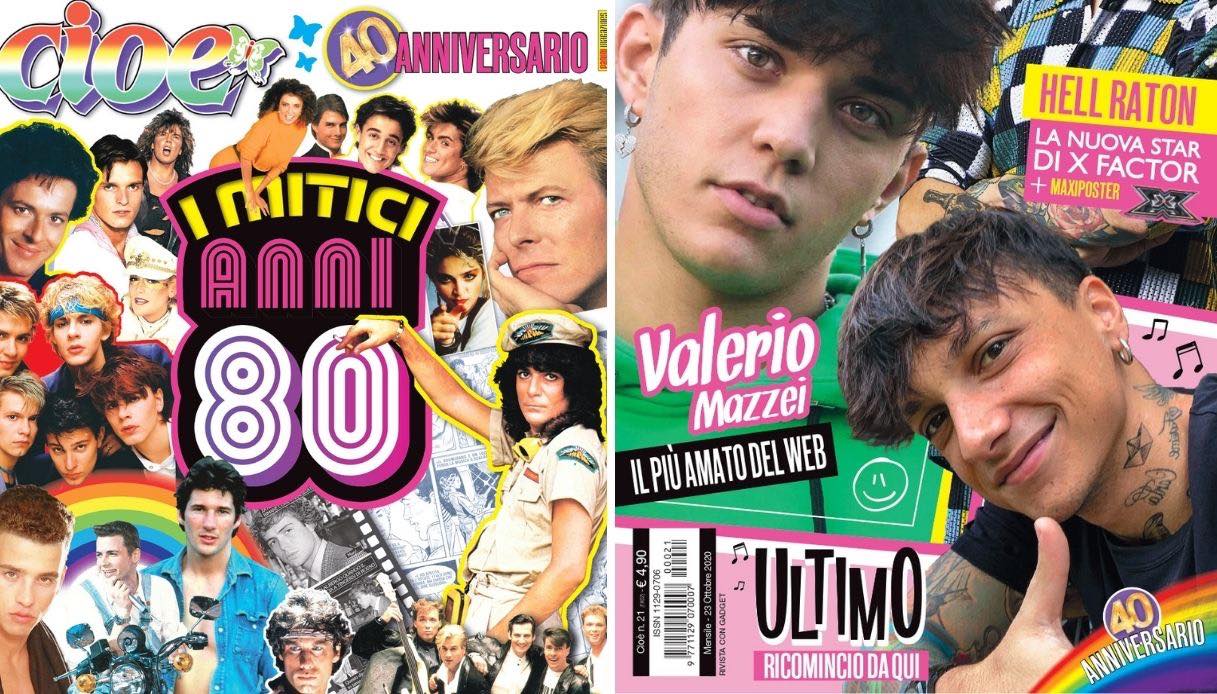