Weddings, new rules on the way: what can be done 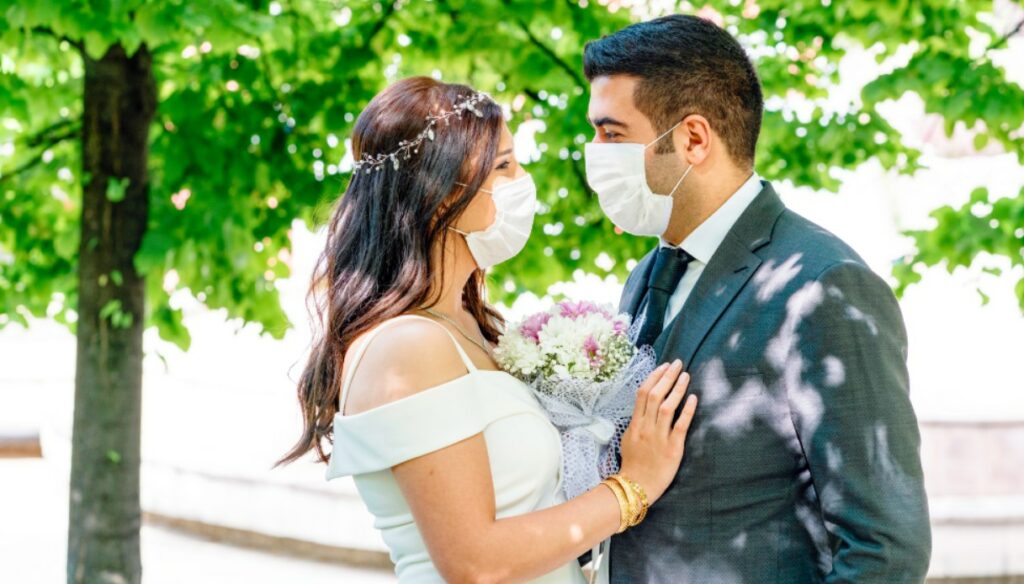 From the figure of the Covid manager to the distance between the tables and the number of guests: the rules on weddings that could become official in mid-May

The month of May is traditionally the one in which the wedding season starts again, but for the second time this period is still marked by uncertainties and doubts about how and if a reception can be organized.

According to what is read on the government website, according to the current decree, in the yellow zone "religious functions with the participation of people can be carried out, provided that they comply with the protocols signed by the government with their respective confessions".

Some doubts concern the celebrations following the rite (whether civil or religious). Now that the restaurants are open, nothing would prohibit the possibility of organizing a lunch, respecting the established measures, according to which you can currently only stay outdoors (while from 1 June the indoor venues will also reopen).

According to what is read in the Corriere sella Sera, however, the government is thinking of new rules, clearer and more defined, also prompted by the organizations in the sector that are asking for certain dates for restarting. At the moment there are no certain dates, even if it is assumed that June 15 could be the decisive one for the restart of wedding parties (always and only in the yellow zone).

The CTS will meet on 15 May and the Undersecretary of Health Pierpaolo Sileri has already unbalanced himself on the future: "From mid-May we will be able to proceed with further reopening, I am thinking, for example, of those who organize weddings who at the moment are the ones further behind the reopening . The important thing is to have a timetable, we cannot give a date, but we can say that the vaccinations are going very well and once we reach a certain target we will be able to do things. It is important to give a lineup of reopening as we did in the last decree ".

The operators in the sector have already proposed a protocol for the reopening, which apparently would have already been implemented by the Conference of Regions and Autonomous Provinces at the end of April: therefore only the green light from the Technical Scientific Committee is expected.

Here is a summary of the main rules envisaged in the protocol and which could soon become official.

According to the protocol, among the employees of the venue or company that organizes the wedding, a person will be identified who will have the role of Covid manager, who will be responsible for compliance with the rules by the guests and workers of the structure. There must be a Covid manager for every 50 guests, who must also have the list of participants (including guests and insiders) so as to be able to facilitate tracking if positive results occur in the 14 days following the event. At the moment, according to the protocol, there is no maximum number of guests, which will be seen from time to time based on the capacity of the room depending on the distance between the tables.

Weddings, the rules for the guests

In order to participate in the party, guests must deliver a self-certification certifying that they have read the protocol, the lack of contact with positive people in the previous 14 days and the absence of symptoms or fever.

Once they arrive at the restaurant, they will have to undergo a temperature control and, if they use a wardrobe, put their clothes and personal items in special clothes bags.

The mask will be mandatory for everyone – including the spouses – indoors (except when seated at the table) and outdoors if it is not possible to respect the interpersonal distance of at least one meter.

Weddings, the rules for the banquet

The protocol states that the distance must be at least two meters, considering the size of the chairs and the passage of service personnel. The sessions must guarantee an interpersonal distance of at least one meter, except for tables made up of people living together. As mentioned, the distance between the tables is essential to identify the maximum number of guests.

As for the type of banquet, it will be possible to organize a buffet mode, but only through the administration by the staff in charge: the self-service mode is therefore excluded (which remains allowed only in the case of single-serving packaged products).

It is also recommended to adopt a single menu at the marriage tableau and / or individual menus for the exclusive use of the guest (to avoid the passage of the same), in order to reduce the service of the dining room staff at the tables. Sauces, bread, crackers, breadsticks can be given to guests in non-packaged form, but served directly with the use of tongs (as is usually done).

Weddings, the rules for the party

The musical groups must be spaced from the public by at least three meters, unless there are antidroplet barriers. To move they will have to use the mask.

It remains forbidden, at least in this first phase in the yellow zone, the moment of the dance, which is supposed to be allowed only in the Regions that will pass to the white zone.

Finally, the delivery of the favors: the bride and groom must personally distribute it to the guests after using hand sanitizers.