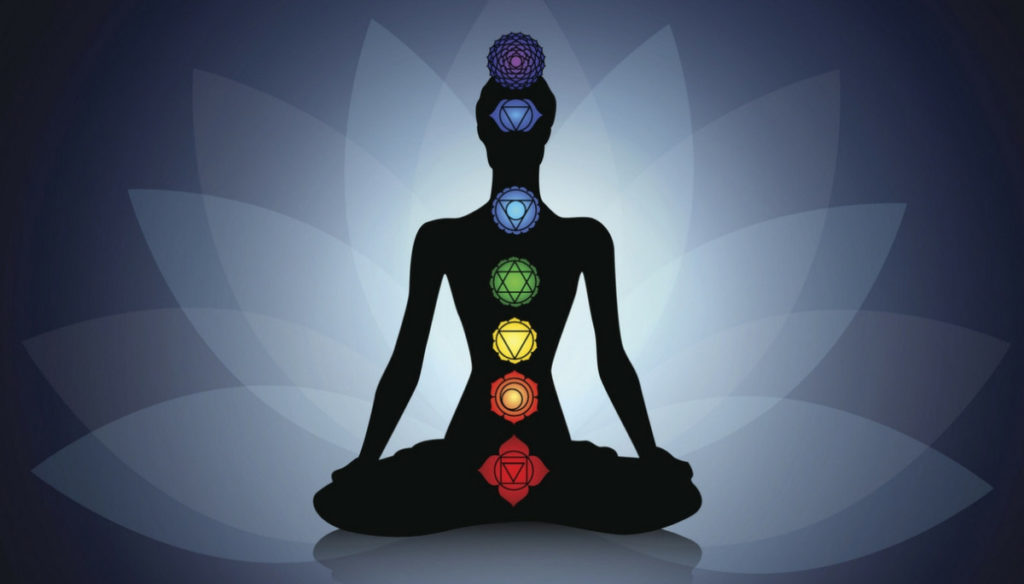 Let's find out what chakras are, the 7 energy centers so important for meditation and yoga

Anyone who has ever entered the world of new age, yoga and oriental traditions has heard of chakras at least once. This strange word, chakra, derives from the Sanskrit language of India and is freely translated as "disk" or "wheel".

The chakras play an important role within yoga, meditation and within the Ayurvedic disciplines, and are essential for understanding the energetic structure of the body and the universe. Within a person there are 7 chakras, or 7 energy poles through which the individual's energy is regulated, modeled and empowered to meet daily needs.

These energy poles, or the chakras, cover the most disparate roles within the regular functions of a person: from the control of emotions to the way we perceive people, to the metabolic functions also linked to our predisposition to get sick. We can easily imagine, therefore, the importance they have within holistic medicines and ancient traditional healing techniques.

A body is in harmony with itself and with the world when all the chakras are in line, that is, open and receptive, and functioning properly. Let's imagine the body as if it were a machine, and the chakras were its essential gears: if even one of them does not work properly, the whole structure could be affected. When a chakra does not work ideally, it is called "blocked" or "obstructed". The meditation techniques, healing and oriental lifestyles are almost all oriented to the reopening of the chakras to promote the free movement of energy from the body to the universe and vice versa, as it should happen in a situation of perfect physical and mental health.

Each of the chakras is exposed to specific functions of our body: when one stops working, it is advisable to intervene directly on the area through chakra reactivation exercises. 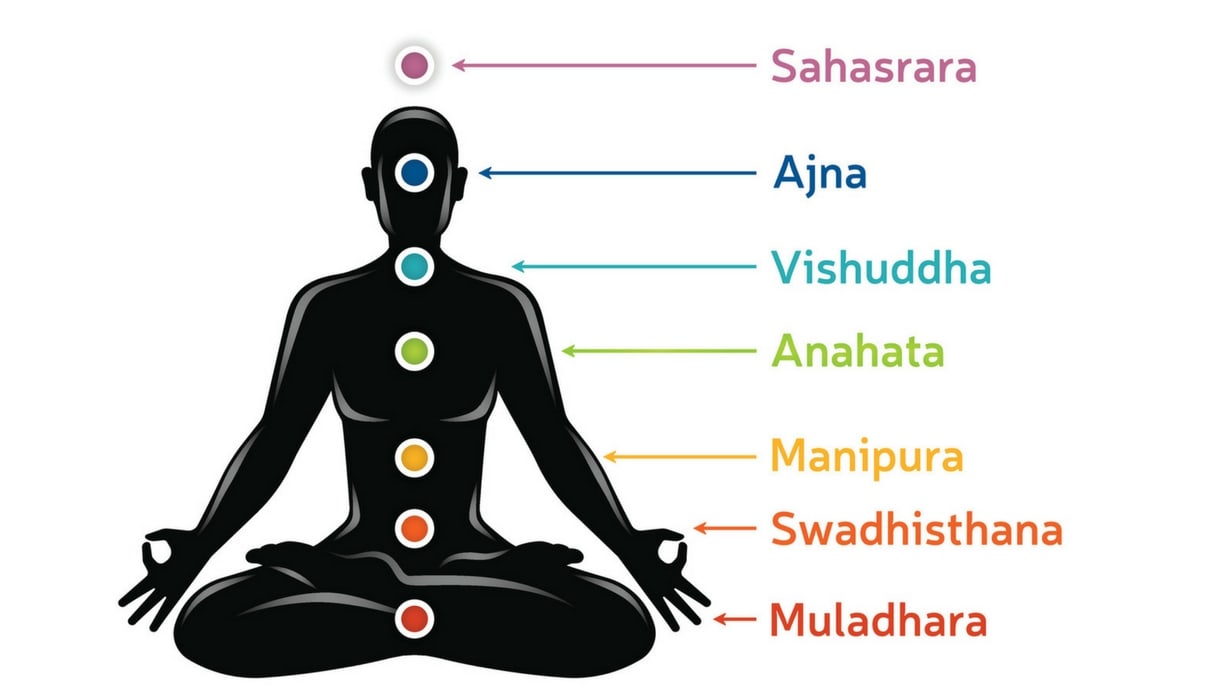 Let's find out what chakras are and what they are called, to understand which functions are associated with tradition:

Located at the base of the spine, between the anus and the genital organs, the root chakra is represented by the red color and identifies an individual's psychic stability, as well as his "animal" and more "instinctive" energy. The first chakra is usually associated with the Earth element and, according to the Upanisad, its mantra is LAM.

A perfectly aligned and open muladhara chakra makes you confident, calm and focused on life's goals. It will allow us to face the challenges of life with enthusiasm and the right determination, aware of our talent.

The first chakra can be blocked in the event that the person should feel threatened in his fundamental rights and in his small, unshakable securities (money, family, food or safety).

Located in the center of the abdomen, just below the navel, the sacral chakra is represented by the orange color and regulates the creative power of an individual, physically and mentally. Not only is the second chakra associated with a healthy sexual appetite and fertility, but also with the ability to conceive new ideas and life plans. The associated element is water, and its mantra is VAM.

A perfectly aligned svadhisthana chakra will make you feel active, dynamic and above all it gives free rein to the imagination that generates new goals. Sex life will be satisfying and harmonious.

The second chakra can be blocked in the event that our sexual life becomes a source of stress, boredom or anxiety. Impotence and perversions are all problems attributable to the second chakra, such as addiction to substances.

The manipura chakra is located in the upper half of the abdomen and regulates our will and ability to intervene promptly in the issues of life, taking it "belly up". It is usually indicated by the yellow color, by the element of Fire and its mantra is RAM.

A perfectly aligned solar plexus chakra confers high self-esteem, great willpower and independent spirit in the individual. When manipura is open, existence unfolds before the person, who will have the impression of only having to reap the fruits of the future.

The third chakra can be blocked in the event that a form of failure is perceived on a professional, social or simply personal level. The third chakra is also affected by childhood trauma.

The anahata chakra is located just above the heart, is indicated by the green color and represents the individual's ability to perceive love and compassion in all their forms. It is often considered a "bridge" chakra between mind, body and spirit. The element associated with it is Air, and its mantra is YAM.

A perfectly aligned fourth chakra gives a feeling of peace and serenity that will allow you to face the difficulties of the world with a greater spirit of understanding, tolerance and more wisdom.

The heart chakra can become blocked in the event of love disappointments, betrayals or complicated friendship or a turbulent family life. Even a lack of listening, which in the Indian tradition is closely related to love, can cause blockages to this chakra.

The vishuddha chakra is located at the level of the throat, it is represented in blue and contains the functions of the senses, influencing the way our ego is perceived by ourselves and by others. The element associated with it is the ether, and its mantra is HAM.

A perfectly aligned fifth chakra gives the individual a distinct property of communicating with the world through his voice, whatever it may be. Through vishuddha therefore passes the art and the creative process that feeds the "sacred fire" of music, painting, writing and so on.

The throat chakra can become blocked in the event of a lack of understanding by the outside world, despite all attempts to make contact. When a person does not feel understood, the fifth chakra undergoes an alteration.

The Ajna chakra is located in the center of the forehead, it is represented by the indigo color and indicates all those cognitive abilities capable of developing strategic and rational thinking. The element associated with Ajna is extra-sensory and its mantra is KSHAM.

A perfectly aligned Third Eye chakra allows energetic contact with the universe and allows us to understand more deeply the great design that holds life for us. Planning, organizing and achieving one's goals is child's play, if the sixth chakra works in harmony with our body.

The Third Eye chakra can become blocked if the fundamental principles on which the objectives of an individual's life are based are questioned, putting his dream in a bad light.

The Sahasrara Chakra, the Crown Chakra

The Sahasrara chakra is located above the skull, is indicated by the purple color and puts the person in contact with the Universe. Its element is Thought and its mantra is OM.

A perfectly aligned seventh chakra indicates an individual closely connected to his spiritual dimension and his need to live in harmony and peace. The Crown Chakra connects to the beauty of the world, placing existence in deserved harmony with everything that happens. In short, this is the chakra to which we must turn if we want to give meaning to our life.

The Crown Chakra can become blocked when a spiritual drift is encountered, where existence loses meaning and the sky appears increasingly black. The loss of motivation or enthusiasm can make one think of the blockage of this energy center.

Maria Teolis
3582 posts
Previous Post
Kate Middleton, the H&M wedding dress costs less than 200 euros and is identical to hers
Next Post
That performance anxiety that affects Michelle Hunziker and the others
You must be logged in to post a comment.
Menu