What are the nicknames of the Windsors in the family

From Queen Elizabeth II to the children of Kate and William: here are the nicknames with which the Windsors are called in the family 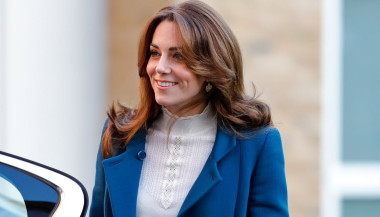 Everyone in the family has some nickname that is only adopted by the people closest to us. Well, this also happens among the members of the Royal Family: each of them has one or more nicknames that usually remain well hidden within the home, however over the years some of these have been made public.

One might think that it is the little ones who mainly have nice nicknames. In fact, Prince George at school is referred to as PG, to shorten his name including his royal title. Georgie is at home, as grandfather Carlo revealed shortly after the birth of his first grandson. However, he himself gave himself a very special name: in public, on at least one occasion, he introduced himself as Archie – even before Harry and Meghan called their son that.

As for Charlotte, her parents call her Lottie or Mignonette – the latter derives from the French term "mignon", which means small and cute. In the classroom, however, the exuberant character of Kate and William's second child emerged, so much so that she earned the nickname of Warrior Princess (or Warrior Princess). We don't know what little Louis is called at home, but surely there is a tender nickname for him too.

But adults also have many nicknames by which they affectionately call each other when they are in the family. Kate, for example, is Babykins (which means "little baby") or Poppet ("love"), in addition to the more classic Cath. While in her youth she was called Squeak, like the name of one of the two guinea pigs who were the mascots of the school she attended as a child.

William is Babe instead, in the intimacy of the couple. In college, to keep a low profile, he called himself Steve. But the more tender nickname comes from his childhood: mum Diana had nicknamed him Wombat, like the cute Australian marsupial. The Prince had confessed that he was first called that when, at the age of two, he was traveling to Australia with his family.

Carlo and Camilla have been using nicknames for many years. It is said that, on the eve of her wedding to Queen Elizabeth II's eldest son, Princess Diana found twins engraved with the initials of the two nicknames with which the Duke and Duchess of Cornwall still call themselves today – or Fred and Gladys. As for Carlo, a few years ago his son Harry revealed that he is nicknamed Pa in the family.

Naturally, Queen Elizabeth II does not escape this nice family tradition. There are also several affectionate nicknames for her. One of the most famous is Gan-Gan: this is how little George called her, unable to pronounce "great-grandmother" (which in English is "great-grandmother"). Likewise, Prince William as a child had a hard time saying "granny" (aka "grandmother"), so he called her Gary. Very particular, however, are the nicknames with which Prince Philip approaches his wife: apparently, he calls her Cabbage ("cabbage") or Sausage ("sausage"). Finally, as a child, the Queen called herself Lilibet – the name she used herself, unable to pronounce hers correctly.

What about Harry and Meghan instead? Although they no longer belong strictly to the Royal Family, they also deserve a mention. Not everyone knows that Harry is a nickname, since the Prince is actually called Henry. His mom also called him Ginger as a child – because of his red hair. Finally, for friends it is Spike, a nickname he had also used for a secret profile on Facebook. His wife Meghan is simply Meg, while their baby Archie is tenderly nicknamed Bubba.