What games to play on video call with friends 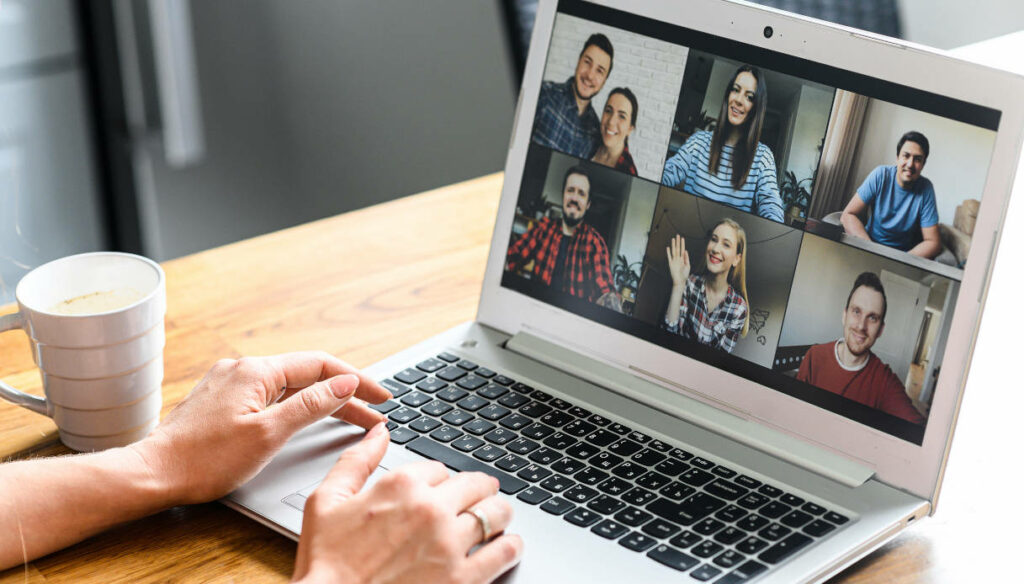 Having fun remotely with friends is possible: discover all the games to play together even remotely via video call

Commonly, when we talk about games we inevitably refer to a moment of relaxation and fun, of a "common" with friends and away from the worries of work. In fact, it is well known that gambling removes everyday stress, even if temporarily. Until a few years ago, the trend was precisely to gather around a table with friends and family, challenging each other to board games, but also to a game of cards: today, however, it is much easier to have fun in front of a mobile phone screen. , a pc or a tablet, but always in company. It is almost obvious to say that the choice of the game and the time dedicated to it are a fundamental factor in order to guarantee a 360 ° fun. To have fun and play with friends it is therefore possible to video call and propose remote activities in chat: the games to play in video call are many and certainly not lacking in memory and strategy.

You can opt for very popular online video calling games such as checkers, chess, naval battle, Risk and Monopoly, completely free and enjoy a total moment of tranquility and relaxation. Therefore, we can define video calling games as a new way to have fun even at a distance, in two or in large groups of friends. But who comes to our aid? Obviously the technology: thanks to the classic tools, such as Zoom, Skype, Whatsapp, young and old can make group video calls and play online at any time of the day. There are many games to play online via video call, so many that you can't even imagine! Take a moment to continue reading this article and a whole world will open up for you: we have compiled for you a ranking of the best games to play in video call in the company of friends and relatives.

I see I see

Let's start with one of the simplest games to play online: I see I see and you don't even need a pen and paper. How to play it? Easier than you think! In turn, each player carefully scans the video call screen of the other participants and chooses an object to describe in great detail. For example, someone could choose a picture hanging on the wall that he sees behind one of the friends on video call who are playing with him: it starts with a "I see I see …" and continues describing the object in question, considering its shape, color and position . At this point, each participant has a few moments to reflect and guess the object they are talking about. Once the riddle has been solved, the winner is entitled to start a new game. Simple, fun and varied: a game for everyone.

Another interesting game to play in a video call with friends is Zoom and, like the special app, it uses screen sharing. It is possible to play it in two, or in a group at a distance from home and it works like this: one of the players chooses an image, possibly popular and iconic from the Web and applies the zoom, so that only a few pixels are visible. Then, he shares the screen with his friends, who have to work to guess what image it is starting from a very small portion of the screen. If no player is able to guess, it is necessary to zoom out and allow everyone to find the image. This is also one of the easiest and fastest games to play online via video call.

Names, things and cities is a very popular game known by most people: it tends to be played with pen and paper, but now you will discover that there is also an online version, which is quite similar to the original. Each player must have a sheet of paper, which must be divided into columns with letters and a pen. Each column, then, corresponds to a specific category. Then proceed by extracting a letter and choosing a number from 1 to 21: you will understand that each number corresponds to a column and consequently to a category. Once the letter has been chosen, each player must write a word in each column and therefore category, and at the end the scores are established according to the following criteria:

Whoever reaches the highest score wins; while the last classified will have to do penance. And so here is an excellent game to play in video call with friends, but also as a couple and also perfect for the little ones.

Two classics of the online game now: Checkers and Chess, perfect for challenging each other from a distance between friends, but with very complex and difficult rules to summarize in a few lines. It will be enough for you to know that we are talking about two highly strategic online games, ideal for those who love to exploit the intellect and are not just looking for the classic moment of leisure from the work routine. If your intent is not only to have fun, but also to keep your mind trained, then your choice will necessarily fall on one of these two activities. To play Checkers or Chess it is therefore important to have a chessboard and use a sufficiently large screen, so as to always be able to anticipate the opponent's moves. For the rest, you can stick to the classic rules of the game that you already know very well.

Tic-tac-toe is also a very common game, but did you know that you can play online via video call? Get comfortable and find out how! To play remotely with your best friend, you clearly need to have a pen and paper: proceed by drawing two horizontal and two vertical lines to form a grid. Now decide who marks the circle "O" and who the "X", with the aim of being able to mark three boxes with their own symbol. Just like around a table, you can play it online via video call and spend a few moments of entertainment.

Battaglia Navale is a game that can also be played online via video call and is very popular all over the world: traditionally it is really played only with a squared paper and a pen, but there is also a boxed version. We are talking about a very fun game, with simple rules, which require each player to draw two tables: the first to position their ships and the second to mark the blows dropped to the opponent. You can now use the squared paper you have to draw the tables, indicate letters and numbers in a row, so as to form the coordinates for each box.
You can choose to place your ships, based on the size of the table and the squares occupied, both horizontally and vertically. So get ready to draw them and deliver a crazy blow to your enemy. In turn, you must indicate the coordinate you want to hit on the opponent's table, while the other player responds as follows:

Who win? Obviously the player can hit and sink all enemy ships. Before starting the game, however, we always recommend establishing the rules about the size of the ships: take advantage of and apply all the strategies closest to you and distribute your fleet in an optimal way for an unparalleled victory. Naval Battle: The perfect online video call game for a thrilling and thrilling challenge.

We played in elementary school between one break and another: it is The Hanged Man. A classic that is also available online to break the routine and spend time in an alternative way with some friends. The rules to follow are simple and intuitive: you will have to draw an inverted "L" on a sheet of paper, under which you will draw a little man, the poor victim of the situation. Without saying it, you need to think of a word and draw a dash for each letter of the same: the set of dashes will determine the length of the word. The other player will have to hypothesize the word you thought of and equally the letters that compose it: with each incorrectly pronounced letter, you will draw every little part of the little man, from the arms to the legs.

A simple and fun game, especially for the little ones. At the end of our ranking of the best games to play in online video call, we really hope to have given you some new ideas to spend time with friends and relatives in an original way, but above all without wasting too much time trying to understand how each works. game. A rainy and cold day will never be boring again from now on!

Giovanna Pirri
4949 posts
Previous Post
Coconut oil for hair: how to use it and all the benefits for the hair
Next Post
Who is Mathieu Magni, Beatrice Marchetti's boyfriend