What is ALS, the disease that struck Stephen Hawking 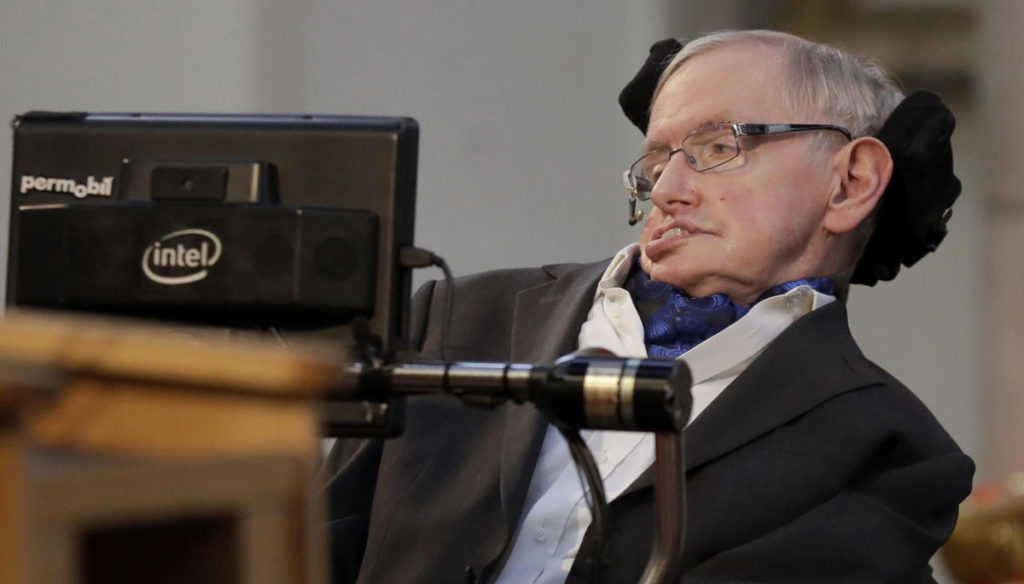 Stephen Hawking died at the age of 76 after living with a rare neurodegenerative disease for more than 50 years. Here is what we know about ALS

The acronym SLA is used to shorten Amyotrophic Lateral Sclerosis, a neurodegenerative disease and one of the best known among rare diseases. It was first described in 1890 by neurologist Charcot, which is why it is also called Charcot's disease, and first came to people's attention in 1939, when the famous American baseball player Lou Gehrig was struck by it.

The causes of ALS are not known: it is known that in 90% of the cases the disease is sporadic (it therefore develops in individuals who do not have other patients with ALS in the family), while in the remaining 10% it is called family ALS, with previous cases in the family . In Italy there are at least 3500 patients, even if the records are not yet complete and the diagnosis is not always simple and fast.

According to statistics, it mainly affects people over the age of 40 and the number of patients among the population is on the rise: this is due to scientific and medical progress which has made it possible to find tools and medicines capable of lengthening the patient's life expectancy. However, definitive remedies have not yet been found to cure ALS, which is therefore a chronic and degenerative disease.

ALS is a rare disease that affects the motor neurons and depending on the motor neuron that strikes first may have a spinal onset or a bulbar onset.
In the case of spinal onset, the motoneuron of the movement is struck: the first symptoms are small contractions of the muscles called fasciculations, cramps, muscle stiffness and weakness of the arms and legs, muscular atrophy. In the case of bulbar onset the motor neuron of the cerebral cortex is struck: the first symptoms involve the area of ​​the word with difficulty in articulating single words, above all containing the letter "R" until it is impossible to swallow.

The only specific ALS drug is Riluzole, which helps slow the disease by preventing the accumulation of glutamate which appears to be what kills neurons. Other drugs are then used to alleviate the painful symptoms of the disease, in conjunction with the intervention of a physiatrist or physiotherapist to preserve joint mobility. Instead, stem cell treatments are being tested.

Stephen Hawking, who died at age 76, was an ALS sufferer, who despite the average life expectancy with the disease is 2-5 years after diagnosis (rarely comes to 10 and less than 5% comes just over 20 years), lived up to over 70 years.
When he was diagnosed with ALS at age 21, the doctors gave him 2 years of life. The entire course of the disease in Hawking has been particular: starting from the extremely early onset, up to the relative long stability reached by the disease over the years, extremely rare stability to be obtained with a degenerative disease.

Hawking became aware of the disease when, in the third year of Oxford University, he began to move awkwardly and stumble more for no apparent reason. It was his father who took him to the family doctor and later to the hospital to carry out tests, hence the diagnosis. It seems that the discovery of the disease at an early age, leads to a greater survival for the sick and this would explain in part the long life led by Hawking despite the illness.

But the whole scientific community agrees on one thing: Hawking was "extraordinary", no doctor has ever seen a patient like him live so long and lead a similar life. The genius scientist has often said that probably his sedentary work has allowed him to live longer than others who instead use the muscles more (such as the baseball player Gehrig) and has always considered it a fortune to have the best care and a good work in a field such as theoretical physics in which his type of handicap was not so debilitating.

The scientist has undergone numerous interventions over the years that allowed him to survive the progress of ALS. Nigel Leigh, professor of clinical neurology at King's College, described Hawking's case as "exceptional": he never used artificial ventilation, as well as artificial nutrition, but merely took liquid food with the help of nurses personal. In 1985 he was operated on by tracheotomy due to severe pneumonia and lost his voice. For this a computer engineer David Mason built for him a vocal synthesizer that turned into sound what Hawking wrote on a computer, connected to the wheelchair.
Over the years Hawking also lost the ability to move his fingers and a facial recognition system was developed that transformed eye movements in the mouth, cheeks and eyebrows into words.

Stephen Hawking is considered an incredible example for ALS patients: not only did he live long, but he did it with extreme passion and tenacity. He married, he had children, he developed his theory of black holes, he continued to study the universe, to do research, to divulge. It was an example of strength, genius and irony, and so despite the fact that the body was increasingly aggravated by the disease, Stephen Hawking became "the man of the stars".