What would Twin Peaks be without Lynch? 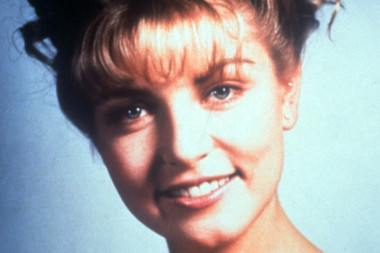 Even more than the mystery of the question "Who killed Laura Palmer" which 25 million years ago held in suspense millions of viewers today is another question to snatch the sleep from the fans of the legendary series, which should return with new episodes in 2016. That is : "What would Twin Peaks be without David Lynch?"

Has it really been 25 years since Twin Peaks made its debut? Really, how long did we stop at that red light? Variety
(Don't you remember the traffic light? Look at the photo number 20)

All this because the director recently communicated on social media the decision to abandon the direction of the third series, the one that should have revealed the unsolved mysteries of the dismal mountain village, in the state of Washington, on the border with Canada, 25 years later. theater of the murder of the prettiest and most popular girl in high school. That Laura Palmer who, she will discover only chased, was not so immaculate, but devoted to a double life made of drugs and depravity.

"After a year and four months of negotiations I left because the money offered is not enough for the script that I feel should be done." Lynch wrote on his twitter and facebook accounts. The director also made it known that he was personally taking care of notifying the actors, to make them aware of the decision made.

This was enough to mass mobilize Laura / Sheryl Lee, Dale / Kyle MacLachlan, Audrey / Sherilyn Fenn and many others, who shot a video-petition to convince the director to retrace his steps. Smash of video appeals: "Twin Peaks without David would be like .." and let the metaphors coined by each of them.
Sheryl Lee says that "Twin Peaks without David Lynch would be a girl without a secret", while for Sherilyn Fenn it would be "like eyebrowless eyes". Peggy Lipton says that the show without her director would be like "a tart without cherries", while for Jennifer Lynch it would be "a hole without the donut".

The initiative of the cast echoed that of a site, "Welcome To Twin Peaks", which launched the hashatag #SaveTwinPeaks to convince Showtime through a social campaign to involve Lynch again.

But fans sleep soundly. Despite the announced (but not yet definitive, we say) absence of the director, Showtime has made it known that it does not want to give up its project and Twin Peaks should still return on TV in 2016. If then the mysteries of the double life of seventeen year old Laura Palmer, found dead in the mists of the small town in the American province, will be revealed by the brilliant David we will find out only by living. And waiting.