When to supplement vitamin D and in what doses 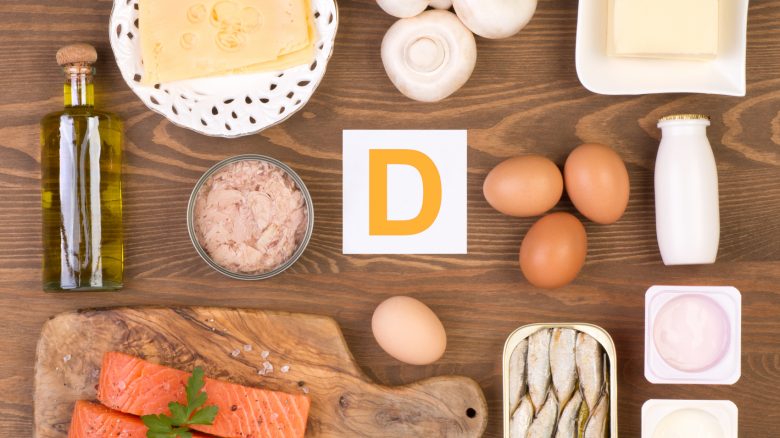 Despite its name, vitamin D is a real hormone, which regulates various organs and systems of the body: it serves to fix the stock in the bones, controls cell growth, supports the immune system, reduces general inflammation. So, for fear of being deficient, more and more Italians take it in the form of supplements, often without medical advice, considering them a bone-strengthening and anti-fatigue remedy.

But when can we really talk about deficiency and is it necessary to supplement vitamin D? “When your blood levels are below 20 nanograms per milliliter, referred to as ng / mL,” explains Dr. Angela Valentino, nutrition biologist at the MultiMedica Hospital of Castellanza, Varese. In reality, there are discordant opinions on the positioning of the bar in the international arena: for example, the American professor Michael F. Holick – considered one of the world’s leading experts on vitamin D – has raised the threshold value to 30 ng / mL and defined ” insufficient “subjects with values ​​between 20 and 30 ng / mL.

Who is most deficient in vitamin D

«At risk of vitamin D deficiency is above all who little exposure to sunlight, perhaps because he spends many hours indoors due to work or hospitalization, but also i fragile subjects like the elderly, because skin synthesis of vitamin D decreases with age, as well as those who do not follow a varied diet or women in pregnancybreastfeeding or suffering from osteoporosis due to an increased need », Dr. Valentino lists.

People with obesity are also at risk: being fat-soluble, in fact, that is absorbable by the intestine only if mixed with fats, vitamin D it is almost totally stored in the fat cells, from which it is then released in small quantities. Therefore, in the case of severe obesity, it is “sequestered” to a greater extent and consequently cannot be exploited by the body, increasing the risk of developing a deficiency. The problem is that a mild deficiency generally does not cause symptoms, so it can go unnoticed: “Only when it becomes more important can it lead to a state of general malaise, characterized by chronic fatigue, joint and muscle pain, drowsiness, irritability, reduced mood and lowered immune defenses, with a greater tendency to gingivitis, colds and so on “. There are also unsuspected signs that should set off a wake-up call, such as dry, inelastic-looking, dehydrated, and flaky skin. “The reason lies in the fact that this vitamin has anti-inflammatory and antioxidant properties, which help protect skin cells, but also in its influence on the thyroid gland, whose hormones are essential for the good health of the skin and skin appendages, or nails. and hair “.

How to increase its levels

The only way to measure its levels with certainty is a test called 25-hydroxy vitamin D, a simple blood test. If the deficiency is confirmed, it is a question of running for cover. “The easiest way to stock up is sunbathe: in the summer, a daily walk of about twenty minutes in the open air is enough, in the central hours of the day, with uncovered arms and legs », suggests Dr. Valentino. Nutrition can also be useful, even if few foods contain appreciable quantities of this vitamin, so much so that the diet can provide a maximum of 10 percent of the requirement.

Foods that contain the most vitamin D are all of animal origin: fatty fish (salmon, herring, eel, carp, red snapper, mackerel, trout, sardines, tuna), dairy products, egg (especially yolk) and cod liver oil. “Unfortunately, consuming them every day is not enough to satisfy the daily requirement of vitamin D, but it is nonetheless necessary the exposure solar”, emphasizes the expert.

The sun’s rays convert a molecule present in the skin (7-dehydrocholesterol) into cholecalciferol, which in turn is transformed in the liver and kidneys respectively into calcifediol and calcitriol, the latter the active form of vitamin D. “To our latitudes it is not easy to synthesize it adequately for the whole year, so supplementation may be necessary, which must always be recommended by a doctor: without real certainty in terms of deficiency, it makes no sense to start supplementation, because overdose it could lead to widespread calcification of the various organs, muscle spasms, vomiting, diarrhea, nausea, polyuria and weight loss », warns the expert.

How long does it take to increase vitamin D

By the way, one supplement is not worth the other. The most prescribed is the cholecalciferol, the ‘inactive’ form of vitamin D which must undergo a cycle of reactions in the liver and kidneys before being used. But there are also calcitriol, dihydrotachisterol, alfacalcidiol, calcifediol or ergocalciferol. For example, calcifediol is already active and does not require metabolism in the liver, so it is indicated in obese patients, in those with malabsorption problems or those taking drugs that can alter liver function, while calcitriol is already active also. at the renal level so it is suitable for those with renal insufficiency, where on the contrary a molecule such as cholecalciferol could be useless. “The doctor has to decide which preparation to administer and in what doses. Time also varies: to increase vitamin D levels, a daily, weekly, monthly or yearly dosage schedule may be needed. It all depends on the individual case “.

How much vitamin D do you need per day

The recommended intake levels vary according to age and physical condition: «In general, in the adult and healthy Italian population, 15 micrograms per day are recommended. This dose helps to maintain normal levels of calcium and phosphorus in the blood, preventing the processes of mineralization of the skeleton, bone deformation and pain, rickets in children, ostemalacia and osteoporosis in adults “, concludes Dr. Valentino.

“As for the muscleson the other hand, with a lack of vitamin D one could face severe asthenia, myopathy, sarcopenia and a reduction in strength with balance disturbances ».

Gianluca Zompi
2029 posts
Previous Post
Cooking broad beans: here are the tricks and tips to enjoy them at their best
Next Post
The new trendy accessory will make you shine like never before!