Who is Alexia of Holland, the princess who competes with Leonor of Spain 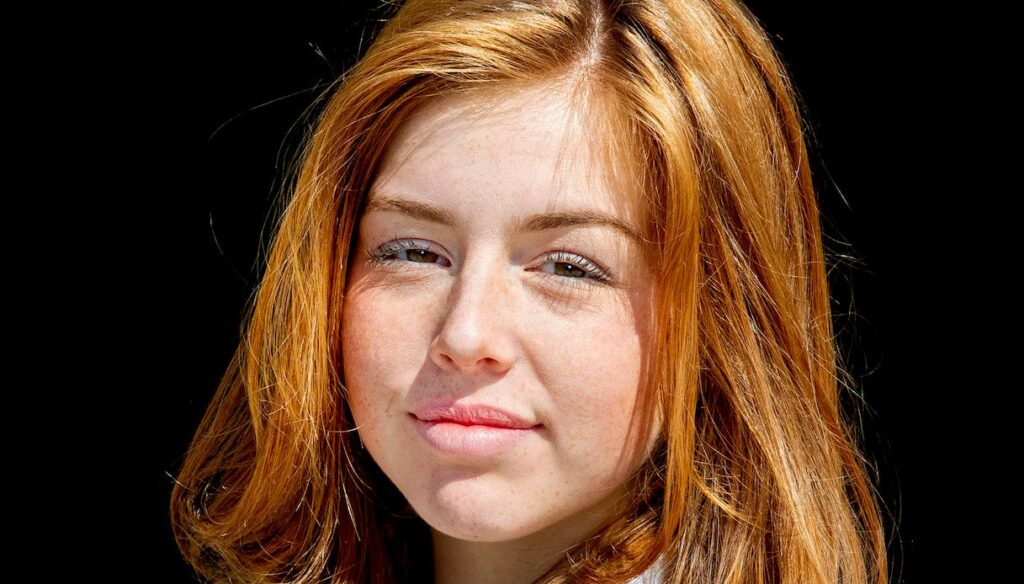 Alexia of Holland is the second child of King William Alexander and Maxima of Holland, as beautiful as Leonor of Spain of the same age.

Red hair, a very sweet smile and an innate elegance: we are talking about Alexia of Holland, second daughter of King William Alexander and Maxima of Holland and younger sister of Princess Amalia, future sovereign of the Netherlands.

Born on June 26, 2005, Alexia d’Orange-Nassau has another sister, Ariane, who is two years younger. The three Princesses, by the will of the sovereigns, all bear names with A (although the future Queen was registered as Catharina-Amalia).

Like every young princess, Alexia too – like her sisters – has received a strict education: she can speak perfectly Dutch, English and Spanish. She is a sportswoman, loves skiing and horse riding.

Today Alexia is studying at Christelijk Gymnasium Sorghvliet in The Hague, a high school that her older sister also attends, but from September she will take lessons at the United World College, the same prestigious institution to which another Princess, Leonor of Spain, is also enrolled.

The exclusive institute has long been chosen by the royal families, so much so that even Alexia's father, King William Alexander, attended it from 1983 to 1985, before enrolling at the University of Leiden, where he studied history.

As for the daughter of Letizia and Felipe VI, Alexia's studies will also last two years: the young royal will follow an international program that includes humanities and scientific subjects, first of all diplomacy, languages ​​and economics, and then courses in theater and work experiences in contact with people belonging to weaker categories.

But while Leonor of Spain will often return to her homeland to play her role as future Queen, Alexia, as the second child, will likely live longer periods away from her home country and as often happens with second children (Prince Harry teaches) is considered a bit 'the rebel of the house.

In terms of charm and charm, Alexia can only compete with the beautiful Leonor of Spain: like her peerage she is beautiful and charming and with a certain taste in dressing, inherited from her mother Maxima.

Unlike the Princess of Spain, who is beginning to debut as the future Queen by attending events and even giving speeches alone, without Letizia and Felipe, for Alexia, reigning is not in the programs: her older sister, Amelia, will inherit the throne.

Giovanna Pirri
4961 posts
Previous Post
Isola: it is war between Vera and Cerioli. And a new destiny emerges for Isoardi
Next Post
Brad Pitt walks out of the clinic in a wheelchair and worries fans