Who is Amanda Gorman, the young poet from the Biden settlement 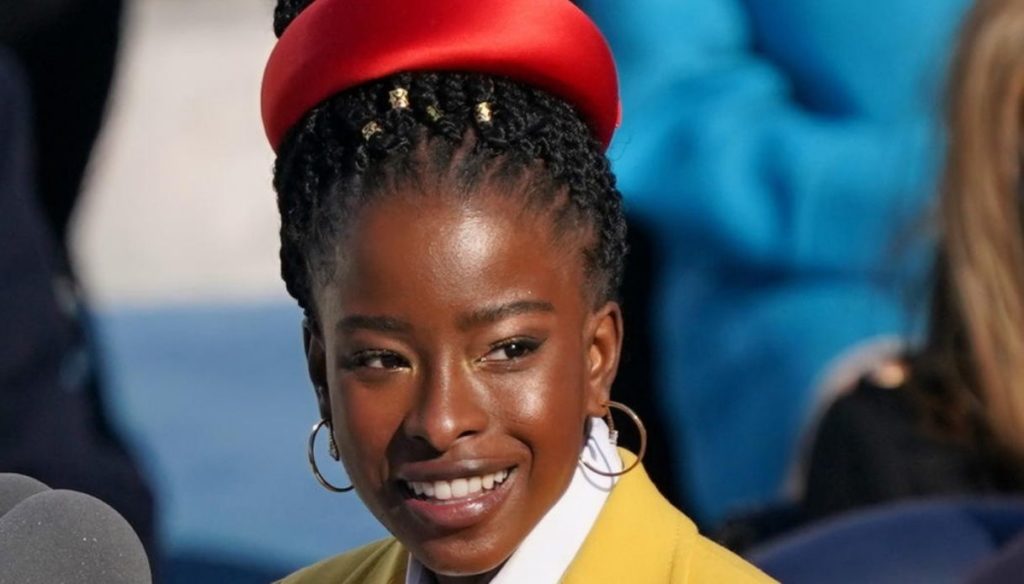 With her poetry she moved and focused attention on important issues, Amanda Gorman is 22 years old and is already an important voice in American culture

His speech will be remembered as one of the most exciting moments of Inauguration Day, the inauguration of Joe Biden as the 46th President of the United States and his Deputy Kamala Harris. Born in 1998, Amanda Gorman is a poet and activist, who at only 22 years old already has an important record, that of being the youngest poet to have acted in an inauguration ceremony. The verses contained in his composition The Hill We Climb, recalled the theme of the day, that is America United, and the future, without forgetting the even more recent past.

Amanda Gorman started composing poetry at the age of eight and, like Joe Biden (who was a stutterer as a child), had a speech impediment. In 2015 he published his first book of poetry, in 2017 he won the title of National Youth Poet Laureate which is given to the best young talent in the field of poetry in the United States. The themes that characterize her works are above all those related to oppression, feminism, racism, marginalization and the African diaspora. Among other things, he gave birth to One Pen One Page, a non-profit organization dedicated to disadvantaged young people who wish to take part in creative writing programs and then publish their works. She has a BA in Sociology from Harvard.

Amanda Gorman is only 22 years old but already a recognized voice of American culture, just think that she was the first young poet to inaugurate the literary season of the Library of Congress and that one of her poems was purchased by the Morgan Library & Museum in New York for be exhibited alongside the works of the American poet and writer Elizabeth Bishop.

Indicating her for the inauguration ceremony was Jill Biden, the First Lady, who had overheard her during a reading at the Library of Congress.

The smiling face and the power of words, Amanda Gorman was applauded and admired even by prominent figures of American politics and culture.

Former President Barack Obama tweeted: “On a day for history books, Amanda Gorman delivered a poem that has more than met the moment. Young people like her are proof that 'there is always light, if only we are brave enough to see it; if only we are brave enough to be '", words accompanied by the video of the intervention. Michelle Obama also shared a photo of the young poetess during her speech on Twitter, writing: “With her strong and touching words, Amanda Gorman reminds us of the power each of us holds in supporting our democracy. Keep on shining, Amanda! I can't wait to see what you will do next ".

Hillary Clinton shared a selfie with Amanda Gorman, recalling that the young poet has promised to stand for election in 2036: "And I can't wait," she wrote.

Oprah Winfrey, also on Twitter, wrote words full of emotion: "I have never been more proud to see another young woman stand up! Brava Brava Amanda Gorman! Maya Angelou is exulting, and so am I ", recalling the poetess who intervened during the inauguration ceremony of Bill Clinton.