Who is Amanda Knox 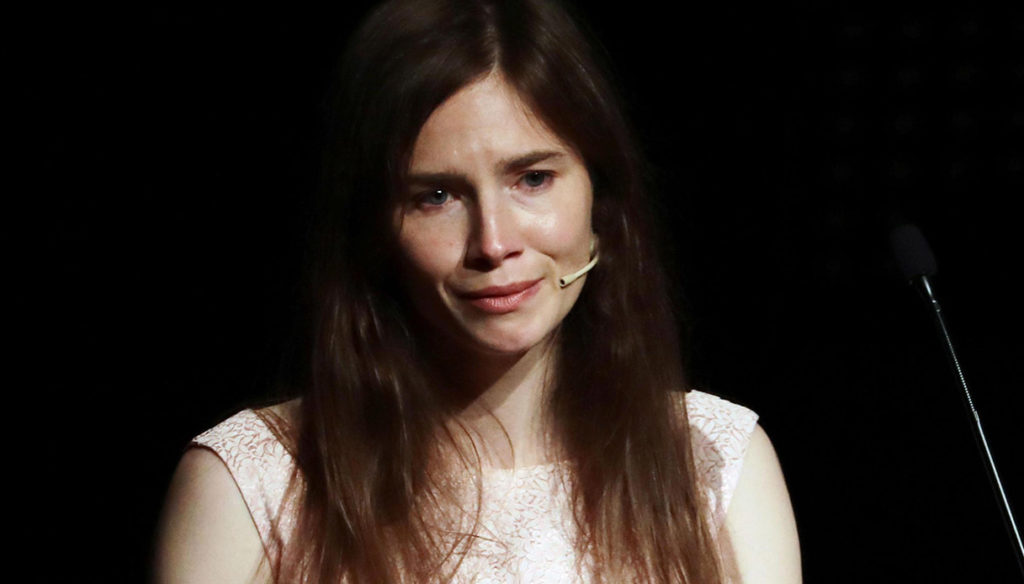 Perhaps it needs no introduction because the fame of its legal affair, which has jumped from one international tabloid to another, precedes it. We are talking about Amanda Knox, the American girl involved in the Perugia crime who has returned to the headlines for her recent statements against Italy on the occasion of the US presidential elections.

And many things have been said about Amanda, from her relationship with Raffaele Sollecito to the murder of Meredith Kercher; his life has been around the world, far and wide, also thanks to that documentary of the same name which told his story.

Among the most salient points of his life is the murder of Meredith Kercher; Amanda, together with Sollecito and the Ivorian Rudy Guede, was among the main suspects for the brutal death of the English student with whom she lived and had a bond of friendship.

Until that evening in 2007, which went to the news as the Perugia crime, Amanda is a girl like any other; already enrolled at the University of Washington, she chooses the beautiful Umbrian town to attend an Italian course. And it is here that he makes a strong friendship with Meredith, the two in fact share the apartment.

Then, Meredith Kercher's body is found lifeless in that apartment on the night of November 1st with 47 stab wounds inflicted on that now defenseless body. From that moment on, a long judicial process began, media attention was skyrocketing, thanks to the nationality of the two students. The judicial affair ends at first with the conviction for murder for the three suspects, but in 2011 Amanda Knox and Raffaele Sollecito are acquitted, while Guede is sentenced to 16 years in prison.

Today Amanda has returned to live in America, in her hometown Seattle, leaving behind, perhaps forever, the period linked to Italy. After the long process, the girl has rediscovered the will to live and also love with the writer Christopher Robinson who often appears in the shots on her Instagram profile.

But no one has forgotten that crime of the young Meredith, as confirmed by that film in which Amanda is played by the model Cara De Levingne and then that autobiographical book published by Knox herself, which later became a best seller. Before leaving Italy, the young woman had to serve 4 years of preventive prison while the trial was to take place. She was also charged with a 3-year sentence for having involved and slandered Patrick Dija Lumumba who was then totally unrelated to the facts.

And it is precisely to this period of her life that Amanda refers in a cutting tweet published on the occasion of the US presidential elections. “Whatever happens, the next four years can't be worse than the four years I spent studying in Italy, right?”, Reads Knox's Twitter profile. The reference is to the American elections but the dig, not too veiled, is aimed at our country and what was probably the most complicated period of his life.

Of Italy, of course, she does not have a good memory left, but Amanda is currently a reborn woman who does not forget her past, as confirmed by her collaboration with a company committed to investigating judicial errors, the National Innocence Project.