Who is Brando, the son of Christian De Sica 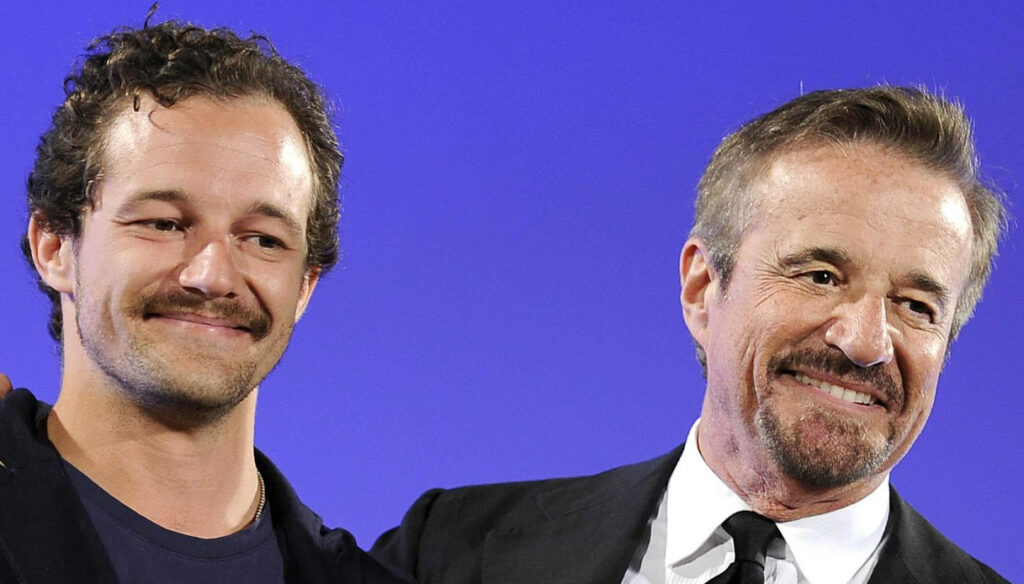 The successful career of Brando De Sica, from his film debut to directing with his father Christian

“I owe a lot to my son Brando”: these are the words with which Christian De Sica spoke at the presentation of the film I'm Only Ghosts, in which he also talked about his son's passion for horror films.

Brando De Sica was born in Rome on 10 March 1983. Son of Christian and Silvia Verdone – sister of the famous Carlo – the young heir to the great Italian cinema grows up surrounded by art and film sets, to which he approaches from an early age .

Despite the surname he bears, he wanted to fulfill himself with his own strength and talent. Brando compared the profession of director to that of the Captain of a ship, for which the esteem of his team is essential. In an interview with Elle, he said: "Your crew must be able to respect you. For this to happen, you have to get skin and you have to go through the storms. Negative experiences are therefore fundamental ”.

Matured with the teachings of his father, himself son of the Oscar winner and founder of neorealism Vittorio De Sica, Brando makes a long apprenticeship between television commercials and various fiction. He then decides to complete his training in the United States, at the University of Southern California, where he graduates in Art and Cinema.

The choice to study in the USA was not accidental but well thought out. Brando thus wanted to enhance his personal and professional growth through contact with other cultures, which allowed him to explore them from within and "walk inside".

Brando made his film debut alongside his father and Massimo Boldi in the 90s – Part II. Later, he took part in A spasso nel tempo (1996) and A spasso nel tempo – L'avventura continues (1997), directed by Carlo Vanzina, and then assumed the role of Pietro Valobra in the series Compagni di Scuola (2001) . It is directed by Rossella Izzo in Attenti a Quei Tre, in which he participates with his father Christian and Paolo Conticini.

After his experiences as an actor, Brando De Sica moves on to directing through the video clips Gun At Your Head by Veronica Coassolo and RSX and Shotgun by Outline. In 2008, he is behind the camera for Parlami di Me, a film adaptation of the theatrical show written by Maurizio Costanzo and Enrico Vaime. The protagonists are still the father Christian and Paolo Conticini. The film was also presented at the Rome International Film Festival. With L’Errore, shot in 2015, he obtained the prestigious Silver Ribbon while in 2018 he is co-director with the father of Amici Come Prima, which marked the return of the Boldi-De Sica couple in a cine-panettone.

To the wealth of knowledge learned from his family, Brando has combined those acquired from the work experiences conducted with Matteo Garrone, whom he considers as his teacher. Together with the understanding on the set, the two colleagues also united a deep friendship.

Very little is known about his private life. Brando has a sister, Maria Rosa, who married Federico Pellegrini a few years ago. Some time ago, he had been paparazzi in the company of a girl named Francesca, but there are no updates to be able to say that they are still together.

Brando is also a grandson of art. His uncle is Carlo Verdone, currently busy with the pre-production of a new television series which he will call Vita Da Carlo. The famous Roman director and actor has just published a book, La Carezza della Memoria.

Barbara Catucci
12051 posts
Previous Post
Very true, Fabio Volo: the dedication to his father moves Silvia Toffanin
Next Post
Very true, Max Pezzali between the love for his son and the 90s success
You must be logged in to post a comment.
Menu