Who is Caterina, the adopted daughter of Simona Ventura 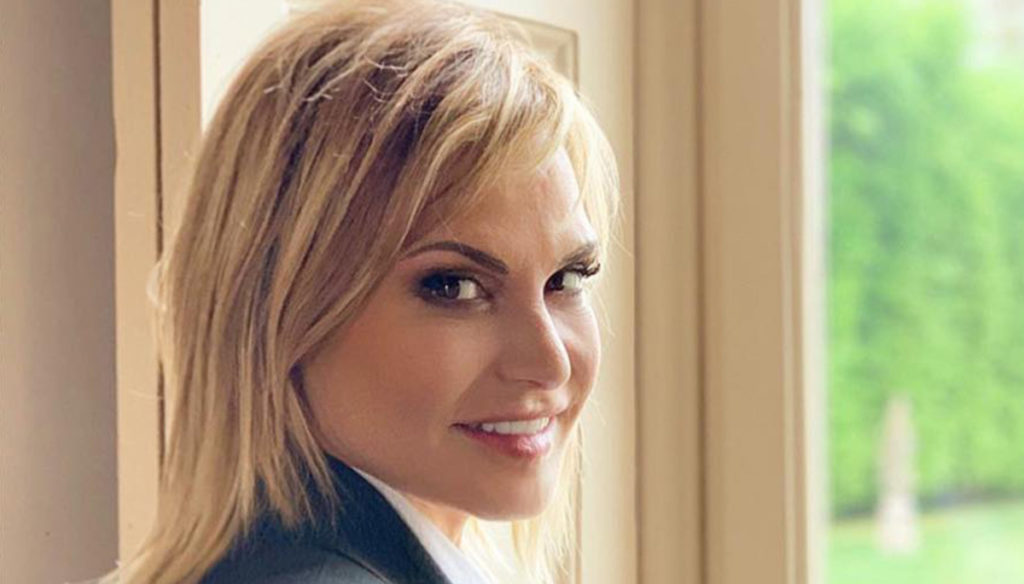 Simona Ventura has two natural children, born from the stormy marriage with Stefano Bettarini, but also an adopted daughter, Caterina, with whom she managed to establish a very close and affectionate bond. One of those who indelibly marks people's lives by redefining their priorities.

In 2006 Simona Ventura was already a mother of two children and believed that she had an absolutely full life, to be frantically divided between work commitments and care for the family. In that frenetic moment of her life Simona met Caterina, who at the time was only a few weeks old: the child was the daughter of a relative of Simona who for various reasons could not take care of her.

As he stated on several occasions, Simona decided in a moment to take care of Caterina, despite the commitments, despite the serene family atmosphere (Simona and Stefano Bettarini would have separated in 2008) and despite the difficulties of the foster care path , Which Simona started immediately.

The girl was initially entrusted to Ventura for a period of two years: at the end of the term the foster care was renewed for another two, but Simona already had the desire to want to take care of Caterina for the rest of her life. For this reason, he asked and obtained that the custody was first transformed into a sine die, that is, without a term, and then into a real adoption, which took place in 2014.

As the host explained, it was difficult to make the biological mother of the child understand that she had no intention of replacing her or of breaking the relationship between Caterina and her real mother. Simona's main purpose was to protect Catherine from a legal point of view, attributing her surname.

Over the years Caterina became in all respects the younger sister of Niccolò and Giacomo, the two beautiful children born from the marriage of Simona Ventura and Stefano Bettarini. The presenter said that her two boys are delicate and protective of the "princess of the house" and that this fills her heart with joy.

Caterina turned 13 on May 31: to celebrate this important moment in the life of her little girl Simona has published on her Instagram profile an author shot in which she and Caterina appear embraced and smiling. This is the caption with which Super Simo accompanied the photo:

This last photo, taken by Giovanni Gastel, represents what you are to me little princess ♥ ️ You enter your sweet and sour adolescent age with your 13 years.
And I will always be by your side! Happy birthday! 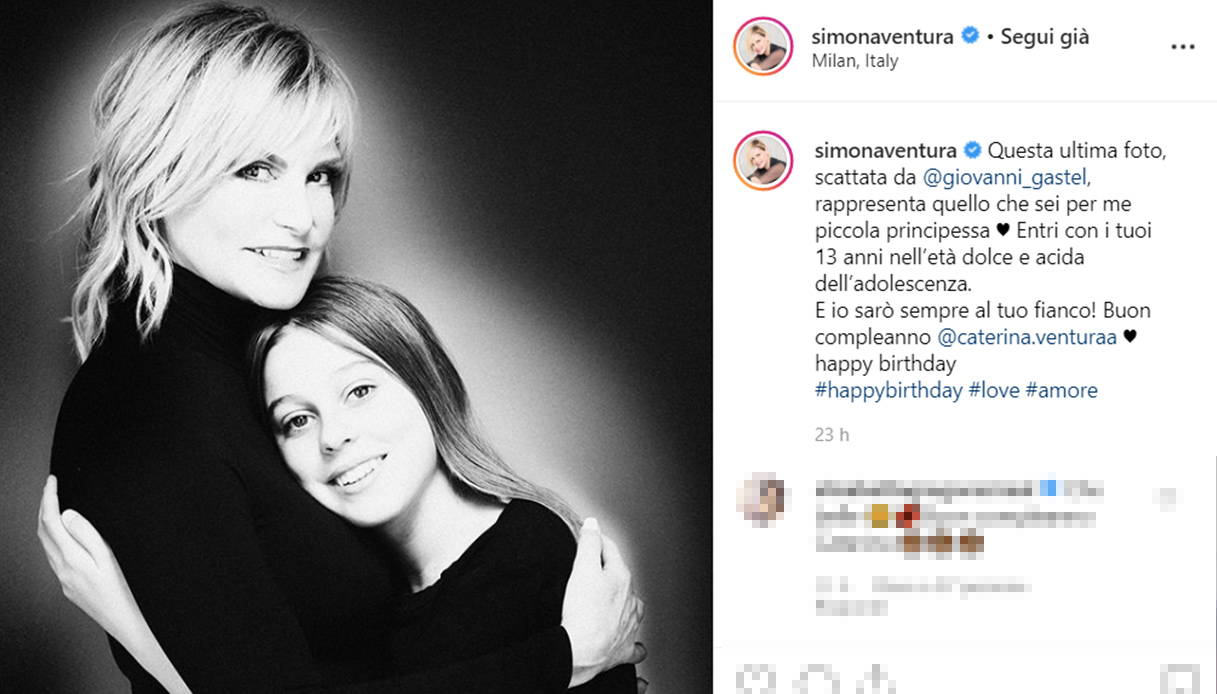