Claudia Squitieri is the daughter of Claudia Cardinale, born from her great love for the director Pasquale Squitieri. 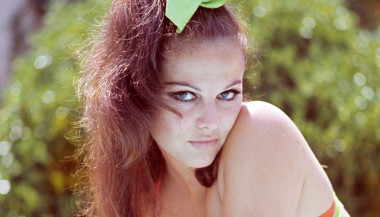 Claudia Cardinale, the Italian BB that conquered the greatest directors

Claudia Squitieri is the daughter of Claudia Cardinale, queen of cinema and beloved actress. Second child of the diva, it is the fruit of her great love for the director Pasquale Squitieri, which lasted over twenty years. A passionate and overwhelming love story, born shortly after the first meeting on the set of I guappi. At the time, the Cardinal was linked to producer Franco Cristaldi, but the filmmaker immediately bewitched the actress.

“Pasquale was rough, he bumped me and attracted me strongly, he took me inside”, she said later. To win Squitieri's heart, Claudia flew to New York. It was the beginning of a love story as overwhelming as it was tormented, marked by the birth of his daughter Claudia. “I shot ten films with him – the Cardinal explained to Corriere della Sera -. Then we had a daughter together that he wanted to call after me, Claudia, and do you know why? I didn't want to get married, so I would never have acquired her surname, her daughter Claudia would have been called Squitieri, as if I had married myself ".

Claudia Squitieri has always lived away from the spotlight and since childhood the actress has tried to defend her from gossip. Throughout her pregnancy, the Cardinal was persecuted by photographers, experiencing moments of great tension. As beautiful as her mother, Claudia is the second child of the diva, who at 16 gave birth to Patrick the firstborn. The Cardinal was very young when she was raped by a man and became pregnant.

Claudia decided to keep her son and raise him together with his parents. "A man I did not know, much older than me, forced me to get into the car and raped me – he explained in a touching interview -. It was terrible, but the best thing is that my wonderful Patrick was born from that violence. In fact, despite being a very complicated situation for a single mother, I decided not to have an abortion. When that man learned of my pregnancy, he came back, demanding that I have an abortion. Not for a moment did I think of getting rid of my creature! I talked about it with my wonderful parents and with my sister Blanche and all together we decided that my baby would grow up in the family, like a younger brother ”.