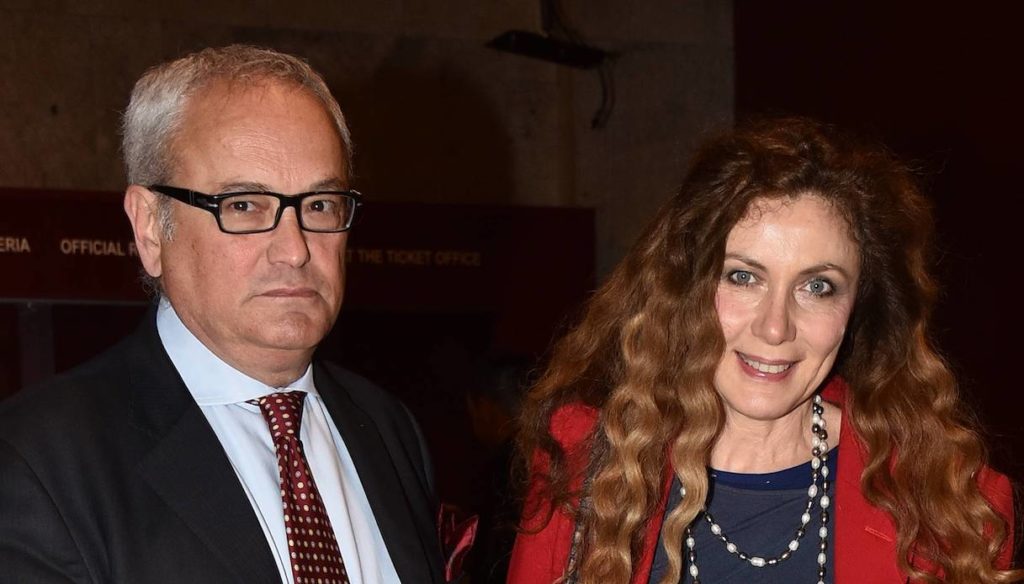 Successful entrepreneur, Claudio Gilbo has been romantically linked to Eleonora Brigliadori for many years

She was a very famous showgirl, before moving on to her career as an actress and then slowly leaving the world of entertainment: Eleonora Brigliadori has completely changed her life, but her husband Claudio Gilbo remains at her side, with whom she has created a wonderful family.

We know very little about the man with whom the showgirl decided to share her life. Claudio Gilbo, a Roman by adoption, studied Engineering and is a successful entrepreneur. He has always lived away from the spotlight, even after marrying a famous woman like Brigliadori. Eleonora herself, who many years ago caused a sensation with her decision to announce the wedding on live TV (it was 1982, and after presenting a new episode of Dallas she had revealed that she was one step away from the wedding), for some time seems to have rediscovered the value of privacy.

Eleonora Brigliadori and her husband Claudio had three wonderful children: Beatrice, Maria Teresa and Gabriele. The latter, despite having always remained out of the world of entertainment, in 2018 should have joined the cast of Beijing Express with his mother. However, both were disqualified even before the start of the reality show, due to some harsh sentences that the soubrette uttered against Nadia Toffa, reporter for Le Iene at the time engaged in the fight against cancer – a fight which, unfortunately, , he lost the following year.

Brigliadori, who gave a total change to her life, has in fact a peculiar vision of the disease. She herself, suffering from cancer, revealed that she had defeated it without surgery or chemotherapy, rather facing it with what is known as the "Hamer method". Over the years she had clashed with Maurizio Costanzo and, later, with Nadia Toffa precisely because of her outbursts, and in 2018 they cost her participation in Beijing Express.

Apparently, Claudio Gilbo also shares, at least partially, his theories regarding alternative therapies. In fact, he publishes numerous messages on social media in support of practices that do not involve the use of official medicine and, according to some rumors, he himself has given up chemotherapy after being operated on for adrenal cancer.