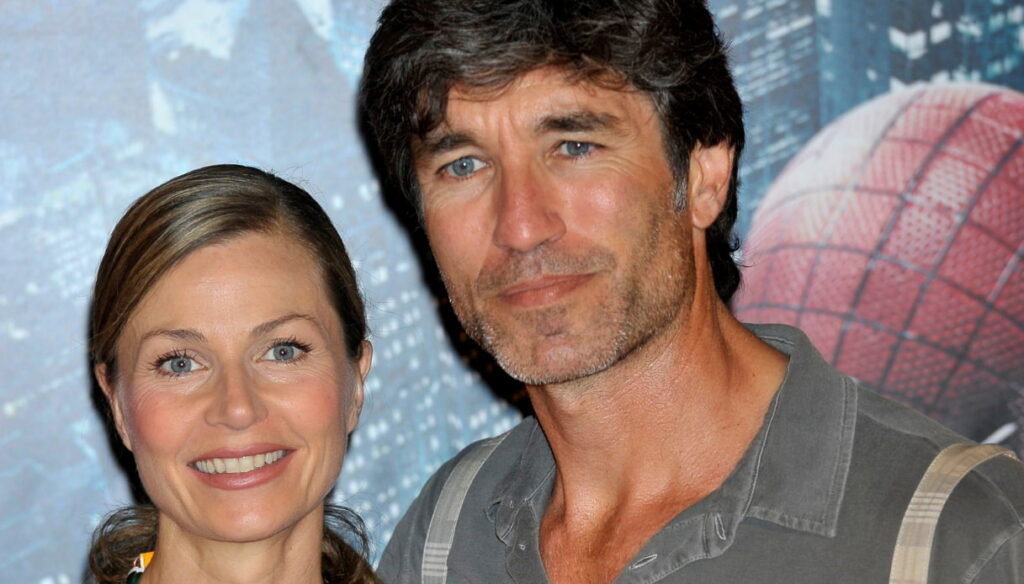 Daniela Battizzocco is the wife of Brando Giorgi and a well-known face of Italian TV. Born in 1970, she was born in Bolzano and from a very young age she began to cultivate a passion for acting. The debut came with the program Under whose touch it is, later it landed in Tira e Molla. The following year, in 1997, she was chosen as a permanent member of the cast of Domenica In.

In the nineties, Daniela participated in numerous programs, including Tappeto Volante and Good luck with Carlo Conti and Paolo Fox, where she played the role of the "siren", replacing the "gypsy" Cloris Brosca. Not only television successes, in that fortunate period for her career, Battizzocco also met the man of her life: Brando Giorgi. A love crowned by the wedding and the birth of two children: Camilla and Niccolò. Shortly after the birth of her eldest daughter, in 2001, Daniela Battizzocco was chosen to support Ela Weber and Tiberio Timperi at the helm of Seven for One on Rai Uno.

After the successes as a presenter, Daniela decided to debut in the world of acting. In 2005 she joined the Vivere group, impersonating Rossana Marchini, and participated in some episodes of Il supermarket, a Canale Cinque sit-com. Later her interest shifted to the theater, a love shared with her husband Brando Giorgi.

Brando and Daniela, linked for many years now, have always remained united, overcoming a crisis some time ago. Battizzocco is among the biggest supporters of Giorgi, a competitor of the Isola dei Famosi 2021. "If he does not succeed we will be ready to support him – confessed the actress and presenter to the weekly DiPiù -. However it may be for me and his children, he will always be the winner. He prepared very well physically – he added -. And he told me he will want to find a moment to retire in prayer. He is very keen to move forward ”. Finally, he underlined the great willpower of the actor, who in recent years has faced the job with great determination. "He has always accepted the ups and downs of the actor's work – he said -. He has always rolled up his sleeves without leaving acting ”.

Barbara Catucci
7903 posts
Previous Post
Today is another day, Serena Rossi confesses about Davide Devenuto and the wedding
Next Post
Letizia of Spain proud of Leonor: the Princess's first speech