Who is Doug Emhoff, the husband of Kamala Harris 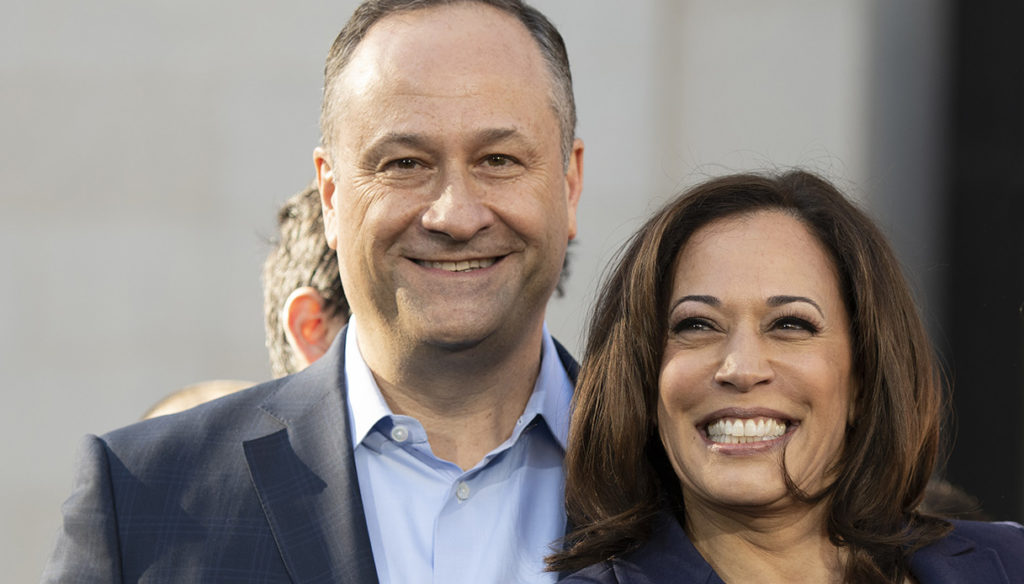 It is said that behind every great man there is always a great woman: and when are the roles reversed? Kamala Harris, in November 2020, became the first female vice president of the United States of America, and it is inevitable that our curiosity will also be unleashed towards her husband, Doug Emhoff.

In fact, according to what we learn, he too would be an extraordinary person. Douglas Emhoff, born in 1964, was born into a family of Jewish origins and spent the first years of his life in Brooklyn with his brother Andy and his sister Jamie. He was still very young when his parents moved to New Jersey, while his adolescence was spent in California. At school, Doug has always shown brilliant intelligence and a great desire to do. Upon graduation, he decided to pursue his studies at California State University and eventually majored in Law at USC Gould School of Law.

Doug Emhoff, who did various odd jobs, including a fast food clerk, to pay for college, soon started a very successful career. At first he was hired from among the ranks of young lawyers at a major Californian firm, then he decided to set up his own business and finally climbed to the top of a major company by becoming a partner of DLA Piper, working in the Washington and California offices. Yet, in 2020 he chose to put his thriving business on standby.

He did it out of love: Kamala, his wife, needed support at the most important moment of his life, and Doug didn't hesitate to make a difficult decision. Harris, running for the US presidential elections alongside Joe Biden, was thus able to enjoy the support of a husband who, far from feeling overshadowed, did everything in his power, working behind the scenes. A heart-warming example: in a world still dominated by gender bias, the story of Doug and Kamala is truly splendid.

The two met several years ago: Emhoff had a long marriage that ended recently, and he immediately lost his mind to Kamala Harris. They got married in 2014, with a splendid ceremony officiated by Maya, the bride's sister. And it soon became clear that theirs would be a wonderful extended family. Harris has in fact formed a beautiful relationship with Doug's children, two lovely boys named Cole and Ella.

Giovanna Pirri
4519 posts
Previous Post
Anti-inflammatory diet: foods to avoid to protect the heart
Next Post
With the "sick sisters" the tumor is better fought