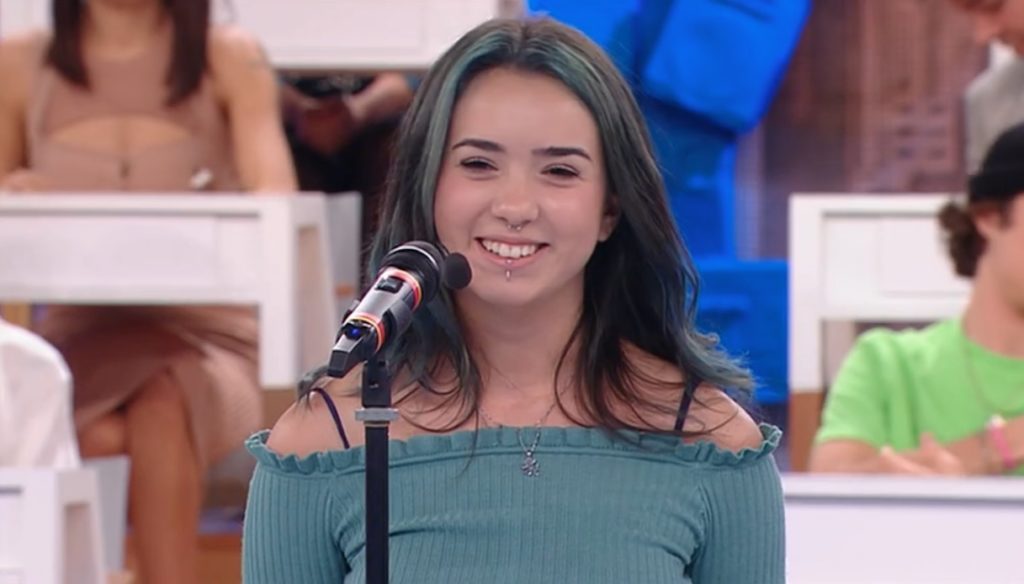 Federica La Rocca, known as Kika, is one of the new singers of the Amici school, who has conquered Arisa

Federica La Rocca, known as Kika, is one of the new singers of the school of Amici, the talent show of Canale 5 conducted by Maria De Filippi.

The young singer was born on November 28, 1998, she is originally from Caltanissetta and before joining the program she was a bartender: "At 16 I felt I had no more dreams, I left school and it was like having a big black hole in front of me – he told the presenter -. There was something wrong, and then slowly thanks to the music and singing everything passed ".

The girl has cultivated her passion for singing as a self-taught, also learning to play the piano and guitar on her own. She introduced herself to Amici singing Summertime Sadness by Lana Del Rey, managing to get a desk in the most coveted school in Italy.

The young singer immediately conquered Arisa, who saw in her a special light, while she did not receive positive feedback from the other two teachers Rudy Zerbi and Anna Pettinelli: the teacher in fact during her performance blocked her music for a few seconds, shortly afterwards restarted by Arisa, who wanted her in his stable.

“A dream come true… I will always go on. This is what I want from my life… I want to live on music, my partner in adventures and misfortunes ”, he wrote on his Instagram profile thanking his supporters. In fact, in the space of two weeks, many Kika fan pages were born on social networks, which confirm the great affection of the public.

Federica can also count on the support and support of her sister Luana, her biggest fan, and her grandson who often peeks out among her photos and videos on her Instagram profile. Federica La Rocca then received a letter with which the family tried to encourage her:

It is useless to try to explain our happiness to you in words. We have always believed in you and will always continue to do so, however things turn out. We are proud of how you grew up, above all we are proud of how you formed musically by yourself. You and your talent. (…) May this experience be just the beginning for you and that life can give you your greatest dream, that of singing and transmitting to people the emotions you have inside.

Barbara Catucci
7128 posts
Previous Post
Today is another day, Cucinotta tells of love with Giulio and remembers Massimo Troisi
Next Post
All Together Now, all crazy for Eki: Michelle Hunziker and Anna Tatangelo get excited