Valeria Marini is deeply attached to her mother, Gianna Orrù: let's find out more about her

Valeria Marini is a very successful star, still on the crest of the wave after decades spent in theater, cinema and TV. Thanks to his talent, certainly. But also of the values ​​that were transmitted to her by her mother, Gianna Orrù: their relationship is today very solid, and the showgirl can always count on her most important point of reference.

Born in 1938, Ms. Gianna Orrù was born in Cagliari and spent most of her youth there, then moving to Rome to attend university. After graduating from ISEF, she dedicated herself to teaching: she spent her life between the capital and her native country, working in numerous schools as a teacher of physical education. In fact, she returned for the first time to the Eternal City to follow her heart, getting married in 1960 with Mario Marini.

From their love three children were born: Valeria Marini, the second child, has an older brother named Fabio and a younger sister, Claudia. In the 1970s, Gianna and her husband separated, so the woman decided to move back to Sardinia. This is where the showgirl grew up, starting in 1974, dreaming of a golden future in show business – a future she earned by working hard to achieve today's success.

While Valeria once again landed in Rome, ready to take her first steps as a model and actress, her mother Gianna continued to teach in Cagliari. And when she finally retired, she moved permanently to the capital to be close to her daughter. The two actually have a special relationship, as Marini has repeatedly revealed: "She is my point of reference" – explained the showgirl to Today is another day – "She is a very smart and very cultured woman, a personality important. I understand who I got my strong character from ”.

In recent years, Mrs. Orrù has been the victim of a bad misadventure: in 2018 she let herself be convinced by an alleged broker to invest very important figures online, without knowing that she ended up in the hands of a scammer. All this undermined the psychological health of Valeria's mother, but also their relationship: "I haven't heard from her for several months because she closed the bridges, I can't find a way to talk to her" – the showgirl confessed in an interview to Verissimo. But slowly they got closer and together they found the strength to report the crime immediately. 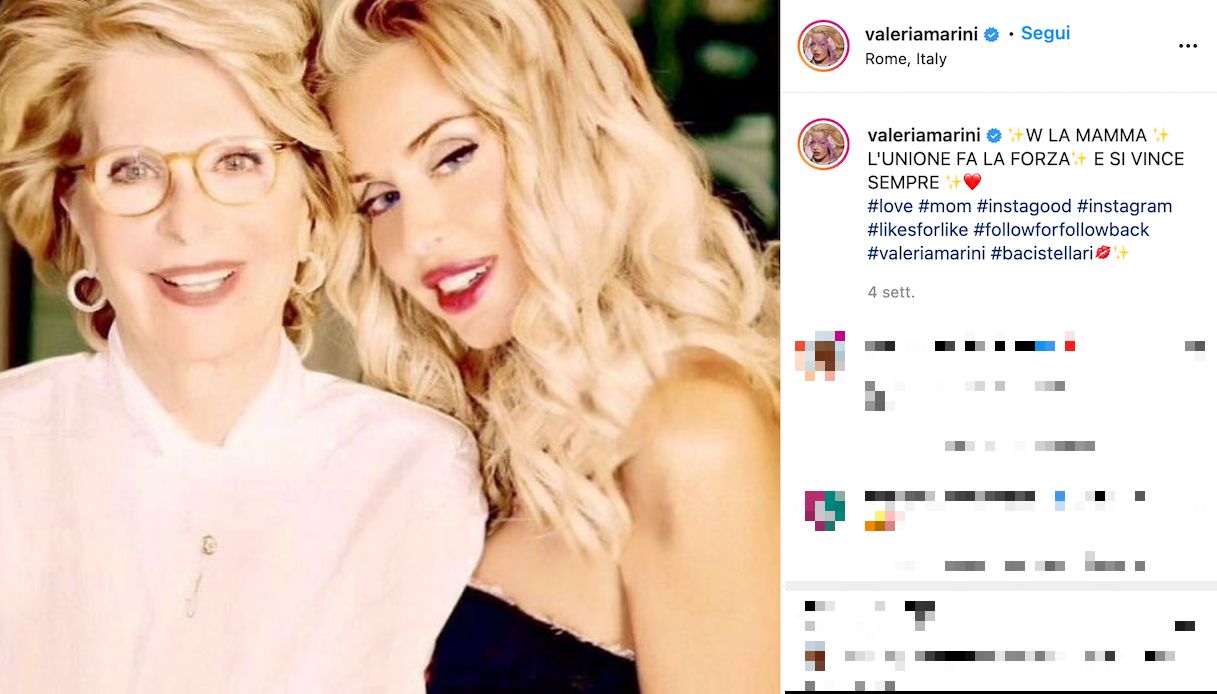