Who is Iris Ferrari, young writer and star of TikTok 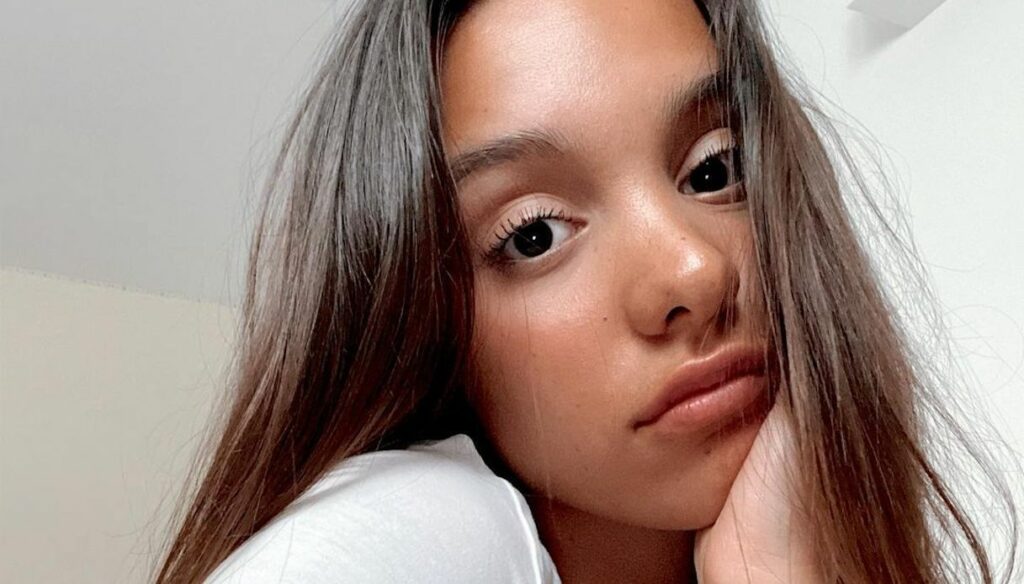 Iris Ferrari is one of the most popular influencers among teenagers: she landed on social media from a very young age – she was just 15 – telling about her life as a shy and introverted teenager.

Since then, a lot of water has passed under the bridge: the young woman has two books published behind her, One of you and Our Emotions, without considering the success on TikTok, where she has become a real star. Her relationship with social media, however, has never been easy: several times Iris has announced that she wants to leave this world to enjoy her adolescence.

Iris Ferrari as a child

Iris Ferrari's social media adventure began when she was just a girl: she was just fifteen when she opened her YouTube channel, a sort of diary in which to tell about her emotions and experiences as a teenager.

Being in front of the camera allowed her to overcome the shyness and insecurities that had conditioned her life until then.

Then it landed on Musical.ly – an app that later turned into TikTok – and since then its success has literally exploded: between ballets and funny clips today it has almost 3.5 million followers on the video platform.

The love stories of Iris Ferrari

Iris Ferrari has been linked for many years to youtuber Simone Ludovico: like any couple of their age, the two have gone through happy moments and other more complicated ones. The two boys broke up in 2017 at the behest of Simone, while Iris was on vacation in America, then the rapprochement: since then Ferrari and the boy have become a steady couple, and despite the rumors their relationship is going well.

Iris Ferrari has never hidden the intense and profound bond she has with her mother, the journalist Roberta Ferrari. On the other hand, there is not much information about the father: the woman in fact gave her both as a mother and father, as the influencer has often told.

"Dad, the one who raises his daughter, who stands by her throughout her life, who is an example and always supports her, who, despite her mistakes, teaches her, but above all who gives her love unconditional constantly, whatever happens, at any cost, every second of every minute of every hour of every day of his life. You, the only one, as far as I'm concerned, worthy of this noun ", wrote the young woman dedicating a post to her for Father's Day.

Iris Ferrari has a famous uncle: it is Luca Laurenti. The sister of Iris's mother, Raffaella Ferrari, is in fact married to the nice sidekick conductor of Paolo Bonolis. She is also very attached to Andrea, Luca's son, with whom she has a wonderful relationship.

Iris has always shown that she has many friends, both among tiktoker colleagues and beyond the world of social media. Ferrari was very close to Luciano Spinelli: to unite them, in addition to the collaboration on Musical.ly, also a beautiful friendship.

Then something broke between the two: in December 2020 they stopped following each other on Instagram and TikTok for no apparent reason. Any relationship between Iris and Luciano was interrupted, and to date neither of them has ever talked about it.

The activities of Iris Ferrari

Despite her young age, Iris Ferrari can boast many collaborations with various brands on the Italian scene that have chosen her as testimonial or ambassador. In addition to advertising campaigns, the young influencer, however, fulfilled her dream by publishing two books.

One of you was released for Mondadori in 2018, as she herself explained: "What you will find here is me, in my simplicity, in my yes and no moments, a girl like you, with so many dreams and so much passion that it puts into everything it does… one of you! ”.

One year after the first book, Ferrari published Our Emotions, a tale of the delicate transition from childhood to adulthood, amidst confidences, fears and suggestions.

Over the years, Iris has also launched her own merchandising, with backpacks, cases, sweatshirts, t-shirts and even popsockets, all with a printed unicorn, that is, as she has always affectionately called her followers. She also collaborated with Agogoa for a costume line dedicated to young teenagers like her. 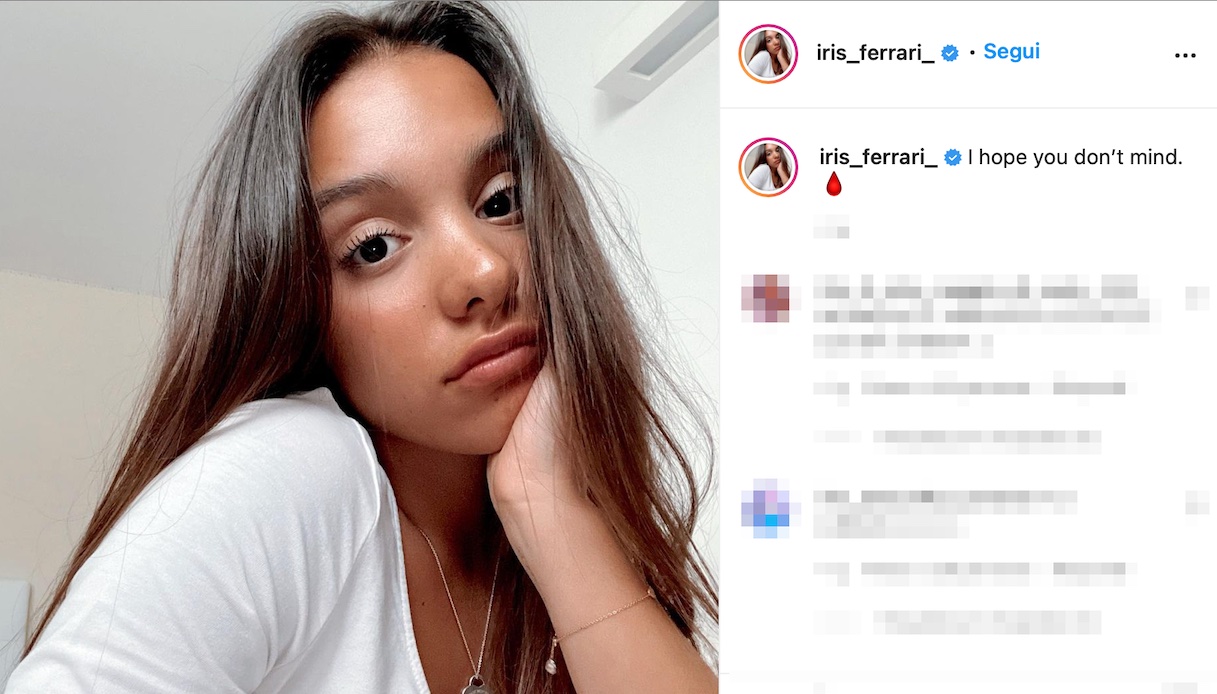 Barbara Catucci
8415 posts
Previous Post
Cecilia Rodriguez, because we cannot blame her for her jealousy for Ignazio Moser
Next Post
Tommaso Zorzi, happy despite the controversy: shows the new ultra-luxury house