Who is Luciano Spinelli, star of TikTok and Instagram 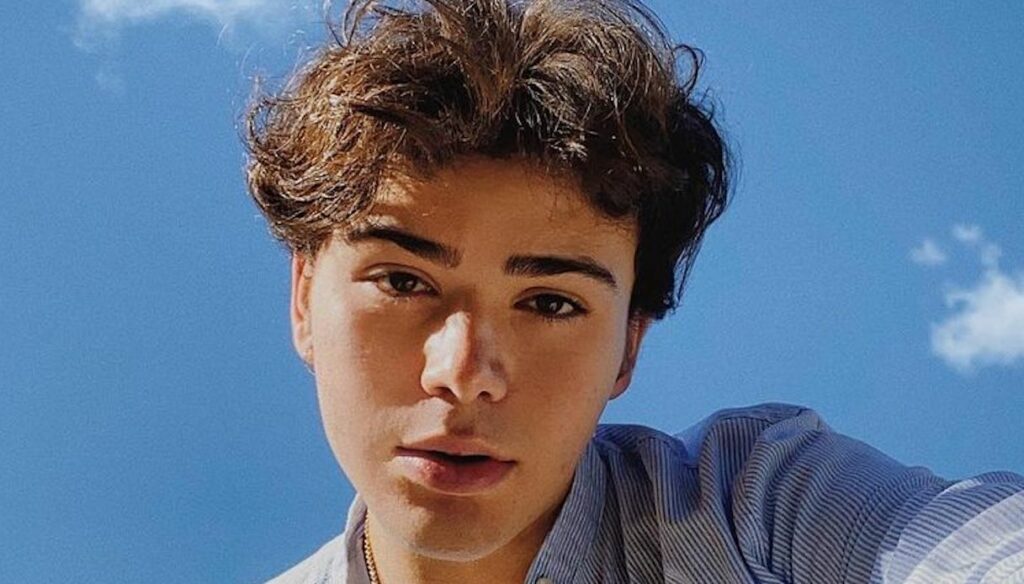 Who is Luciano Spinelli, star of TikTok among the most followed young creators in Italy with over 7 million followers

He is one of the most followed tiktokers in Italy, with over 7 million followers: impressive numbers for the very young Luciano Spinelli, who started his career in the world of social media for fun. In 2015 he published his first video on YouTube but the real success came first with Musical.ly and later with Tik Tok, who introduced him to young and very young people.

Proclaimed in 2017 as Muser of the Year, thanks to his popularity Luciano Spinelli wrote two books, Insieme and Per semper, and also landed on the small screen with participation in the Junior Bake Off program alongside Alessia Mancini and Flavio Montrucchio. But not only that: he was also a guest of Fiorello in one of the episodes of the Viva Raiplay show.

Luciano Spinelli as a child

Luciano Spinelli was born in Monza on July 14, 2000 to mother Isabella and father Davide. His childhood was not the most peaceful: in fact, the boy was bullied since elementary school. The school years were particularly complicated, but he managed to overcome the most difficult moments in high school, when he met those who would become his best friends, Francesca, Edoardo and Giorgia.

The love stories of Luciano Spinelli

Although he spends most of his days on social media, Luciano Spinelli has always kept his love life away from smartphone screens. Many thought that there was a relationship between the tiktoker and his colleague Ludovica Olgiati. Indeed, the two appear to be very accomplices, but they have always denied, claiming to be only very friends.

Luciano Spinelli is very attached to his mother Isabella and to his father Davide. However, the couple separated a few months after her birth and due to her mother's work commitments she spent her childhood alongside her grandmother Teresa and her aunts Sabrina and Veronica. He is very fond of the latter in particular, as well as of his cousin Denise, who has become almost a little sister over time. For some years the mother has had a new partner, Gianpaolo, whom Luciano considers a second father. From their relationship then was born in 2008 Gabriele, the younger brother of the boy.

It is easy to see friends and colleagues collaborating with him on Luciano Spinelli's social profiles, first of all Ludovica Olgiati, who appears very often in his videos. The young creator in fact publishes funny and original videos in the company of his best friend.

However, it seems that the boy had a fight with one of his tiktoker colleagues: it is Iris Ferrari. The two collaborated very often in the days of Musical.ly, but in December 2020 they stopped following each other on Instagram and TikTok for no apparent reason. There were those who even, given the close collaboration, thought that Iris and Luciano were together. Between the two, however, frost seems to have fallen, even if – at least until today – the causes of their separation are not known.

The activities of Luciano Spinelli

Luciano Spinelli is one of the most followed tiktokers in Italy, with his 7.7 million followers. Numbers to make your head spin and that led the young man to be a candidate for two years in a row, in 2018 and 2019, for the
Kid's Choice Awards as favorite Italian webstar.

A beloved face of Generation Z, Luciano has become a testimonial for several brands, he lent his voice to Pugsley in the animated film The Addams Family and starred in the web series Cabin 12006 that MSC created in collaboration with Nickelodeon.

In 2018 the Santa Barbara nel Mondo foundation awarded him the “Witness among young people against bullying” recognition precisely for the testimonies disclosed through social networks. He was also chosen as the testimonial of Amnesty International's 2019/2020 campaign against cyber bullying, a theme very dear to him also given his personal experience.

The tiktoker also has two books to his credit. In 2017 he published his first book for Rizzoli, entitled Together. My diary in your hands, with which it reached the top of the sales charts. It is a real secret diary, in which Luciano talks about himself without filters and with which he takes all his followers by the hand to take them on a colorful, poetic, fun and profound journey at the same time.

In 2019 he replicated his success with the second book Per Semper: a collection of his unpublished drawings, created over time, accompanied by the thoughts that inspired them, transformed in this publication, again for Rizzoli, into real poems.

In November 2020 Luciano Spinelli launched his first clothing line, with sweatshirts and t-shirts that carry the phrase Better than the hype printed: a concept that wants to celebrate the uniqueness of each of us, because we are perfect as we are. is.

The boy has a dog, a black French bulldog named Jack – who also has his own profile on Instagram – often the protagonist of his videos and shots on social media. 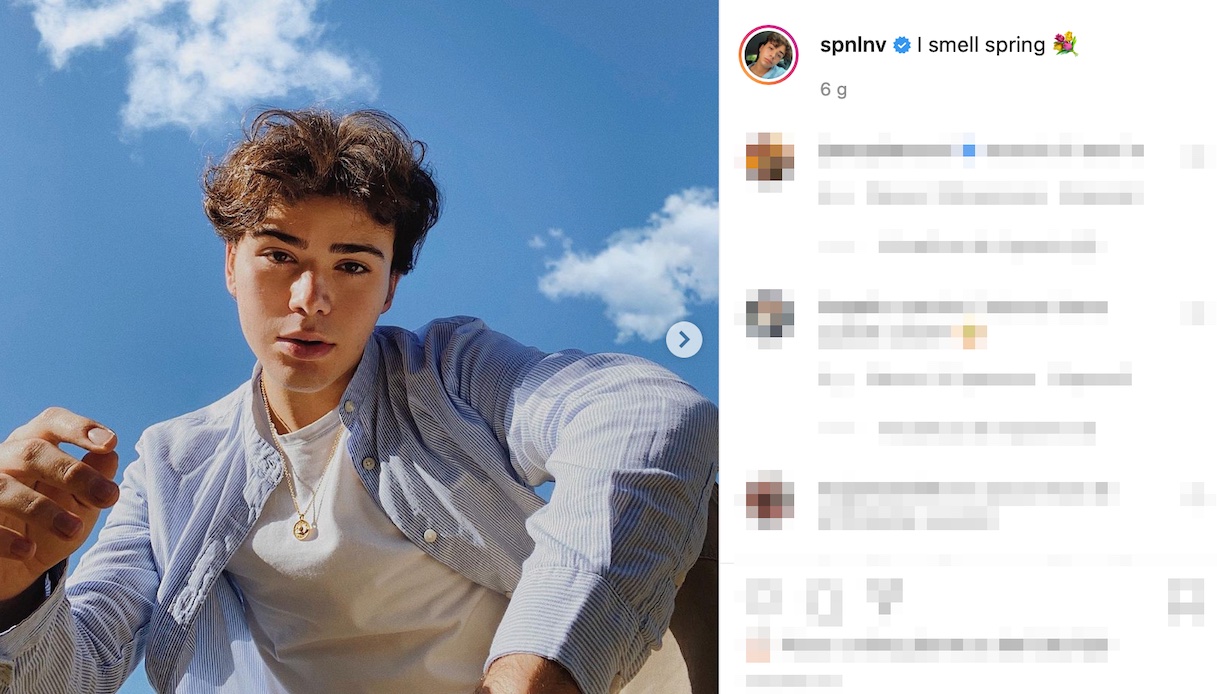 Barbara Catucci
8004 posts
Previous Post
Marco Giallini in Rocco Schiavone 4: previews on the second episode
Next Post
Romina Carrisi, a mysterious love and the return to TV from Bortone