Who is Luisana Lopilato, the wife of singer Michael Bublè

Here is who is Luisana Lopilato, the woman who won the heart of singer Michael Bublè 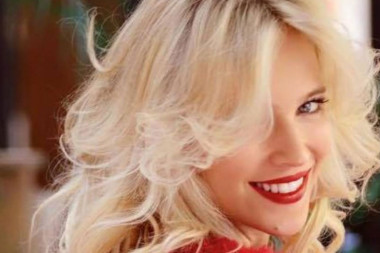 Very blonde, sexy and something extra: Luisana Lopilato is the woman who stole the heart of Michael Buble. Argentina, born in 1987, has Italian blood in its veins with a great-grandfather originally from Basilicata. If in Italy his name does not say much, in his country he is a real star. Thanks to a series of soap operas in which he participated, always playing primary roles, such as Chiquititas, Rebelde Way, Alma pirata and Casados. Not only that: she was also a member of the musical group Erreway, a band born in a talent, top model and stylist.

Love with Bublè was born in 2010, when she participated in a concert by the singer and, backstage, a record company introduced them. "At first he thought I was gay – the crooner explained – he was with a guy named Rodrigo, a handsome guy who looked like Brad Pitt. I thought they were together, so I started talking only with him, also because Luisana didn't speak English. In the end it turns out that they are not together, but in the meantime I got drunk by spending an hour talking to Rodrigo, renting him big pats on the back ”.

At the time she didn't speak English and he didn't even know a word of Spanish, but it was immediately love. Shortly afterwards, in March 2011, the couple got married in Argentina, with a ceremony disturbed not only by the paparazzi, who gave no respite to the Lopilato and Bublè, but also by thieves who, while they were celebrating the wedding, they thought good to rob the couple's apartment.

On 27 August 2013, Luisana gave birth to Noah, their first child, followed by Elias, born on 22 January this year. Two biblical names chosen by a couple that has always kept much to their privacy and has never pretended to be perfect. "We often quarrel, but we are happy to be a family," said Michael Bublè some time ago and now the couple, so united and happy, is preparing to face the biggest test: the battle against cancer that struck little Noah of 3 years.