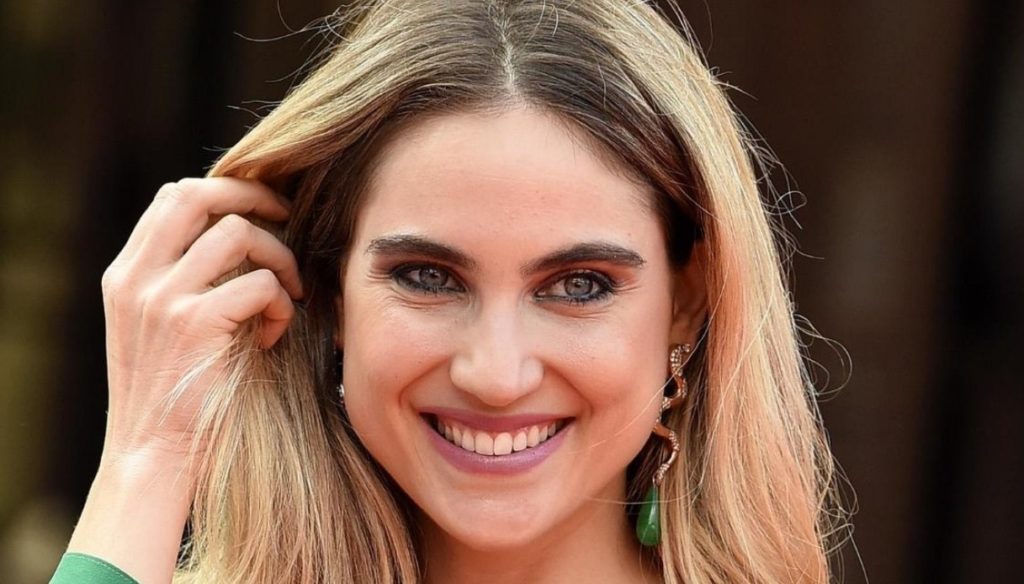 Let's meet Miriam Galanti, the Italian actress engaged to Gilles Rocca, the winner of Dancing with the Stars 2020

While Gilles Rocca is enjoying his victory at Dancing with the Stars 2020, many want to know more about his private life and especially with whom he can share this incredible success.

The lucky one is Miriam Galanti: talented actress and girlfriend of the director, born in 1989 and from Mantua d.o.c who in just 11 years of career has been able to have her acting skills recognized. In 2009, while still a student at the Centro Sperimentale di Cinematografia in Rome, she starred in the fiction Don Matteo, while in 2013 and 2018 she played a role in the TV series Che Dio Dio.

In 2014, Miriam won the young promising Italian cinema award at the Venice Film Festival thanks to her role in the short film Metamorfosi directed by Gilles Rocca. The project, touching and with an important theme, was chosen by the Ministry of the Interior to represent Italy in Europe in the fight against violence against women. In the wake of this recognition, Miriam has often stood out for her social commitment against femicide.

However, the actress is best known for being the star of the film Scarlett, directed by Luigi Boccia. At the same time, Miriam also made room for herself in the theater with a series of important shows, among which the texts by Chekhov, Shakespeare and other contemporary authors such as Mamet, Kelly and Pinter stand out.

His last performance dates back to December 2019 with the After The End show by Dennis Kelly, where he plays with Federico Rosati at the Brancaccino in Rome. Miriam, in addition, has even tried her hand at conducting, with the program of Sky Arte Sei in a wonderful country, paired with Dario Vergassola.

Of his private life we ​​only know his relationship of over ten years with Gilles Rocca, born thanks to the shared passion for acting: the two met in a specialization course and since that moment they have never left. In this regard, the champion of Ballando had told the weekly Nuovo how their relationship was the result of love at first sight, carried on with love and mutual respect.

It was love at first sight. I remember thinking that a girl like this I certainly wouldn't have run away. It captivated my heart with its beauty, but also grace and intelligence, commitment and depth. Marriage? We've been choosing each other every day for eleven years. More than this!

Barbara Catucci
7099 posts
Previous Post
Domenica In, Elena Sofia Ricci beautiful in pink. And from Mara launches an appeal
Next Post
Live, Barbara D’Urso fabulous in a raspberry suit: she is a volcano of energy