Who is Mirka, the wife of Roger Federer 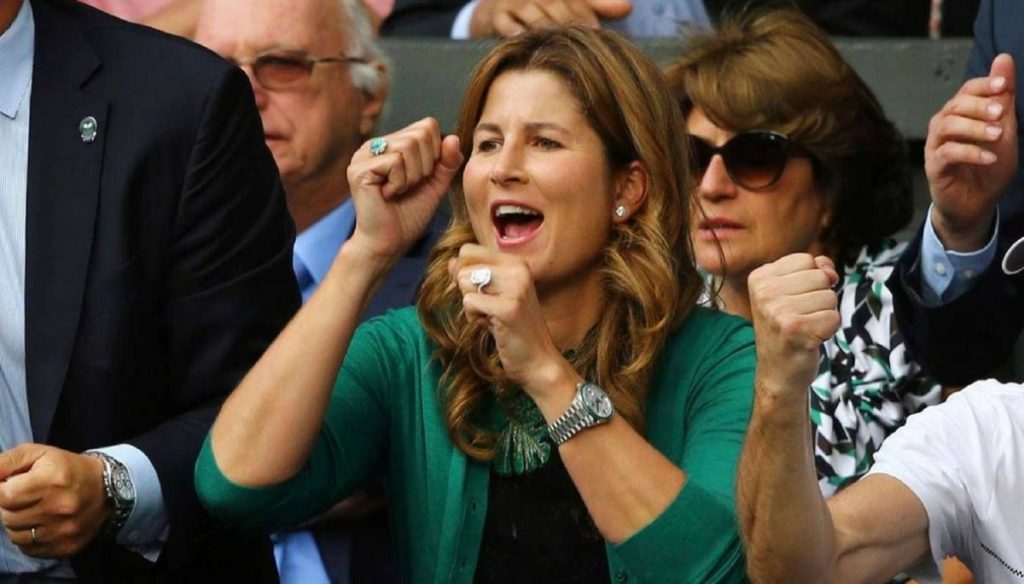 Here is who Mirka, the wife of Roger Federer: a great woman always close to her beloved husband, become a great champion also thanks to her

Behind a great champion, there is an immense woman: here is who is Mirka Federer, the wife of the famous king Roger, winner of the eighth Wimbledon title. The Basel legend has added an even more mythical note to its record-setting aura, but not alone: ​​next to him is the splendid and very much in love life companion.

Who is Mirka and how did Mrs Federer become? Miroslava "Mirka" Vavrinec, this is her real name, was born in Bojnice, Slovakia, 39 years ago, on April 1, 1978, but at the age of two she moved with her parents to Switzerland, where they still own a jewelry store. His passion for tennis starts at a very early age and, at 9, he goes to Germany to see an important tournament with his father. Her statuesque physique, although still very young, has the interest of a very great of this sport, Martina Navrátilová, who suggests that she undertake her own career, giving her her first tennis racket.

Mirka's compatriot had seen us right and the girl soon became an excellent tennis player, so much so that, in 2000, she took part in the Sydney Olympics. He has only 22 years and little experience for big sporting events: he comes out in the second round, but it is not for this defeat that Mirka will remember his Australian trip for the Games with five circles for life.

It is right there, in Sydney, that the future Mrs. Federer met a champion who was about to make the history of tennis and, although she could not know it, her happiness. Roger closes his Olympics with a scorching semi-final defeat: he doesn't find victory, but something greater, the love of his life. The two boys meet, they look at each other, and it is love at first sight for both of them: the Swiss courts her and surprises her with a magical moment full of passion. "I didn't understand why he talked to me so much," said Mirka Federer in one of her rare confidences "but at the end of the tournament Roger kissed me". Since then they have never left each other and, in 2009, crowned their great dream: they get married and in the same year their two first twins are born, Myla Rose and Charlene Riva, followed by five years later by two other twin brothers, Leo and Lenny.

Although Mirka's tennis career ended in 2002 due to a foot injury, the indispensable wife of Federer continues to dream with him, thanks to the victories of the champion of his heart, of which, in reality, he is also manager. Among the stands, it is not uncommon to see her cheer Roger, alternating wary and worried glances when she undergoes a break, with enthusiastic smiles and ultras cheers when Roger delights us with one of her very elegant technical gestures.

Lorenzo Gavazzi
2479 posts
Previous Post
Semi-liquid diet: you cleanse yourself and lose 2 kilos in 2 days
Next Post
The first smartphone to a child: 5 things to know