Who is Roberto Zappulla, the husband of Maria Teresa Ruta 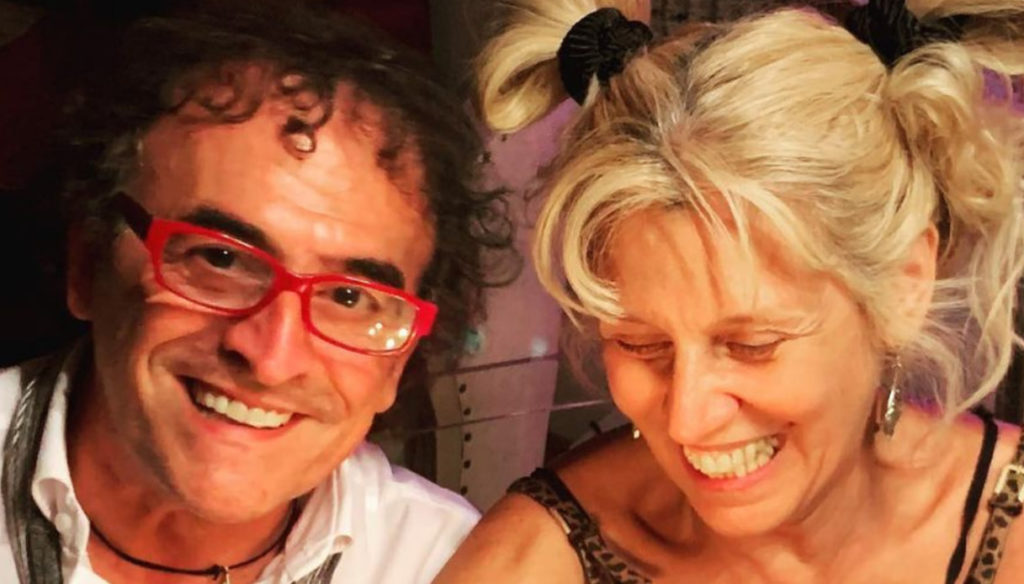 Roberto Zappulla is the husband of Maria Teresa Ruta, in the heart of the presenter after the end of the marriage with Amedeo Goria.

Roberto Zappulla is the husband of Maria Teresa Ruta, presenter and protagonist of the GF Vip. In the Cinecittà House, the presenter told a lot about her private life, talking not only about her relationship with her daughter Guendalina Goria, but also about the man who has been with her for several years now. Maria Teresa and Amedeo Goria got married in 1987 and from their love two children were born: Guendalina and Gian Amedeo. In 1999 the couple separated and in 2006 Ruta returned to smile alongside the physiotherapist Roberto Zappulla.

The two got married in 2015 during a romantic trip to Ethiopia. Very reserved and away from the spotlight, Roberto Zappulla spoke to GF Vip by sending a letter to his wife after Guenda had told of being left alone by her mother, intending to live the new love story.

“You are not the mother who abandoned her children – wrote Roberto -. Despite your many work commitments, you have never made either of us lack for anything. You have been a mother who has always been there, who gave all kinds of support, in every sense. I'm not here to defend you, but to remind you of the wonderful mother you are. You have no reason to feel guilty, no reason: don't tell what you are not, feel free to tell the truth ”.

During the live broadcast, Alfonso Signorini asked Maria Teresa Ruta what was the truth her husband was talking about. The presenter then explained in tears: “The truth is that we have made some sacrifices. He wanted a child from me – he admitted to GF Vip -. We tried hard. I took some treatments, which is why I had to leave and I never told them, I have now told Guenda. We did these treatments, we tried again and it didn't go well. I knew it was something he really wanted, that's the first thing he asked me when we got together. We have organized artificial insemination abroad. We waited for the visa that arrived after a month, paid for the clinic and the day before I said 'I don't feel like it, I can't do this to Gian Amedeo and Guenda'. But she doesn't know this, I told her now ".

Barbara Catucci
5924 posts
Previous Post
Breast cancer, women's needs told by women
Next Post
Michelle Hunziker, the appeal on Instagram to the Government for those in difficulty