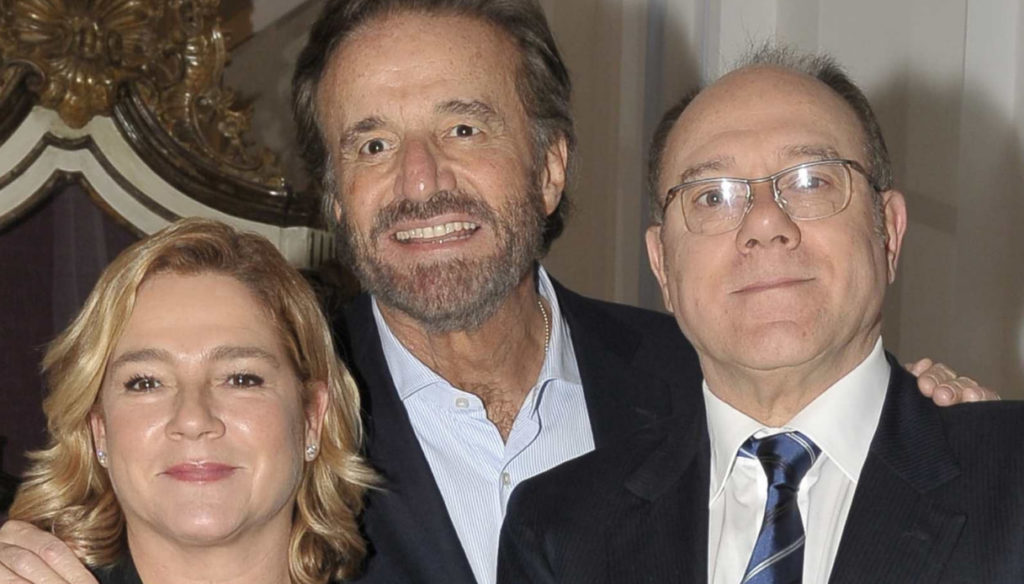 Silvia Verdone is the wife of Christian De Sica and the sister of the actor Carlo. Born in 1958, she was born into a family of artists and is the daughter of Mario Verdone, a famous critic and film historian. The love between Christian and Silvia was born when she was very young and was initially opposed by the Verdone family. In fact, at the time, Carlo's sister was only 14 years old and De Sica was one of his brother's best friends.

"Once I collided with Carlo Verdone, who is also my brother-in-law, in front of my house – explained De Sica in a radio interview -. He says he beat me, instead we just tugged, he was angry with me because I went out with his sister […] He said to me: 'you are a bitch, go out with my sister who has the ponytail, it's small! '. So they were just familiar facts, there was nothing professional. On the set I follow Alberto Sordi's rule: kiss and hug everyone, even if it's on your balls ".

Over time, however, Christian and Silvia have shown that theirs was true love. In 1980 they married and from their union two children were born: Brando, who arrived in 1983, and Maria Rosa, born in 1987. Passionate about cinema and TV, Silvia worked for a short period as an announcer at Rai, later she became a film producer. Today she also works as her husband's agent, supporting him in his career choices.

Very reserved and away from the spotlight, De Sica and Verdone have always protected their relationship from gossip. Guest of Domenica In, Christian told of the very strong bond with his wife and his love for her: "Silvia is the real engine of this family and I thank her every day for having her with me because women are fantastic – he confessed to Mara Venier – . In addition to being a life partner, she is also my agent: she doesn't make money, she pleases her and she tolerates me. And above all she is free: when I'm on the set, Silvia comes and goes. Every so often he wants to change the air: then he joins our children and then comes back ".

Barbara Catucci
8482 posts
Previous Post
Kate Middleton changes her look. But the light blue cardigan is a mistake
Next Post
Premature babies, a day for little ones who are "in a hurry"