Why you need to maintain healthy habits after menopause 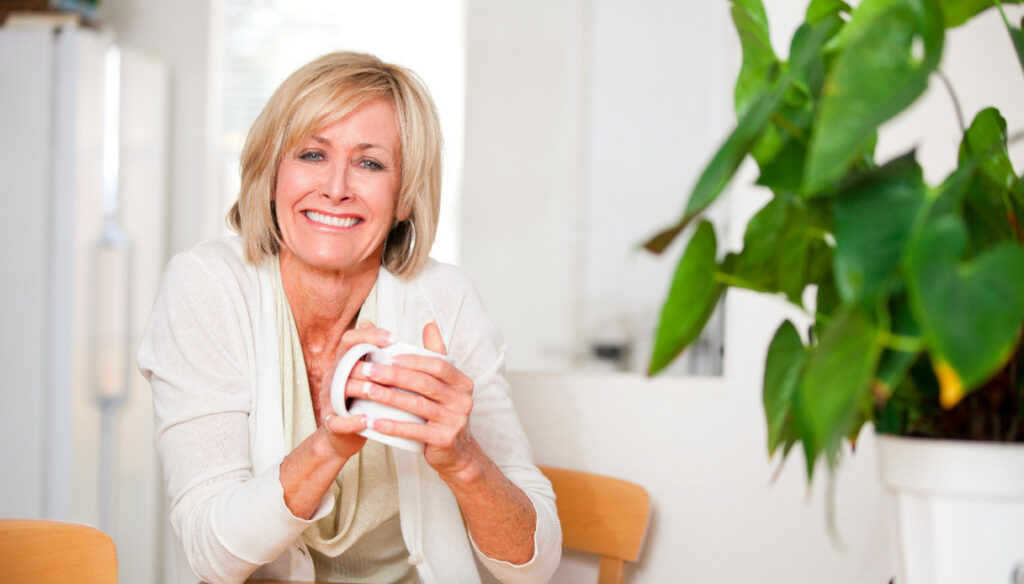 When menopause occurs, it is very important to continue to maintain healthy habits for psychophysical well-being

Move regularly, check weight, don't smoke. If it is true that the advent of menopause represents a sort of "passage" for a woman's body and psyche, it is equally undeniable that with the end of fertile life, sometimes there is a tendency to less control of one's well-being.

On this front, it must be said, not all women behave in the same way: 59% of Italians say they feel worse than before, but for six out of ten it is a positive phase in every woman's life. Not optimal results are those recorded in the lifestyles of over 40s. 24% smoke regularly while 21% admit to drinking alcohol every day. Only four out of ten claim to follow a healthy and balanced diet and 46% never practice sports and physical activity. To say this are the results of a survey conducted on over 2,000 women as part of the national campaign: "Menopause less … bad!" promoted by the Together Against Cancer Foundation.

"Every year in Italy more than 64 thousand women, aged between 50 and 69, get cancer – underlines Francesco Cognetti, President of Together Against Cancer. Today, neoplasms have to do less than in the past and in fact over 60% of patients are alive 5 years after diagnosis. Of these women, at least one in four has returned to have the same life expectancy as the general population. It can therefore be considered cured. Incorrect behaviors such as smoking, alcohol abuse, excess weight, physical inactivity and incorrect diet cause over 20 thousand deaths among women every year in Italy. So if we want to defeat oncological diseases, both primary and secondary prevention must be favored even after 45-50 years of age. As our survey clearly demonstrates, healthy lifestyles and adherence to screening programs are not always among the priorities of Italians who are no longer very young ".

Also according to the survey, 71% of women declare that every two years they undergo a mammogram. 52% do not regularly perform Pap smears or HPV tests and only 41% say they carry out a fecal occult blood test every two years.

“These are the three screening programs available throughout Italy for the prevention of breast, cervical and colorectal cancer – continues Riccardo Masetti, Director of the Breast Surgery Unit of the Gemelli Polyclinic in Rome. They are absolutely safe, minimally invasive and free of charge, yet we have relatively low membership rates among the female population. Covid-19 has effectively interrupted many of these health services on almost the entire national territory, especially during the first wave. Almost a year after the end of the first total lockdown, screening has stopped or started very slowly because our health system is still in great difficulty. We therefore invite all Italian women to start undergoing these life-saving tests ”.

The effect of the pandemic on lifestyles

“The pandemic has certainly worsened lifestyles too – recalls Alessandra Fabi, Head of Precision Medicine for Breast Cancer at the Gemelli University Hospital in Rome. In particular, we recommend that postmenopausal women schedule some physical activity every day, obviously respecting the anti-Covid regulations in force. Sport reduces the symptoms of anxiety, depression, stress and loneliness that can affect the over 50s. From the oncological point of view, it is then demonstrated that it is able to reduce mortality and the risk of breast cancer by at least 50%. It also decreases the likelihood of colon cancer by 60%. Sport, recommended during menopause and post-menopause, should have a low mechanical impact to avoid the onset of musculoskeletal injuries ".

From the survey, conducted by Together Against Cancer, it emerges that 31% of the interviewees do not regularly go to the gynecologist for visits and checks. “All women starting from puberty should come regularly to our clinics – adds Giovanni Scambia, Past President of SIGO – Italian Society of Gynecology and Obstetrics -. This also applies to those in menopause as it is still a phase of female life in which health and well-being must be kept under close observation. Cancer screening programs begin at the age of 45/50 and other tests must be performed regularly. In all this, the gynecologist has a fundamental role in assisting and supporting women ”.

Gianluca Zompi
1634 posts
Previous Post
Very happy evening, Aurora Ramazzotti against the monologue of Pio and Amedeo
Next Post
Diet, the best of the week from April 26 to May 2