Wicca: what's on the practitioner's altar 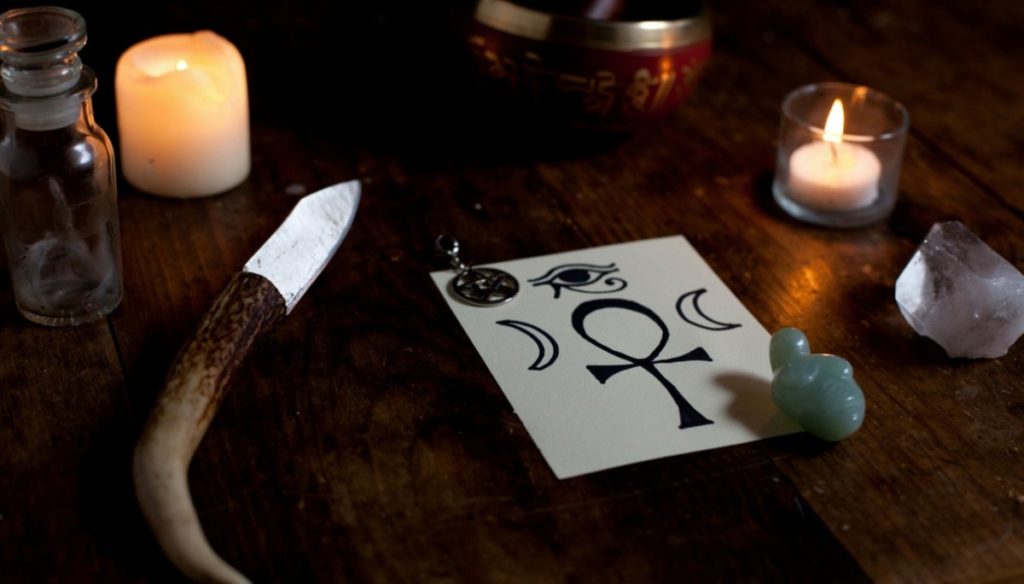 Let's find out what are the traditional objects that are part of the altar of Wicca practitioners, from the wand to the cauldron

Wicca is a religion that has its roots in pre-Christian pagan cults and does not disdain the use of objects and tools that can somehow pay homage and give thanks to the divinities. Entering the home of those who practice Wicca, it is not uncommon to find what is commonly called an altar, or a shelf – which can also be a chest of drawers – on which all the tools for rituals and offerings are placed to thank the divinities or, in the case of Wicca, the God and the Goddess.

The altar is a small place of worship that is normally installed in the practitioners' house, in a bright place that is always close at hand. The goal is to have a safe place, pleasant to the eye, where the mind can relax and contemplate the values ​​of the Wicca religion while feeling at home. The altar is a sacred place and, if it is normally placed in a fixed place, it could also be itinerant and move throughout the house: for example, think of a practitioner who lives with curious tenants. The altar is a creative process and must be lived: there is no "finished" altar precisely because it evolves, grows and changes in harmony with the seasons and with its connection to the Wicca deities. Sometimes the altar is less evident than you think, and is cleverly camouflaged inside the furniture so that the untrained eye cannot recognize it.

But what is there on one of these altars? We assume that everyone is free to experience Wicca as they wish, and that the altar is not a habit limited only to the followers of the same. Each altar is different, unique, personalized and describes who created it through the choice of objects and colors used.

There is no specific list of elements that make up an altar precisely because everyone, in his religious interpretation, is free to put what he best wishes on the altar. Even the most unthinkable things, like music records, comics or old memories. However, we list some of the objects that normally are never missing on the altar, and which will allow you to recognize a follower of the Wicca religion in all its modern forms.

In addition to these important elements, we cannot forget the decorated candles and offerings, which are often renewed and represent the gifts and small thoughts that the believer addresses to his religion in everyday life. The offers range a lot and can be very different from each other: from stones to feathers to wine, herbs, flowers, salt, honey or whatever. The important thing is that they are a manifestation of the practitioner's respect for his belief.

Simply put, the Wicca altar has a high-sounding name and can, in many cases, have a mysterious appearance. The reality is that the altar is a simple place, at least for those who built it, where every single object performs a specific function and has a specific, very clear and important meaning, which helps to materialize the idea that the practitioner has made of his connection with Wicca.