William disputed for keeping silent about his health condition. He can only count on Kate Middleton to get out of the storm 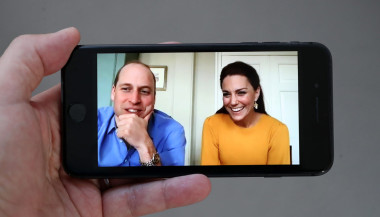 Kate Middleton in solitary confinement: the private photos of the Royal Family

William would have been positive for Covid-19 last April, the news emerged from an indiscretion from the Sun and now Kensington Palace has confirmed: the Prince has been infected but has hidden the disease so as not to alarm the country. This omission, however, can cost the future King of England dearly, luckily he can count on the support of Kate Middleton.

William therefore ended up in the eye of the storm for not revealing his real health conditions. Many real affairs experts have criticized him for not making the contagion public. In reality, the Duke of Cambridge has chosen to keep his positivity secret to avoid creating panic and despair in the already deeply affected country, taking into account that his father Carlo, at the same time, was in the same condition.

Despite his noble intentions, William was attacked from many sides. Joe Little, chief editor of Majesty magazine, said the Duke of Cambridge's decision not to disclose his illness was "questionable" and "a step backwards" in terms of transparency.

Chris Ship, editor of ITV, questioned the "wisdom" of hiding his positive test from the public as royal commentator Robert Jobson went further and accused the Palace of lying and undermining trust and reiterated, "We could have find out in late April rather than November. It is inevitable that these things will eventually come out

William's silence turned out to be a boomerang. And it risks turning into a real storm capable of overwhelming him, especially if the British media blows against him. He would have betrayed him himself, when he confessed to having had respiratory problems. Sources close to the Prince then leaked what he allegedly said when registering for the Pride of Britain Awards.

To recover from this situation, William can count on his wife Kate Middleton who is always by his side. The Duchess in terms of popularity is second only to Queen Elizabeth, her subjects really like it, especially when she falls into the role of mother, but also for her sober and impeccable style, after the many clamor for Meghan Markle and her departure from the family Real.

Kate and William are very close. They recently spent a short holiday with their three children on the Isle of Scilly, a "modest" trip, they seem to have settled for a small four-bedroom cottage where they can spend a few days away from the difficult context they are experiencing.

Lady Middleton therefore has the difficult task of getting William out of trouble, who certainly did not expect so many negative criticisms for having kept quiet about his real health conditions.