Wimbledon, from Kate Middleton to Victoria Beckham: the VIP looks under consideration 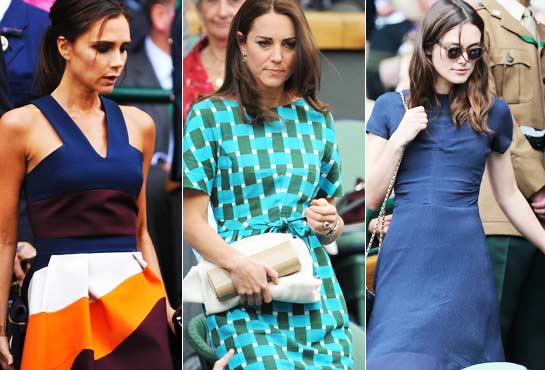 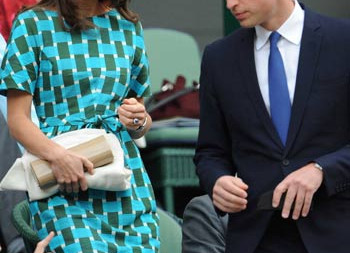 Wimbledon vip, look to the votes

At the Wimbledon final in the stands, the real protagonist was Kate Middleton who once again confirmed herself as the Princess of the people.

Kate, who had appeared subdued in the last official releases, presented herself in great shape. And amidst grimacing faces, laughter, agitated cheer and looks in love with William, he was able to conquer everyone again. It is the first time that a member of the Real Casa has let himself go so freely, letting his emotions and passions leak out. And Kate also drove her husband Will into her enthusiasm, making her really nice to the whole audience. The only sore point was the fact that it wasn't really princely …

Kate was wearing a dress with geometric prints by Jonathan Saunder, which looked like an apron. Much better the Zimmermann broderie anglaise sported in the quarter finals and already seen during the tour in New Zealand and Australia (Kate is also confirmed as the Princess of recycling).

Without a doubt, however, Queen of style was Victoria Beckham with a splendid sleeveless dress with colored stripes. Too bad for that particularly glacial air that makes it very unpleasant. Among the VIP looks, Pippa surprised everyone, while Keira Knightley disappointed. Here for you the photopagella of star outfits.