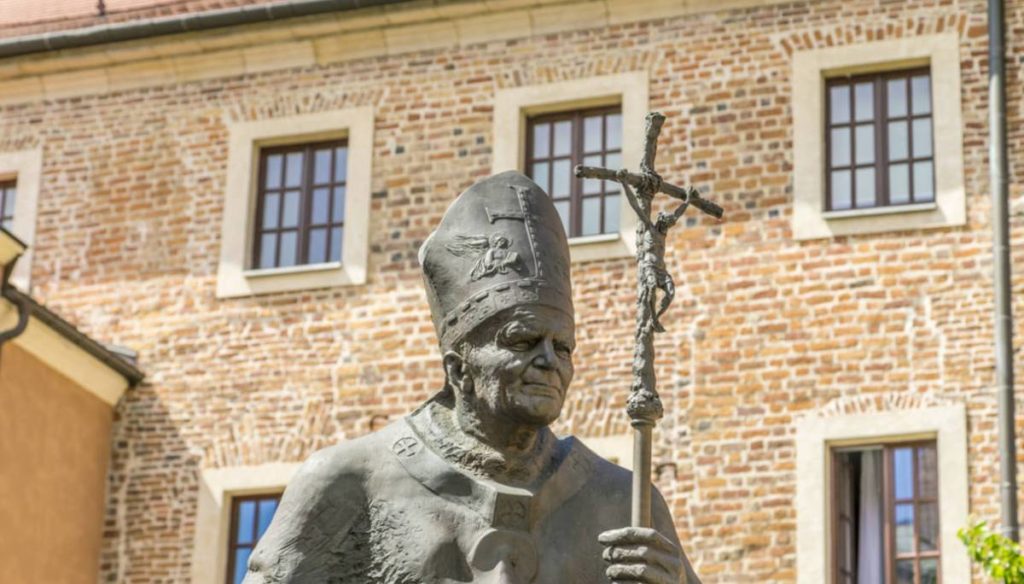 Who is Wojtyla's mysterious friend? The true story of Anna-Teresa Tymieniecka and her "special" friendship with John Paul II

We know of the philosopher Anna-Teresa Tymieniecka that she was born in Marianowo in Poland on February 28, 1923, who, thanks to her mother and her Franco-Polish aristocratic origins, had started to be interested in authors such as Plato, Henri Bergson and Kazimierz Twardowski and who later was the founder of The World Phenomenology Institute.

It all began in 1973, when Anna-Teresa Tymieniecka after reading a book by Karol Wojtyla, was so impressed by it that she wrote to the secretary of the then cardinal of Krakow, expressing her intention of wanting to meet him. After a close correspondence between the two, an intense and deep friendship is born that will last for more than 30 years.
This is what the BBC reveals in a February 15 news. After Tymieniecka's death, in fact, the BBC documentary maker Edward Stourton, the archive of letters and photographs sold in 2008 by Tymieniecka to the National Library of Poland, is shown.

From the BBC's interpretations of Ed Stourton, to understand the whole story it is necessary to start from the idea that in 1970 in Poland any relationship between a priest and a woman could be dangerous. In addition, the communist regime in Warsaw considered the Catholic Church to be an enemy, which is why the then secret police constantly observed and controlled its leaders. As can also be seen in the statements by Dr Marek Lasota who is a scholar of the phenomenon, finds confirmation of the interceptions in some documents kept at the National Memory Institute in Krakow.

The first evidence of a special intimacy between Anna-Teresa Tymieniecka and Carol Wojtyla is highlighted in a letter sent from Rome in 1974. The cardinal spent more than a month in the Vatican during a meeting between bishops and it is strange that he decides to bring with him a series of writings that he will decide to send right from Rome, to divert the checks on his Krakow mail.
Most of the correspondence is written in a "philosophical code" code that the documentary maker Stourton declares to be able to translate only in a few passages that are however sufficient to demonstrate Tymieniecka's feeling of love towards what will be named Pope John Paul II.

In addition to viewing the vast number of photographs depicting Anna-Teresa Tymieniecka and Wojtyla on vacation and in the Vatican rooms, Ed Stourton reports that in a letter from the summer of 1975 Anna-Teresa Tymieniecka openly declares to Karol Wojtyla that she is in love with him . For his part, the cardinal, far from ending this openly declared relationship, gives him one of his most precious assets in response: a devotional scapular.