Wonderful Letizia of Spain: blue skirt with a vertiginous slit and gold shoes 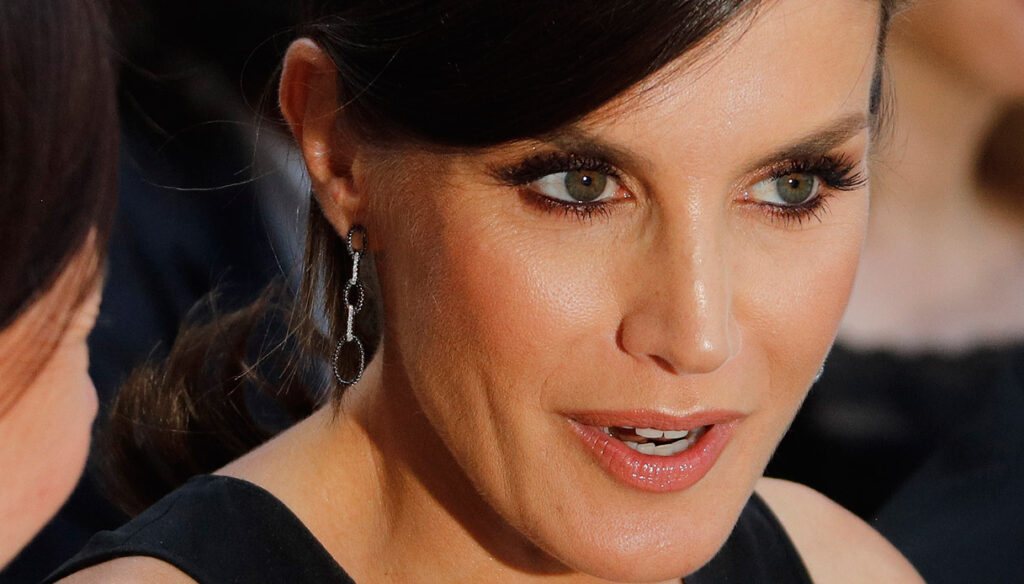 Letizia di Spagna leaves you breathless with the navy look that reveals perfect legs and toned muscles. And the ultra-high-heeled metallic shoes are ultra chic 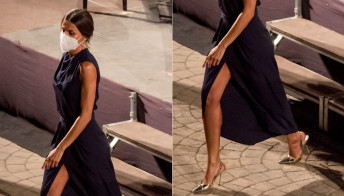 Letizia of Spain reappears in public after a week without official events and literally leaves you breathless with a navy blue silk look, with soft shapes that caress the silhouette of Her Majesty, and with an intriguing slit that reveals her perfect tan legs. Not to mention her fabulous golden slingbacks.

Letizia and Felipe of Spain are already in Palma de Mallorca with their daughters Leonor and Sofia, where they usually spend their summer holidays. During this period, public events alternate with days of rest. So while the King is preparing for the traditional royal regatta, the Queen participated in the final evening of the Atlàntida Mallorca Film Fest, the first public event after the news of the death of her grandmother.

Gold Shoes You can buy online a pair of metallic shoes in the Spanish style Letizia 61,02 EUR Buy on Amazon

He had already attended the gala in 2019 where he showed off a simple outfit in which fit effect trousers and his transparent Manolo Blanhiks stood out. In 2021 he definitely changes style and wears a new blue suit. It is a magnificent two-piece, blouse and long skirt, both by Galcon.

Reina Letizia is betting on what has become her favorite color for evening events, navy blue, a symbol of refined and sober elegance. As simple as the design of the suit she has chosen: the top is outstretched to enhance the muscles of the arms, while the soft fabric almost forms a drape on the décolleté. The skirt, on the other hand, long to the ankles, hides a dizzying slit, which reveals the Queen's tanned and toned legs. Donna Letizia dares to sit with her legs crossed and the slit reveals more than just the knee, leaving little to the imagination.

The line of the suit, soft and enveloping, is ideal for enhancing the female figure and is undoubtedly one of the most used by the Queen. In fact, it has several “wrap” garments as they are defined.

To make the two-piece more chic, the gold slingbacks with a very high heel, by her favorite footwear brand, Magrit, with which she made her debut last June, which she coordinates with a blue clutch like the dress, signed Carolina Herrera.

Letizia gathered her hair in a disheveled chignon with locks that fall over her face, giving it a less structured and more casual look. The hairdo allows her to highlight her shiny hoop earrings by Coolook. While he never separates from the gold ring, a gift from his daughters.

Giovanna Pirri
5417 posts
Previous Post
Wedding in Temptation, Stefano Socionovo celebrates with the "ex" boyfriends
Next Post
Who is Enrico Casella, the coach of Vanessa Ferrari