Work, why is it always women who lose out? 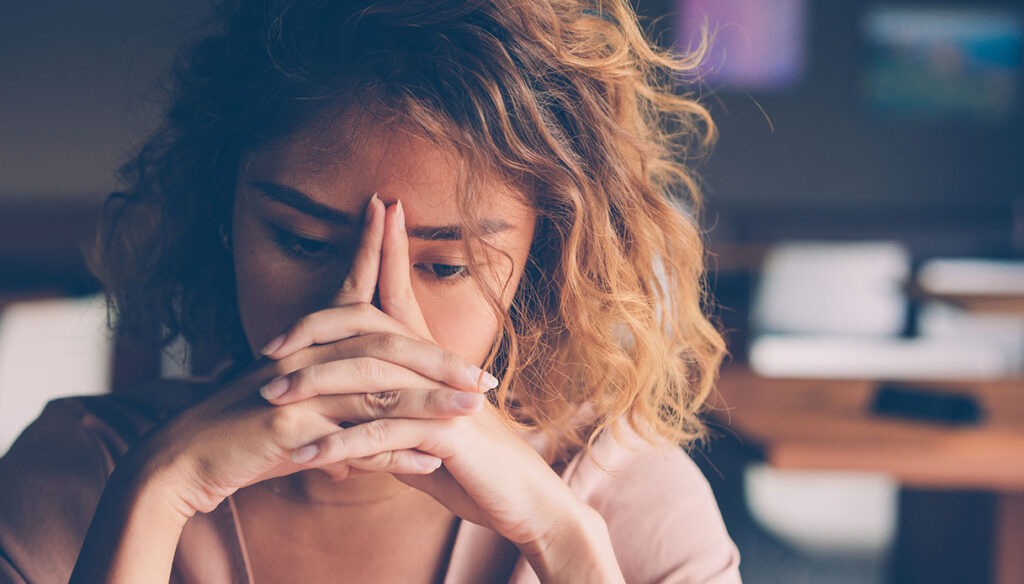 From the employment data of the last quarter, a bleak situation emerges for women, the most penalized (once again) by the crisis

Covid is also a gender issue. Not so much from a clinical point of view (we don't have the skills to say it), as from a social point of view. A few days ago, Istat released employment data for the last quarter of 2020, from which a bleak condition emerges: in December alone, out of 101,000 workers who lost their jobs, 99,000 were women. Devastating numbers, which it is hard to believe. But beyond the dismay, the immediate question that arises is why? Why are women losing the most in this crisis triggered by the pandemic? We asked the Director of the Central Directorate for Social Statistics and Welfare of Istat Cristina Freguja.

Pandemic and work, because women are the most affected

“The data for the month of December only confirm a dynamic which, although to a lesser extent, accompanied the entire period of the pandemic crisis”, he explains. In light of the data collected, the reasons for this evidence are different: “Firstly, women are more often employed in precarious jobs and have been able to benefit less from the provision that guaranteed the blocking of layoffs; in the sectors affected by the health emergency, those in fixed-term employment, as is more often the case for women, have had no chance of keeping their job after their contract expires, and the longer the period of crisis, the higher the number of women who run into this situation ”, continues Dr. Freguja. Not just an aspect to which a further factor is added: “women are more often employed in the sectors of economic activity that have lost a greater number of jobs. In 84.1% of cases, women are employed in the Services sector (compared to 59.1% of men) which is also the sector that was hit most heavily by the health crisis (- 646 thousand employed between the third quarter of 2019 and the third quarter of 2020), also including trade, hotels and restaurants, activities that have suffered most from the restrictions due to the lockdown ".

These are the two main elements, but there is more, because, as the Director explains, "even with the same type of contract or sector of activity, female employment has shown more marked decreases than men, reporting how however, women are in more vulnerable positions. For example, women employed with fixed-term contracts, between the third quarter of 2019 and the third quarter of 2020, decreased by 16.2%, a value that for men stopped at 12.4%. Particularly significant was the loss of employment for the activities of the hotel and restaurant sector (-14.2% against 7.5% of men) and of the household services sector (-9.8%), where the female accounts for 87% of employment in the sector ”.

A disparity that does not only concern Italian women: "a condition of greater weakness in the labor market is also shared by foreigners residing in Italy who, in the third quarter of 2020, recorded a decrease of 9.1% compared to a year earlier, compared to a 3.8% decrease among male foreign workers ".

Women are therefore most affected by this crisis also because they work for the most part in the most severely affected sectors (unlike, for example, what happened with the 2008 financial crisis).

This difference, however, deserves further study. The reason for such disparity between male and female employment, which as we have seen existed even before the pandemic, is to be found in various factors. One of these is education. Or rather, the choice of education path.

Female employment, Italy among the last in Europe

"Education is the main element on which to build participation in the labor market and in the social and cultural life of a nation and, in our country, the gender gap in the share of young graduates is largely in favor of women: a young out of three graduates, while only one out of five is, an advantage higher than the European average ”, explains Freguja.

Despite the increase in the level of education of the female population, however, the level reached is still far from that of European peers and is not reflected in the employment results. "In the third quarter of 2020, the female employment rate 15-64 stood at 48.5% (-1.5 points compared to a year earlier), compared to 67.5% for men (-1.2 points), placing us in the penultimate place of the European ranking, just above Greece ”.

Why? An interesting point is given by the permanence of “a strong female disadvantage in technical-scientific degrees, the so-called STEM degrees (Science, Technology, Engineering and Mathematics), courses that generally are characterized by greater employability. In 2019, 37.3% of men graduated had a STEM degree against 16.2% of women graduated ".

Italy is not a country for women

Finally, perhaps the most painful note, because it is evident to all and confirmed by the data. “What explains the disadvantage of women in the labor market is above all the strong commitment to care activities and the difficulties in reconciling life and work times. A few numbers are enough to clearly testify: in 2019, even before the crisis hit us, the employment rate of childless women between 25 and 49 years old was 71.9%. This value dropped to 53.4% ​​in the presence of a preschool child and reached 34.1% among southern women ”. It is therefore not surprising that birth rates have been steadily declining in recent years and if women always choose not to have children or to postpone motherhood as long as possible until they feel they have more financial guarantees.

"This evidence goes hand in hand with a structural lack of services for early childhood and a profoundly uneven distribution on the national territory that continues to penalize many regions of the South. In the 2018/2019 educational year, the offer of places in educational services for early childhood (25.5% of children under 3) is confirmed below the parameter set in 2002 by the Barcelona European Council (33%) which should have been reached by 2010 and in some southern regions it drops to minimum values ​​around 10% ”, concludes the Director Freguja. The latter figure is an example of a condition that has been going on for years and that the pandemic has only exasperated and brought to the end. Smart working, much acclaimed by many, for many women has represented an increase in actual hours of work as there is no longer a limit to availability and, especially in mothers, an unsustainable overload, with the management of children and the home during the lockdown , with all the inconveniences and difficulties that this has entailed. However, something can be learned from this pandemic. The numbers show that we are at a point of no return: the situation can no longer be ignored. It must be addressed, seriously and once and for all.