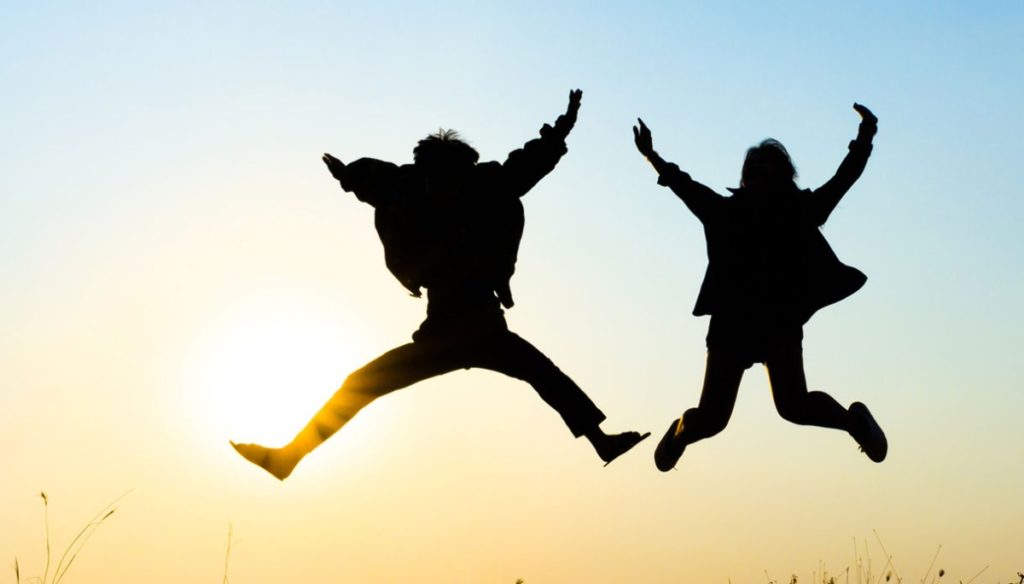 March 20 is the International Happiness Day. The most chased, coveted, often achieved but not always preserved mood. 7 curiosities you didn't know

Happiness is "the positive mood of those who feel their desires satisfied".

You feel happy when you think you have fulfilled your aspirations, achieved your goals, satisfied your emotions or crowned your sentimental or sexual dreams. To put it in 5 words: When it feels good.

The problem is how to achieve this. 7 small steps to help you be happy

1. HAPPINESS IS CONTAGIOUS
Happiness spreads in social groups like a virus: it starts from one person and then passes on to those who live next to it: relatives, colleagues, friends and even the friends of friends they have never met. So, to feel good and recover from periods of depression, you must not only try to be happy, but you must surround yourself with active and sunny people who are able to influence us with their positivity even in the most difficult moments.

2. THE MORNING HAPPENS IN YOUR MOUTH
In the morning everyone feels happier (and social media confirm it). Cornell University researchers have found that, based on the tone and mood of Twitter posts, people around the world tend to feel happy on waking up, regardless of culture or geographic origin.

3. DOING SOMETHING MAKES MORE HAPPY THAN BUYING SOMETHING
A study published by San Francisco State University shows how over time the objects purchased leave us increasingly dissatisfied, especially when updated versions of the same come out, which generate second thoughts on the investment. On the contrary, if the happiness produced by a lived experience is high at the beginning, it only grows over time, every time we focus on a good memory.

4. THE PEAK OF HAPPINESS IS 30 YEARS OLD
If someone thought that the moment of greatest happiness was – almost always – childhood or adolescence, because of the light-heartedness and the idea of ​​having "all life ahead", he was wrong. Psychologists say that between thirty and forty one feels more positive than life, thanks to the optimism that is nourished for the future, professional fulfillment and the conquest of that sense of security that is lacking in twenty-year-olds

5. HAPPINESS RHYMES WITH CURIOSITY
According to a study conducted by the British Journal of Guidance & Counseling, the key to happiness would be a healthy sense of curiosity, which would stimulate creativity, satisfaction and self-esteem. Curiosity, triggered mostly by the search for new experiences, ideas and discoveries, would seem to be weakened by the dependence on technology that distracts and is able to always give immediate answers to any question or doubt. As we age, curiosity, and consequently happiness, diminish as we sit in our comfort zones

6. THOSE WHO GO FAR AND "EXPERIENCE" .. IS HAPPY
After analyzing over 37 million geo-localized tweets, researchers from the University of Vermont determined that the more users moved away from home, the happier the posts. The most positive tweets mentioned destinations such as "beach", "travel", "new" and "restaurant", terms that scholars affirm to connect new life experiences with an increased degree of perceived satisfaction

7. DO YOU WANT TO BE HAPPY? GO TO NORWAY!
Norway is the happiest country in the world. In the World Happiness Report, the ranking that is released every year on March 20 International Happiness Day at the United Nations, this year is Norway in first place (it was fourth in 2016), surpassing Denmark, long happiest country in the world . Iceland and Switzerland follow. Italy at 48th after Uzbekistan and before Russia. Norway wins thanks to its environmental policies, because it has isolated itself from the so-called "boom and bust", because citizens have confidence in their government and in the work of the administration.