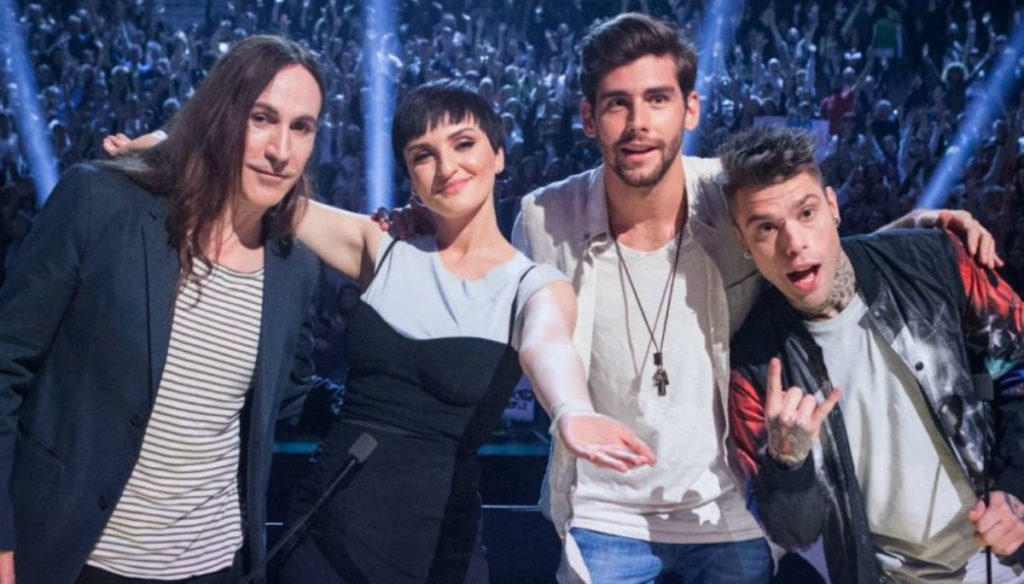 X Factor has reached its sixth live. Tonight to liven up the evening Fabio Rovazzi, Skin, but above all the talents of the show

Two weeks to go until the X Factor final and the race gets tougher. Also this sixth live once again gave twists and touching moments. Eyes focused especially on Loomy, who seemed to have become unbeatable and, despite the attacks, continued to be defended by his coach Arisa. At the center of the scene also Roshelle, for which Fedez seems to have a particular predilection so much that there was talk of a jealousy of Chiara Ferragni towards her.

The sixth X Factor live saw once again a double run, the first with a free theme, while the second with the participation of a string orchestra. Among the musical guests Fabio Rovazzi and the Skunk Anansie, with Skin, who some time ago was among the judges of the program. Once again the clashes between the judges of the Sky Uno talent were not missing, in particular between Manuel Agnelli and Arisa. The singer and After Hours leader almost never agree about the performances of the contestants and clashed with no holds barred. "Study more Arisa" was the caustic joke that Agnelli addressed to the singer, triggering conflicting opinions on the web.

The least voted competitor of the first race was Loomy from the Arisa team. Instead, in the second race Gaia came to the final challenge. Loomy and Gaia therefore performed on stage under the judgment of the judges Fedez, Manuel Agnelli, Arisa and Alvaro Soler. Gaia sang "Youth", while Loomy performed on the notes of "Anima Fragile" by Vasco Rossi.

In the end, to convince the judges the most was Gaia, while Loomy was eliminated by the X Factor, sparking the desperation of Arisa, who lost another of his competitors. There are only two episodes left at the end of the program, in the next one we will know the talents that will compete in the final.

Lorenzo Gavazzi
2546 posts
Previous Post
Do you go to bed without removing make-up? In a month your skin ages 10 years
Next Post
Meghan Markle on tour: 150 thousand euro wardrobe, vegan sneaker and missteps