XF 2020: from Lolita Aliena to V3N3R3, there is a boom in bizarre characters 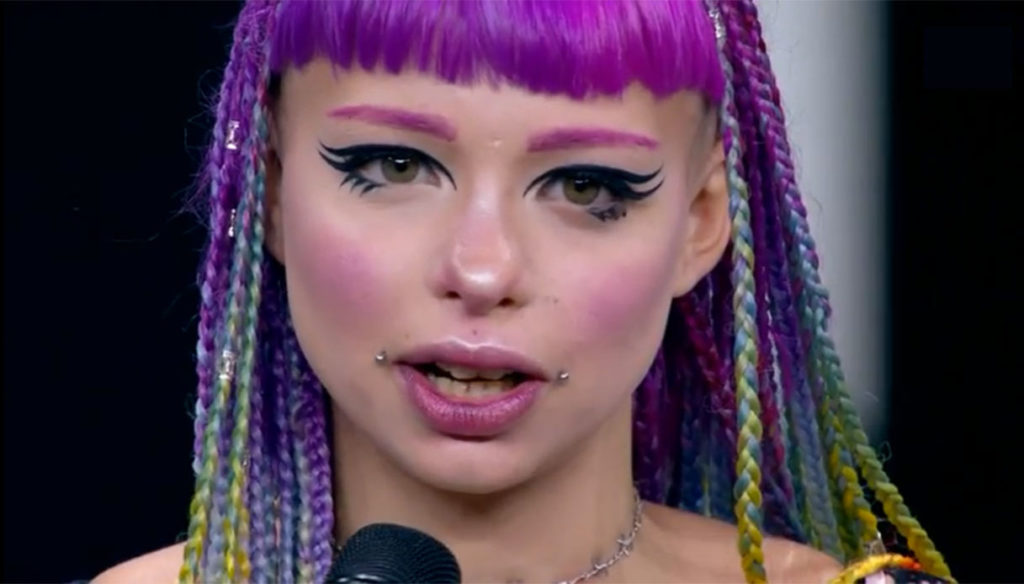 The second audition of XF 2020 confirms this year's trend: over the top characters prevail over traditional singers

The second episode of the XF 2020 auditions, broadcast on Thursday 24 September 2020, confirmed the two impressions had with the first episode: the first is that the jury, this year, is not only well-matched but also in great harmony, and promises sparks. The second, even more evident, is that the lockdown has brought out the craziest and most bizarre streak from aspiring artists. Never before have more characters than singers in the most traditional sense of the term presented themselves at the auditions like this year. Some to be archived immediately, others decidedly interesting, which under the mask and the "dress" in which they appear, hide unexpected qualities.

Think of the extravagant Blue Phelix and the elf Casadilego from the first episode. But also to V3N3R3, Melancholia and NAIP of the second. Bizarre since the choice of names, but at the same time unique and talented.

A separate discussion for the Honey Hime with their "J-Pop" the three "devalued" Twemsis or the space Alien Lolita, who struggled to find the X Factor under makeup and character. But they nevertheless brought color, joy and fun.

If this is the beginning, we are sure it will be an edition that will leave its mark.

Barbara Catucci
5379 posts
Previous Post
Eyebrow lamination how to: how to always have them in order for a lifted look
Next Post
Giorgia Palmas and Filippo Magnini parents: Mia was born