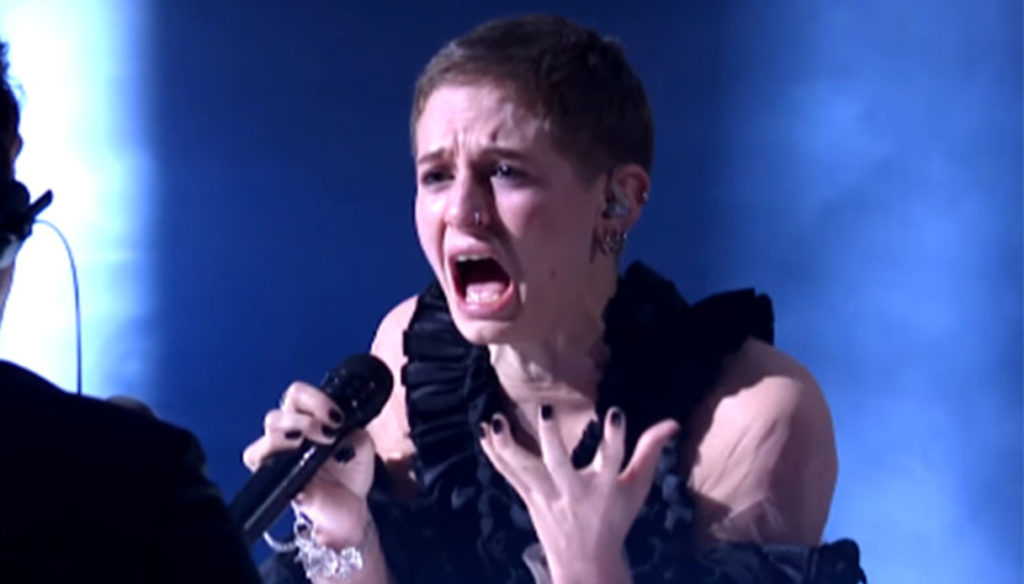 XF 2020, fifth live: double elimination glowing episode. Surprisingly out of the Melancholia favorites of Manuel Agnelli. That does not fit: "Failure on all fronts". And blurts out with Hell Raton

The fifth live of X Factor 2020 gave a crackling, at times explosive evening, with unexpected twists and the confirmation (put your heart in peace Manuel Agnelli) that you can be as revolutionary as you want, and this year the program has tried, with the unpublished since the first episode, the unconventional and courageous choices of the judges, but in the end the vote of the sovereign and traditionalist public beats the cards and often brings the balance back to the classic tracks, reassuring and for some certainly monotonous of tradition.

That is: Melancholia, a group favored to win right from the start: original, revolutionary, talented, adored by their judge, capable of presenting innovative and breaking things on the XF stage. And perhaps for this reason, as often happens to innovators, misunderstood by so much of the sovereign public.

Finished for the first time in a runoff with NAIP, at the end of the first heat, they were eliminated from the tilt, wanted by the judges (read: by Hell Raton-Manuelito, and they did not forgive it), with immense amazement, in order: of the conductor Cattelan, who admitted live as his favorites of all the editions he conducted, of the same Melancholia, speechless by the news, first, definitely pissed off, then. And Manuel Agnelli, who blurted out live. "It's a total failure: mine, of the judges' table (dig at Hell Raton who hadn't saved them) and of the broadcast"

They didn't take it well, group and judge, and with them the social world, which tweeted all evening to the sound of "What a shame of elimination", "You are kidding, right? But who voted? ”; "For us X Factor ends here eliminating the best, as happened to the Maneskin" (also by Agnelli, among other things).

In the middle there are also those who still admit the imperfect performance of the evening, which played against them, and a slightly too arrogant and presumptuous attitude of the group, which far from sportingly accepting the defeat and thanking regardless for the path made, he first took the stage to sing the unpublished (something never granted to any eliminated), complete with a verse shouted "I'm alone" in the face Mika and Manuelito, the main culprit of their elimination. "I really want to know why you didn't save me" Benedetta will then ask him, then blurts out: "I'm pissed off, we had crazy things planned for the next episode".

But the social networks do not forgive: “As much as I esteem #melancholia and pines me for their departure, I don't share their attitude. They didn't go out against the karaoke girl, but against N. A. I. P., so I am completely scandalized by having preferred it to them I find it disrespectful and arrogant ”they comment on Twitter. “I don't think it nice of Benedetta to talk like that, implying that Naip deserved less than her. A bath of humility please. Ah, the public has already thought of it ”.

Neither they nor Manuel expected it at all, and surprise and disappointment have given way to anger and perhaps disrespectful attitudes towards colleagues and other competitors. Starting from Manuel's deliberately ironic, stereotyped and fake comments towards Manuelito's under-women: “Well, good, I liked you”.

In the end, in the second heat, due to the law of retaliation (and numbers, since Manuelito still had the whole team) Mydrama and Cmqmartina end up in a fratricidal ballot, and the latter is eliminated by the public. Coming out with a smile and definitely less angry than Melancholia.

In the semifinals, next Thursday, there will be: NAIP by Mika, Blind by Emma, ​​Little Pieces of Marmelade by Agnelli and Mydrama and Casadilego by Hell Raton. And may peace reign among the judges.