Yoga for children: why it matters and what are the benefits 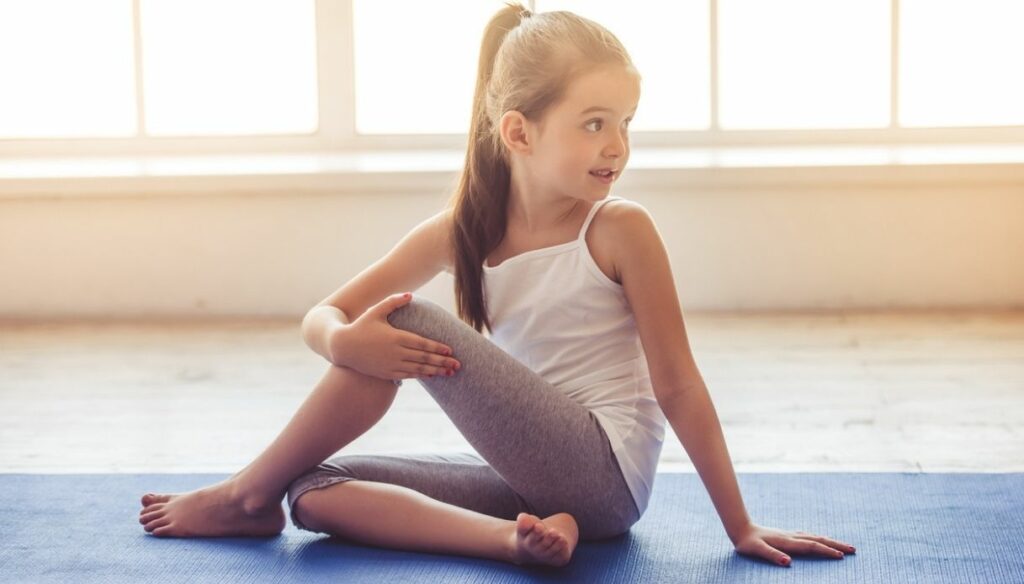 More and more children are practicing yoga at school as an important educational aid. Let’s find out more with a teacher.

Yoga for children, as a discipline dedicated to them, is also increasingly widespread in kindergarten. In recent times, there has been a great interest in the subject, and the courses to become a qualified teacher have multiplied.

We all know the benefits of yoga, we women often begin to practice it during pregnancy, and, in some cases, we continue it with the baby in the sling, as there are many courses dedicated to prenatal yoga and mother – newborn. But what are the differences between yoga for adults and yoga for children?

To discover its benefits, exercises and history, we asked an expert, Maria Rosaria Dibenedetto, yoga teacher, public school and trainer.

As anticipated, yoga is an increasingly widespread activity, from North to South, and, especially in large cities, such as Milan, Rome, also passing through the province, its practice in children is known and appreciated. But what are its origins?

“Yoga for children was born around the 1950s, when the Indian master Satyananda Paramahansa devised a dynamic and playful method suitable for children, without however neglecting all the baggage of values ​​that derives from classic yoga.

Only at the end of the 90s this discipline entered fully into the Italian school as well, when the first memorandum of understanding was signed between the Italian Yoga Confederation and the Ministry of Education.

Today it is very popular both in public schools and in gyms and / or yoga associations. It might seem like a trend but it’s not.

Today, more than ever, children need yoga-based educational paths. Using subtle and creative listening tools, we realize that there is, in every child, an inner world full of talents, infinite creativity and resources, which cannot be confined to any quantitative evaluation. The little ones, however, need to be guided to recognize, and to know how to manage, their emotions, they must be led by the hand in the gradual knowledge of themselves, to discover what their infinite potential is and to put them to good use, for their own good and for that of humanity “.

Why make children do yoga?

Let’s face it, yoga is the last activity that we would once have thought suitable for our children. Yet, his approach to children is growing, as well as the books dedicated to him. Here’s why.

“Quoting Satyananda Paramahansa, Yoga is the art and science of living. It is connected to the evolution of the human mind and body, therefore it incorporates a system of disciplines that favor and integrate the development of every aspect of the human being.

The whole system of disciplines that yoga represents focuses on the person as a whole, which has now become functional to a production system that follows logics that are far from universally recognized human values. The culture in which we live, and the educational processes deriving from it, do not allow a conscious look at reality, they do not encourage us to ask ourselves questions and seek different, alternative answers. The result is a crisis of man and society which directly involves the educational system. It encounters difficulties in fulfilling its task of training the young person in the best way, with the almost entirely technological tools that it has at its disposal.

Hence the need to make use of the age-old discipline of yoga. Yoga is proposed as an aid to educational action, so that the child can live the years of his childhood as a protagonist, focusing attention on himself, on his own potential but also on the other, on the group, on the world around him. That is, may he discover, and make his own, all those human values ​​which are our wealth, but which are gradually getting out of hand, without our realizing it ”. 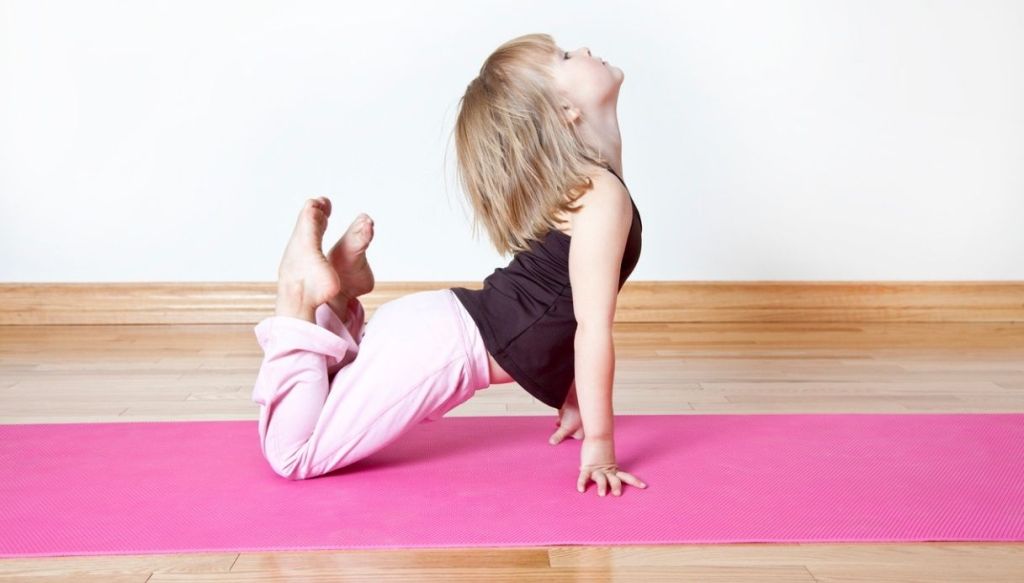 Yoga for children: the benefits

“Educating means bringing the child to know himself, his emotions and feelings, it means teaching him to interact and harmonize the interior with the exterior. Educating means making him able to build the foundations for a balanced, creative, practical and spiritual way of life and, for this to happen, it becomes important to raise the child in an optimal environment, in which the delicate learning process can expand in a natural way. “.

Yoga, therefore, enters the educational system, in the broadest sense of the term, as an instrument of values, of harmony, of balance. One way to ensure the child gets to know each other better, also learning the importance of respect for others. This, in itself, is a great benefit of yoga practice in children. Still, the benefits aren’t over.

“Through the constant practice of yoga, the child learns to get in touch with his own inner strength, learns to keep an alert and attentive mind, to concentrate on the activities carried out. Thanks to yoga, the child learns to breathe correctly, to perceive the flow of breath as a vital act; improves one’s strength and physical endurance; coordinates movements and activities; develops physical and mental agility and flexibility; relax your body and mind; appreciates slowness and breaks; listen to the tranquility of your inner world and accept it.

Yoga teaches the child self-control, helps him to perceive what joy and satisfaction derive from knowing how to direct instincts and impulses in the right way, in order to transform them into constructive and altruistic actions, thanks to which the sense of membership of the group.

The child who practices yoga daily stands erect without effort, breathes calmly. Assuming the various positions with the body, he interprets the animal, vegetable, mineral world; opens up to discovery with confidence and curiosity. The child who practices yoga only asks to continue learning naturally, using the whole body, in a creative-cognitive process, which he can profitably use in every moment of his life “.

Admittedly, Dibenedetto’s words broaden the horizons of yoga to where most of us would never have thought of placing them. However, I believe that many of us mothers and fathers, who fight daily with extremely lively and noisy children at home, are doubtful. Is it possible that yoga, with its so static and silent positions, fits in with the nature of children?

“Yes, in fact, yoga, as we adults practice it, is exactly the opposite of the natural vivacity of children, which should not be inhibited but supported. All the positions of yoga practice, called asanas, have come to us as static positions that lead to internalization. The children, on the other hand, are made to perform these positions in a dynamic and playful way. Each session of the Yogandoimparo method begins with moments of discharge of superfluous energies, through group games, then we move on to the asanas, always playful, through the telling of a story with the body that sees animals and / or elements of nature as protagonists, which reflect the positions of yoga. After the story, there are moments of listening and reflection; the stories always pursue ethical and value purposes. Finally, we move on to concentration and relaxation games that children, after having discharged, appreciate a lot.

After the session there are moments in which the little ones express all their creativity, through free writing, drawing, the invention of poetry or the creation of artifacts.

At that point, even the creativity of the teacher who leads can indulge itself ”.

Is Yoga suitable for all children?

One might wonder if this discipline is suitable for all children or not. Whether there are pros and cons depending on the character of the little ones.

“Children are a happy combination of mind and vitality. If there is an excess of mental energy and low vital energy, the child will think, fantasize, design, but will not have the necessary dynamism to carry out his own projects. If, on the contrary, there is an excess of vital energy and low mental energy, then the child will be turbulent and continually create problems for peers, teachers and parents.

To bring balance between these two natural energies and facilitate the development of a harmonious personality in the child, yoga has proven to be one of the most effective and practical ways. It is clear, therefore, that yoga is good for every child, as it is good for every adult because it harmonises every aspect of the human personality ”.

Is it easier for children to practice yoga than for us?

In learning, an important factor is the mental state of the learner.

The adult mind can be compared to an artichoke, in which, before reaching the most tender and pure part, which is in the center, it is necessary to eliminate the hard leaves which, for our mind, are represented by conditioning, by superstructures. This is the reason why we adults, faced with a new discipline and not only, resist.

Teaching children to inhale deeply and let go by exhaling (basic yoga practices together with asanas), prevents them from forming stagnant energy, eliminates the formation of ‘hard leaves’ and allows them to maintain a pure and free mind.

This is why everything is simpler and more natural for children. And that’s also why the sooner you start the better ”.

After these reflections and important words of Dibenedetto, an informal wow would be exclaimed, not very elegant but very explanatory. Because, thanks to her, we learned a lot of information about yoga for children. We have explored its meaning, its roots, its multiple benefits. We understood the differences, of activity above all, compared to that practiced by us adults and why it is important that the practice starts as soon as possible.

In short, I’m sure that many of us will soon be looking for a yoga class for children! In fact, together with other sports dedicated to children, it represents a moment of growth that will have a positive impact on their future.

Ilaria Barabrossa
1636 posts
Previous Post
Anna Tatangelo speaks for the first time about Livio Cori: “I’m in love”
Next Post
Rome crazy for Johnny Depp (and for his double)