You and I, Barbara Bouchet confesses to Diaco: the relationship with beauty and the background on Ballando 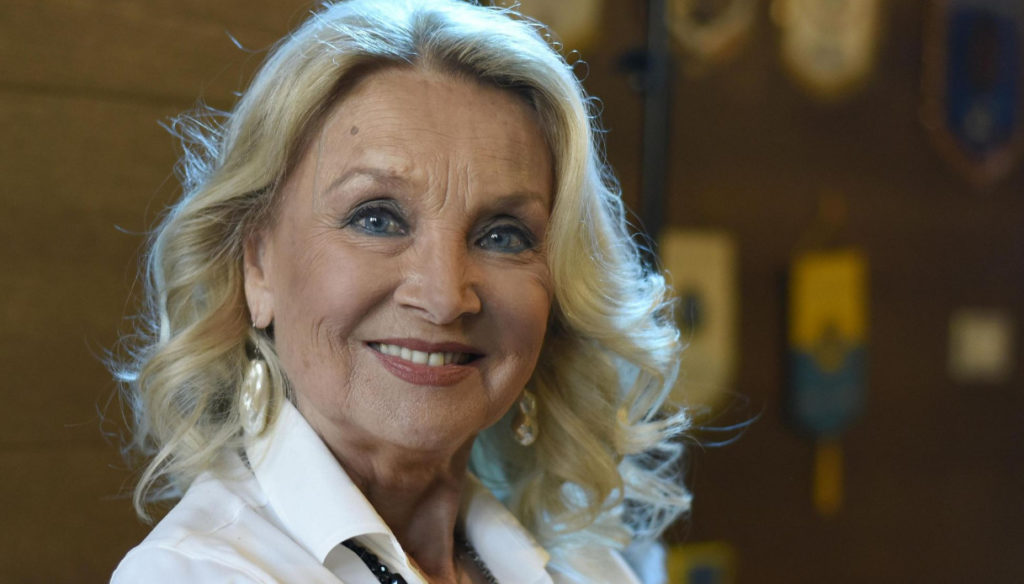 77 years old and as always beautiful, the actress confessed with an open heart in the studio of the Roman conductor

Pierluigi Diaco returned as usual after the weekend break and, in the studio of Io e Te, he hosted a lady from the cinema: Barbara Bouchet. Mother of chef Alessandro Borghese and muse of a world-renowned filmmaker like Quentin Tarantino, she was introduced by the usual card edited by Paola Tavella, who retraced the most important moments of her long career.

After this interlude on his artistic career, Pierluigi Diaco's interview with the German naturalized Italian actress (who turned 77 on August 15th) began. The Roman conductor – who anticipated Filippo Bisciglia's guest scheduled for Friday 21 August – began by expressing his profound esteem to the actress, whom he has already interviewed in the past.

The discussion then moved on to friendship and the compliments that Bouchet receives when she is stopped on the street. The actress – who has received praise from Diaco for both her current and past elegance – said she has many female fans.

Alessandro Borghese's mother and Pierluigi Diaco then talked about the world of influencers, and then later focused on the roles that have characterized Bouchet's career. "I kept saying to get old and ugly, but to give me a role that was suitable for my age": these are the words of the actress, who said she had so much satisfaction from the role played in the film Put Grandmother in Freeza, experience that saw her sharing the set with Miriam Leone.

According to him, this role has opened the door to more suitable parts for a woman of her age, who does not have to be beautiful and glamorous. The attention to the theme of the body that changes with age has allowed Diaco to introduce the topic of cosmetic surgery, which Bouchet defined "a fashion that I have not decided to follow", describing herself as lucky in terms of beauty thanks to the mother's DNA.

The interview with Diaco allowed the actress to remember a special moment with her son Alessandro Borghese. The Roman presenter has in fact broadcast a very tender video dating back to 1980 and linked to the program Me and Food.

In the video, which sees Bouchet talking about her relationship with nutrition, there is Alessandro Borghese, then a child, who is fed by his mother. The splendid actress also spoke about her upcoming participation in Dancing with the Stars, stating that the dance show had already been proposed to her in the past but that she had not been able to accept for reasons related to other employment contracts

Barbara Catucci
4878 posts
Previous Post
Meghan Markle and Harry are looking for a job. "They have to pay off the super loan of the villa"
Next Post
Savory, the special herb that helps control cholesterol