Zuckerberg and Priscilla expectantly: a baby is coming 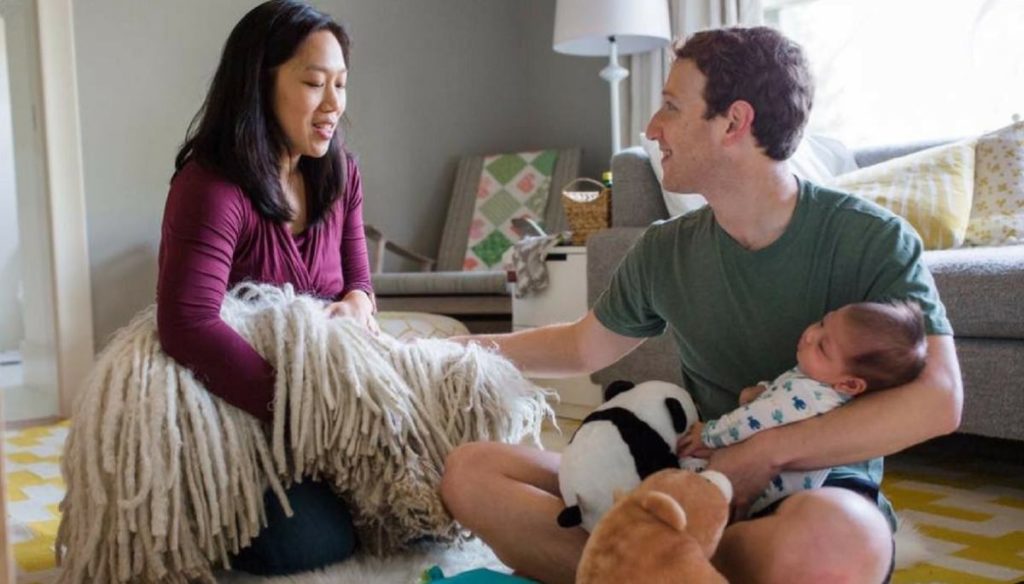 Zuckerberg and Priscilla celebrate the news of a new pregnancy: pink ribbon arriving in one of the most famous families in the world

The famous Facebook founder Mark Zuckerberg announced on his social profile a wonderful news: he and his wife Priscilla are expecting their second daughter. On December 1, 2015 Zuckerberg and his wife announced to the world the birth of their first daughter Max, expressing immense happiness for the arrival of their beloved creature. In the past years Priscilla had experienced the difficulty of some spontaneous abortions, for this reason the birth of Max was welcomed with a particular enthusiasm.

Zuckerberg and Priscilla: their letter to their daughter Max

A few hours after Max was born, the founder of Facebook and his wife published a moving letter on the social network dedicated to the child, revealing their desire to actively support the rights of all the children of the world. They decided to live up to their words through the Chan Zuckerberg Initiative, an ad hoc non-profit organization that aims to "unite people in the world with the aim of promoting human potential and equality for all children". In the following months, the photos that portrayed the most intimate and tender moments of the family were not missing, like the first bath of the little girl, adorable in her white and blue striped costume, in the company of her father Mark.

It is only a few hours ago that the news that Mark and Priscilla, one of the most famous couples in the world, will become parents for the second time: they are waiting for another child. The young founder of Facebook shared a very moving status on his social profile, dedicated to the most important women of his life. Zuckerberg confessed to being enthusiastic in learning that Max will soon have a little sister: he himself grew up supported by the love and support of three sisters, who taught him "to learn from strong and brilliant women". Even his wife Priscilla has a sister to whom she is very fond and with whom she shared the small and great satisfactions of life: the CEO of Facebook is certain that even his two daughters will know how to support each other, convinced that there is no better gift in the world than having a sister.