A step from heaven 6, the previews of the second episode on 8 April 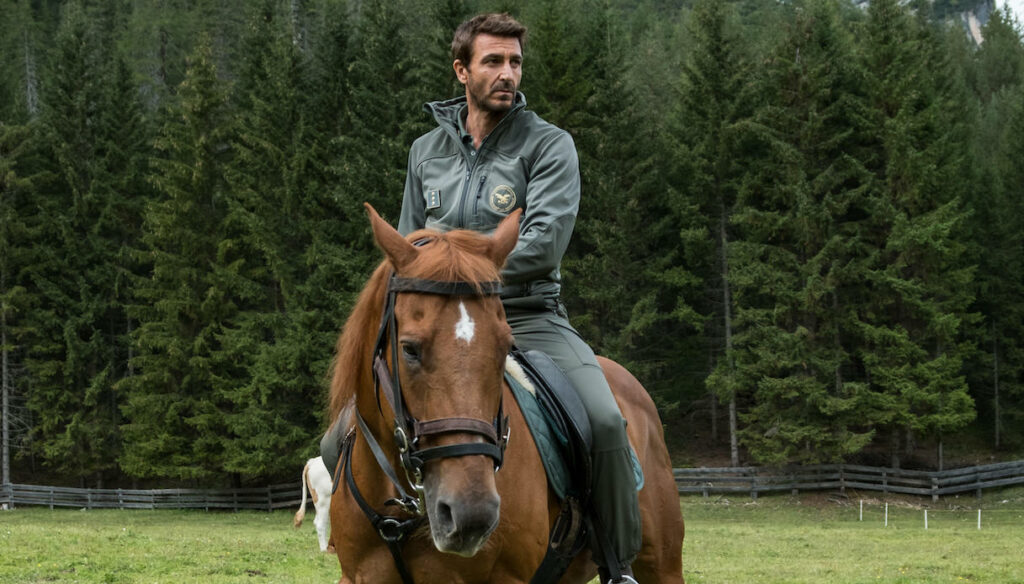 The new episodes of "Un passo dal cielo 6" are full of surprises: here are the previews of the second appointment

There was great excitement for the return to our screens of one of the most popular fiction of recent years: we are talking about Un passo dal cielo 6, which landed on TV in recent days with an exciting season full of twists. The debut episode immediately captured the attention of the public, but what will happen in the next appointment? Let's find out together.

The expectation of viewers has been amply rewarded: the new season of One Step from Heaven has started with a bang and surprises have certainly not been lacking. The television comeback of Daniele Liotti, who plays a leading role in Rai's fiction, turned out to be the success we all expected. In the role of the now former forest ranger, Francesco Neri has decided to abandon his routine to fulfill the wish of his beloved Emma Giorgi: to bring the wolves to safety in their ideal habitat, in Slovenia. But not everything goes as expected …

The first episode of Un passo dal cielo 6 opened with a twist. Emma is no longer there: the aneurysm that had threatened her life for so long finally took her away. For Francesco it was a very painful blow, and we surprise him on several occasions to look at the photo of his beloved, taken on their wedding day. Pilar Fogliati, the talented actress who has lent her face to Giorgi, thus leaves the fixed cast of the fiction – however she remains present in many flashbacks that will accompany Francesco in his thousand adventures.

On the other hand, there are numerous new entries that crowd this season of One Step from Heaven, and which we find in the second episode of the fiction. What do the previews reveal to us? Manuela, the sister of Commissioner Nappi who has recently arrived in the mountains of Belluno, is the victim of a dramatic accident. The young woman (played by the beautiful Giusy Buscemi) is narrowly saved thanks to the intervention of Camilla, an aspiring policewoman, who manages to remove her from the place where a bomb exploded. Francesco naturally begins to investigate the person responsible: who put the bomb in that place, showing a grudge against the commissioner? And above all, are there other bombs ready to blow up?

The clues all seem to lead to the old mine, but the case does not appear to be easy to resolve. For Francis, therefore, a real inner struggle begins: on the one hand the desire to leave for Slovenia and complete his task with the wolves, on the other the need to stay to help Vincenzo unravel the problem. The case of Dafne (one of the new entries played by Aurora Ruffino) also remains pending. The woman is still in a coma, and her daughter was in danger of being kidnapped by her father, a particularly violent man. Everything seems to fall on the shoulders of Francesco, who is not yet ready to leave.

Barbara Catucci
11926 posts
Previous Post
Sleep disorders: when insomnia becomes a pathology and the tests to be done
Next Post
Barbara D’Urso could give up on Domenica Live: Isoardi's name appears