Arisa, the invitation to the freedom to be oneself that we should all listen to 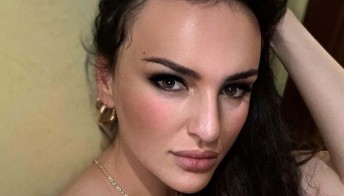 Arisa’s changes over the last few years are now infinite. An artist who is never afraid to dare, experiment, change, be what he wants to be, even at the cost of being strange in the eyes of some as has happened lately after the publication of some photos in sexy positions and with few clothes on. But what is the real reason for these choices by Arisa? The singer herself explained it in an interview with Il Giornale.

Helmet, huge eyeglasses, special clothes: this is how Arisa presented herself during her first Sanremo in 2009, which she won with the song Sincerità. People had loved that slightly out of line air, which still remains despite the singer’s major aesthetic changes.

The kiss live on Dancing with the stars

“When I have little to do I fall into depression, I get fat, I cut my hair, in short, I feel the need for emotions, to feel alive. Even giving a kiss live without knowing what it is ”, continues to explain Arisa referring to the kiss given live to the dancer Vito Coppola, companion of the singer in the program Dancing with the Stars, hosted by Milly Carlucci.

“My mother told me: if they are roses they will bloom. Seriously, that’s how I am: there are things you do because you feel them. The important thing is to be yourself ”, he added.

The important thing is to be yourself in order to do everything you feel like doing, therefore, and perhaps we should take these words from Arisa as a great piece of advice to take and take home. For years she received insulting comments for her looks, for being a little out of line than usual, but in the end she always kept doing what she thought was right.

She has changed her style of dressing, she has changed her haircut, color, make up, but in the end she is still the same. You recognize her, because at the bottom of all these surrounding things there is the person, and Arisa never seems to have betrayed what is inside. How many of us could say the same thing?

Barbara Catucci
11111 posts
Previous Post
GF Vip, Giulia Cavaglià breaks the silence after the exclusion: “I bite the bullet and go ahead”
Next Post
Farewell to Ennio Doris, who are his wife Lina and children Massimo and Annalisa