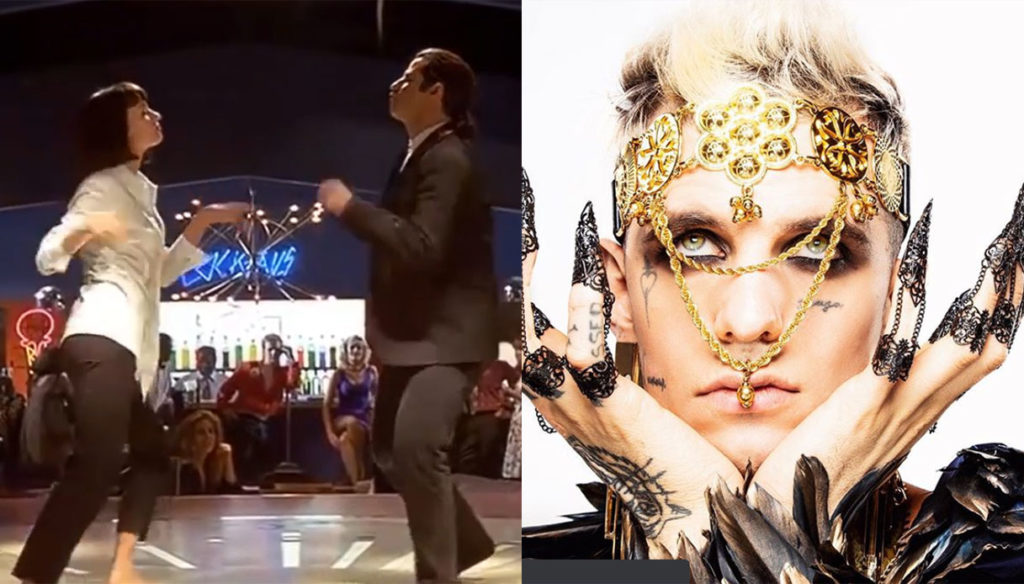 Bam Bam Twits, Achille Lauro's new single, a tribute to the 60s dance, "social anti-distancing" and to the cinema of Tarantino and Scorsese. And the web goes crazy

Achille Lauro strikes again. The most bizarre, nonconformist and over the top character of the music scene, the true and only phenomenon of the last Sanremo Festival, whatever he does or says, does not go unnoticed. And the latest single released on June 19, 2020 is no exception.

It's called Bam Bam Twist and as you can guess right from the title, it's a wanted homage to the 60s dance. not only: in the piece there are explicit references to the noir and "daring" cinema of Quentin Tarantino and Martin Scorsese, of which Lauro is a great fa.

It was the singer himself who anticipated the release of the single on social media, writing:

In times of social distancing, my madness takes you to the track with a dance for two, which was at the same time the most promiscuous and the most elegant of the "mythical" and "fabulous" years of the Economic Miracle. A dance that arises from the gestures of "extinguishing cigarette butts on the dance floor and cleaning the surfaces with the ends of a towel": the Twist, the sexy and sensual evolution of Swing

Bam bam twist strikes with its simple and intriguing rhythm of guitars and snare, in which it is easy to imagine shootings and daring escapes, as in the best cinematographic tradition, because of the "Boss Woman"

Not surprisingly, on Instagram, the singer posted the legendary twist scene of Uma Thurman and John Travolta, aka Mia Wallace and Vincent Vega, in Pulp Fiction. But in Achilles' video, instead of dancing on the notes of You can never can tell, by Chuck Berry, they do it on those of Bam Bam Twist. Delusion of omnipotence, according to some. 100% genius, according to others. But so much Lauro "cares …".