Belen Rodriguez, the father reappears on Instagram after the drama

After the drama of a few months ago and the gossip, Gustavo, Belen Rodriguez's beloved dad, reappears on Instagram

Belen Rodriguez's father reappears on Instagram after the drama that hit the family a few months ago.

It was almost Christmas when the news of the hospitalization of Gustavo, Belen's beloved father, had been published on the front pages of all the gossip newspapers. The man, who lives in a luxury apartment in via Brera, in the center of Milan, had started screaming at passers-by and throwing objects on the street.

His over-the-top behavior had required the intervention of the police and, subsequently, an ambulance, which had taken Gustavo away in evident "altered state". Since then the Rodriguez family has gathered around the man and Belen has not wanted to comment on what happened.

The showgirl, always very close to her family, not only hadn't talked about her father anymore, but she hadn't even posted photos anymore. Part of the mystery was solved by Jeremias, who during an interview with Verissimo explained: "We are human, unfortunately he received very painful news and everyone tries to solve the problems as he can. Otherwise we would all be happy, but the truth is that it is not always the case. The only thing we can do – he concluded – is to be close to him and that's what we are doing. Let's go on, our parents have always been close to us, now it's up to us ".

It is not yet clear what happened to Gustavo, but certainly the man is slowly recovering, also thanks to the affection of his family. His grandson Santiago, the protagonist of Mother Belen's last shot, thinks about smiling. In the photo Santi walks the streets of Milan with his grandfather and happily points to an advertising billboard in which the showgirl appears.

"Santi y papa … y Belu" wrote Rodriguez, commenting on the photo. After a difficult period it seems that serenity has returned for Argentina, thanks also to Stefano De Martino's love. The ex made the flashback official with a romantic trip to Morocco and, according to the latest rumors, they would be ready to expand the family with the arrival of another child. 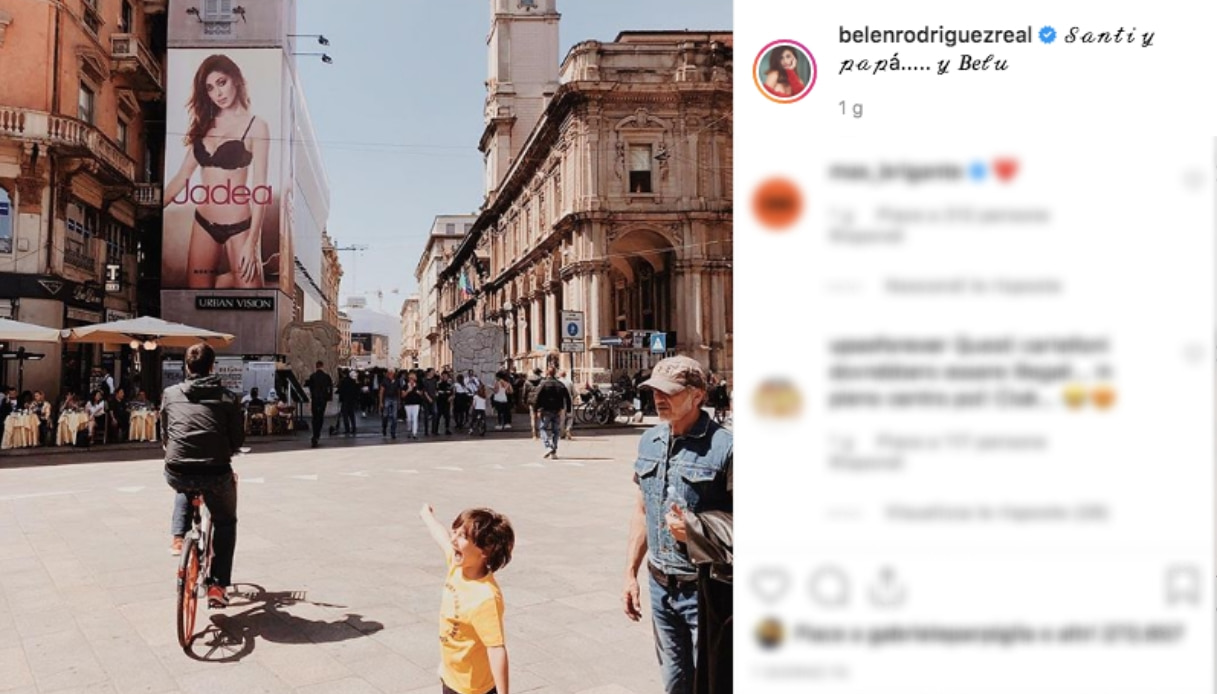