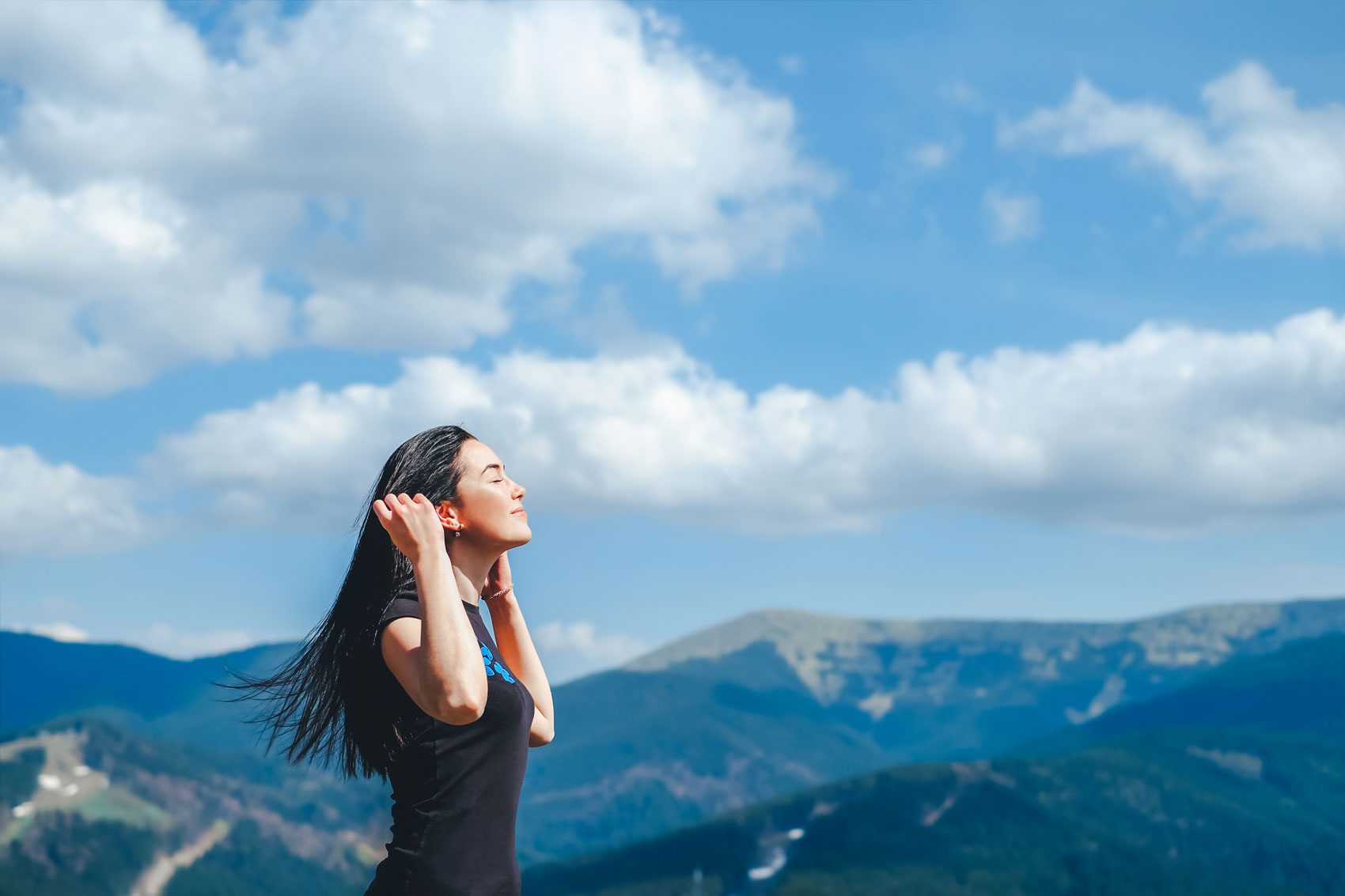 Breathing properly helps our immune defenses. Researchers from the Wyss Institute at Harvard University discovered this by studying a mini-lung reproduced on a chip: the simple mechanical force exerted on the alveoli during inhalation and exhalation is able to activate the immune response innate, inhibiting the replication of viruses such as influenza.

The study, published in the journal Nature Communications, is just the latest in a long series that demonstrates how keeping the respiratory system healthy and efficient is a basic necessity for the well-being of the whole organism and the psyche. A need that we can train ourselves to satisfy, every day.

Breathing: the importance of slowing down

“Breathing is essential for survival and for this reason it is automatically and unconsciously controlled by the central nervous system”, explains Dr. Carlo Sturani, pulmonologist and internal medicine specialist. “If we learn to regulate this mechanism in a conscious way, we can obtain great benefits: by ‘resetting it’ it is possible to realign the mind-body dynamics, which are mediated precisely by the cadence of the breathing acts”.

This principle is at the basis of the ancient practice of yoga, which induces a slowing of the respiratory rate and an increase in the depth of diaphragmatic-abdominal breathing. Over 20 thousand scientific publications in the last twenty years have shown that this discipline is comparable to a respiratory rehabilitation technique. “The exercise of Pranayama practiced with constancy lowers the heart rate and blood pressure, stimulates the immune system, reduces inflammation and counteracts the stress hormone, cortisol. This facilitates the control of body weight, reducing the risk of insulin resistance, avoiding the onset of chronic diseases such as diabetes and counteracting the tendency to obesity ».

The benefits of Pranayama

“A research has compared the main breathing techniques used in yoga and has shown that Pranayama (from the Sanskrit” prana “, which means vital energy, and” ayama “, control), is able to act on the heart rate, on the brain and on the emotions ”, underlines Dr. Sturani. «In fact, if we maintain a frequency of six breaths per minute for at least five minutes (inhaling through the nose for 4 seconds and exhaling for 6 seconds or more) we can activate the vagus nerve, a crucial element of the autonomic nervous system.

“Yoga practiced in water is a useful activity not only for the muscles and joints, but also for the lungs”, explains pulmonologist Carlo Sturani. «The pressure exerted by the water on the abdomen, in fact, facilitates breathing exercises by improving the lifting of the diaphragm and the complete escape of air in the expiratory phase. Furthermore, the hydrostatic pressure induces an increase in the volume of blood pumped by the heart into the circulation, improving gas exchange at the level of the pulmonary capillaries ».

The benefits are greater if you practice yoga in thermal water: «Inhale the hydrogen sulfide of the sulphurous waters it reduces the viscosity of the mucus, improves the control of infections and reduces the risk of exacerbations of respiratory disorders ». Then, given the absence of gravity, it allows you to take positions with little effort, so it is suitable for everyone.

The effects of sulphurous waters on the lungs

A German research recently published in the journal Trauma Care he even highlighted how conscious breathing and meditation are able to protect the health of the heart, through the action of molecules such as oxytocin and hydrogen sulfide. «The latter», recalls the pulmonologist, «is a gas transmitter which promotes respiratory function and is here I’m also in the sulphurous thermal waters. It is therefore possible to take it naturally through inhalation thermal treatments, which have a proven mucolytic, antioxidant, anti-inflammatory and even antiviral action ».

For improve symptoms of respiratory disordersprevent flare-ups and counteract the damage induced by smoke and pollution, “the ideal is to do two cycles of treatments a year at the change of season, combining aerosols, inhalations with steam jets, micronized nasal showers and endotympanic insufflations as needed” , specifies the specialist, who is also a member of the Scientific Committee of the Terme di Sirmione, of which he has already been the scientific health director.

“Inhalations are indicated for children and adults in case of simple or chronic bronchitis, sinusitis, but also ENT diseases such as laryngopharyngitis and chronic otitis. Patients suffering from chronic obstructive pulmonary disease (COPD) can also benefit greatly: a study by the University of Ferrara has in fact shown a reduction in the inflammatory and oxidative state with better control of the disease over time “.

Strengthens the lungs at the dinner table

Lung health is also conquered at the table: word of Anna Villarini, biologist and nutritionist specializing in food science. “Diet is very important for good breathing, because food can affect inflammation, mucus production, immune defenses and the” good “microorganisms that reside in the airways.”

There are no taboo foods that must be eliminated, “But some must reduce consumption”, underlines the nutritionist, who at the Terme di Sirmione led a meticulous review of the menus by introducing red, yellow and green stickers to indicate to guests how often it is appropriate to consume each dish. “The Mediterranean diet remains the beacon to follow”, adds the expert, indicating five golden rules.

Ask our experts your question