Dancing, hugs and cuddles between Vittoria Schisano and the maestro Marco De Angelis 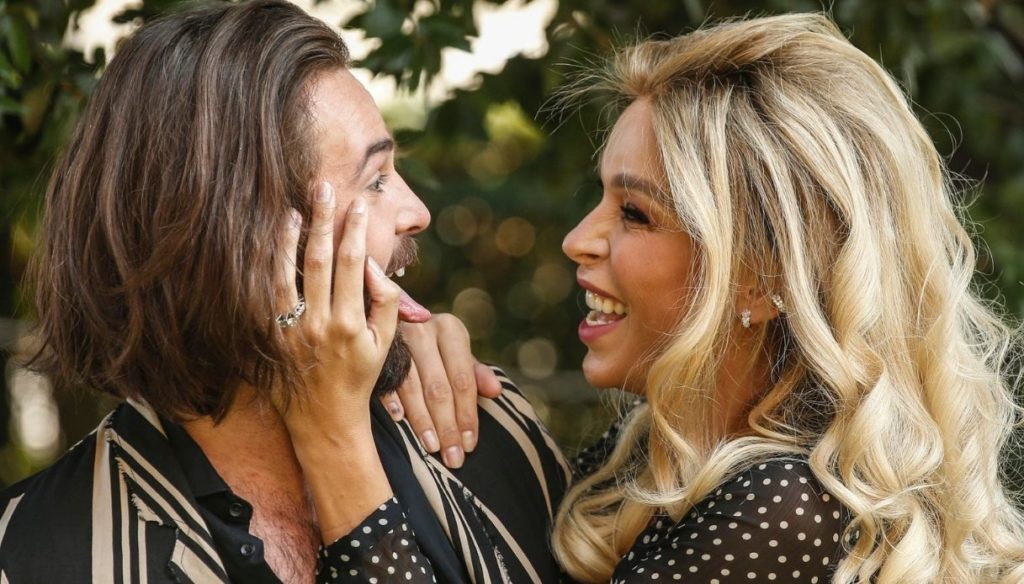 Cuddles and hugs between Vittoria Schisano and the maestro Marco De Angelis away from Dancing with the Stars. The two competitors of Milly Carlucci's show have built a good understanding not only on the track, but also with the cameras off. This is confirmed by the photos published by the weekly Oggi, in which the two embrace in the garden of Vittoria's villa, amidst smiles and an understanding that does not escape.

In the last episode of Dancing with the Stars, Vittoria Schisano surprised everyone, showing great skill on the dance floor. In front of the judges, the dancer had dissolved in tears, recounting her difficult past and explaining her relationship with Marco De Angelis in a mixed way. "A part of me that desires this caress, while another that does not think it deserves it," he said, speaking of the ever closer bond with the dancer and the choreography brought to the stage. "I cannot forget my past – he explained – […] I know that there are no aggressions, but I reiterate a concept: when I'm here to do ballet I'm at ease, but when Marco stops being my dance partner and become a man, I go haywire ”.

The latest edition of Dancing with the Stars is giving viewers many emotions. Many cheer on couples hoping that, between one dance and another, some love may also be born. This is the case of Vittoria Schisano and Marco De Angelis, but also of Elisa Isoardi and Raimondo Todaro. The former host of the Chef's Test and the dancer never hid a strong feeling and were spotted several times hand in hand even far from the television studios.

“Everything that happens and has happened up to here with Raimondo has happened in there and only concerns music and dance – Isoardi clarified to the weekly Chi -. Todaro is a serious, responsible and respectful teacher and the same thing applies to me as a student […] I do not exclude anything a priori – he added -, but 'if', it will be after Dancing. For now we have heart, mind and body only for dancing ”.

Barbara Catucci
11506 posts
Previous Post
GF Vip, competitors' cachets revealed
Next Post
Paola di Benedetto, tells of the move on Instagram: "I will no longer be alone but next to the person I love"