Domenica In, surprise for Bocelli and his wife Veronica: daughter Virginia on TV 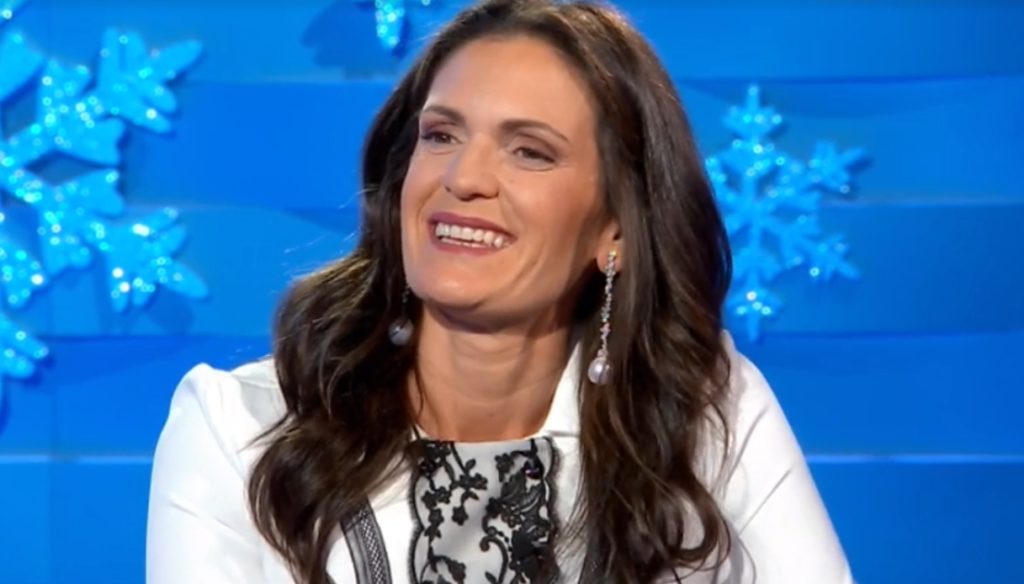 Andrea Bocelli talks to Domenica In with his wife Veronica. And in the studio comes a surprise from his daughter Virginia

On the notes of “Silent Night” a new exciting episode of Domenica In has opened. The tenor Andrea Bocelli, talented ambassador of Italian music in the world, delighted the audience with his incredible voice. Red lights and snowflakes in the background, in the foreground he is sitting at the piano for a start with a sweet and Christmas atmosphere, themed with the period.

After the song, the hostess Mara Venier welcomed Veronica Berti, wife of the singer, into the studio. The two are inseparable both in private life and in work.

The episode went live, retracing the most significant stages of his career: over 80 million records sold all over the world, in first place in the international charts and iconic images that portray him together with the greatest artists of international music.

The tenor talked about his great success and how unexpected it was “because success is not something that can be planned or predicted. I did nothing to achieve this, so much so that in my house they accused me of being indolent, of not doing enough to achieve my dreams. But I lived with music, every day, and I was happy like that ".

On Domenica In there was no shortage of moments dedicated to the singer's past, starting with his childhood spent in the Tuscan countryside among the sweet black and white memories of his home and his beloved parents. From his mother Bocelli he inherited the strong and impetuous character, as stated by Veronica. A woman to be admired for the courage to never lose heart, even in the face of the most difficult moments. First of all, the illness of the son, which has changed their lives forever since the singer was a few months old. She herself tells it in a video recorded a few years ago, with a very special anecdote: a white dove alighted on the window sill when Bocelli was born and that vision helped her face the difficult moments in life.

A mother who was also instrumental in the singer's career, the first to realize that that suffering child stopped crying only when the opera started. His father, on the other hand, was a man with a reflective soul and Bocelli recounted, not a little moved, how much for him he was an example to follow for integrity and acumen.

The singer's anecdotes are a true piece of music history, and more. This full immersion in memories between the first Sanremo Festival won in 1994, the great farewell to boxing event of the German champion Henry Maske, which in 1996 made his international success when he was still almost unknown, was really exciting. And again when he met Mohammed Ali, right in his house, and realized that that world icon had his records at home. Mara Venier also broadcast a beautiful roundup of performances by the singer together with the great music stars such as Laura Pausini, Lucio Dalla, Pavarotti, Renato Zero and Celine Dion, who has become her great friend.

Under the complicit and loving gaze of his wife Veronica, the singer then talked about when 20 years ago they met at a party and how it took a moment to understand that she would be the woman of his life.

Andrea Bocelli and his wife Veronica have spent, then splendid words towards their children. Amos and Matteo, from the singer's first marriage, and little Virginia, the latest arrival. And just at this moment a wonderful surprise arrived for both of them: Virginia recorded a video message for her parents just before the show in Parma, thanking them as only a good daughter can do.

The interview with the singer and his wife reached exciting, sometimes funny peaks. But above all he showed how a great talent is often accompanied by a great heart. Mara Venier showed the images of the Nuova Accademia di Camerino, built by Bocelli and Veronica to give the young people of Camerino a place to study music, after the terrible earthquake in the Marche. Project concluded in record time, despite the tenor and his family having experienced dramatic months due to the Coronavirus.

Barbara Catucci
7128 posts
Previous Post
Meghan Markle and Harry, what the Queen won't say in her Christmas speech
Next Post
Domenica In, Gabriella Carlucci (Milly's sister) is back on TV: the beginnings and memories with Mara