Easter 2021, travel abroad for tourism: where you can go and rules 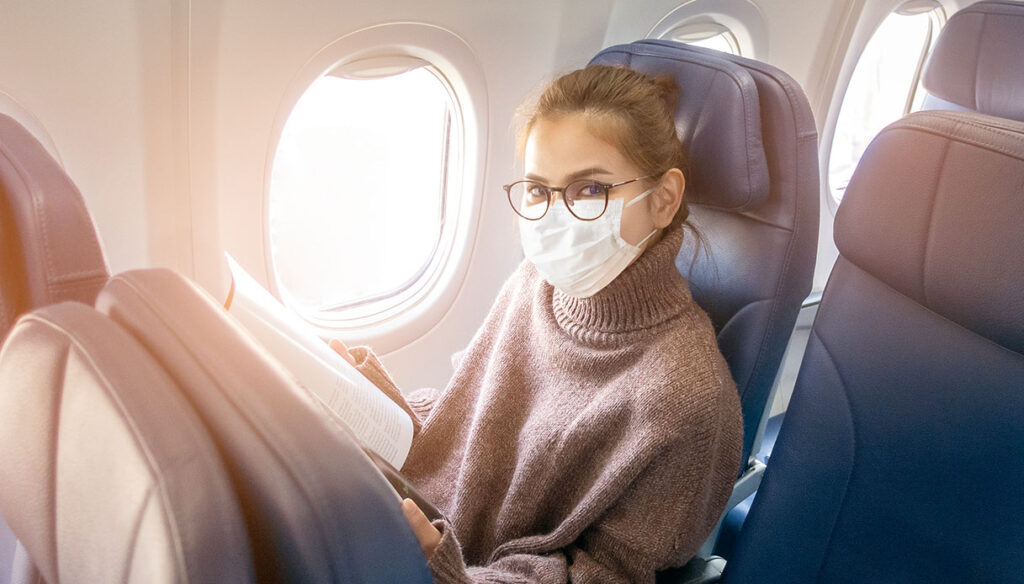 The Ministry of the Interior has made it clear that it is allowed to leave for a trip abroad, even from a red zone: where can you go and what are the rules to follow

The reopening of the borders of European countries already last June allowed the resumption of travel abroad, also confirmed by the Prime Ministerial Decree of 2 March signed by Prime Minister Mario Draghi. The novelty, or rather, the clarification that makes the green light to travel for Easter official is the possibility of starting from a red zone.

It seems a paradox, considering that on public holidays all of Italy will be the red zone and travel outside the municipalities will be prohibited, but it will be possible to take a plane to another country. Yet that's really the way it is.

The movements allowed in the red zone

During the days of 3, 4 and 5 April all of Italy will be the red zone and therefore no travel will be allowed. Italians are asked to stay at home, although it will be possible to visit friends and relatives once a day as long as they are within the same municipality.

Now, however, we learn that in those same days it will be possible to leave the Municipality to go to the airport for a trip. Confirmation came from the Ministry of the Interior which, upon request for clarification made by Astoi Confindustria Viaggi (the Association that represents over 90% of the Tour Operating market in Italy), shed light on a gray area of ​​the legislation about moving in view of the new limitations.

As noted by the association, in fact, there is no "clarity on how the legislation that allows you to travel freely to a country in the EU / Schengen area could be reconciled with the restrictive measures adopted on the national territory based on the risk bands". The Interior Ministry explained that even in the red or orange area it is possible to move to reach the airport, just be equipped with self-certification and be able to provide the details of the trip.

Foreign Minister Luigi Di Maio himself clarified during an interview with Tg2 Post that "Those who go abroad and return must swab on the outward and return journeys. This falls within the rules of European mobility. But we are absolutely not advising citizens to go abroad, on the contrary we advise against moving because we are in a difficult phase ", he said, emphasizing that" What we asked for is to stay at home and not to move ".

New measures could be taken by the government in view of the new decree that will give the provisions for the period after Easter. As far as travel is concerned, however, we are increasingly moving towards the hypothesis of the so-called immunity passport.

Travel abroad, where you can go

Understanding which countries it is possible to go to is not so simple, because it is necessary to distinguish between the destinations where you can travel without restrictions and those where there is a buffer and quarantine. To get a clearer idea, you have to rely on Annex 20 of the Prime Ministerial Decree of 2 March which divides the countries into five lists: A, B, C, D and E (which are constantly updated by the Ministry of Health ordinances). List E is the one that collects the countries where it is not allowed to go.

Those in which you can go without limitations are present in lists A and B. The first includes San Marino and the Vatican City. There is currently no country in list B because not even one is considered to have a low epidemiological risk.

The question is different for List C countries, for which Italian legislation allows travel without the need for motivation, but requires a self-declaration upon return and the obligation to undergo molecular or antigen tests 48 hours before departure. To be able to return to Italy, the swab must obviously be negative. If you do not submit a certificate relating to the test, you are forced into fiduciary isolation and health surveillance.

The countries that are currently in list C are:

• Austria (with specific limitations, described in the appropriate paragraph on the Farnesina website)

• Denmark (including the Faroe Islands and Greenland)

• France (including Guadeloupe, Martinique, Guyana, Réunion, Mayotte and excluding other territories located outside the European continent)

• Portugal (including Azores and Madeira)

Not only countries of the European Union and Schengen. From August 2020, tourism trips are also possible in some foreign countries considered to have a low epidemiological risk.

In this case, upon returning to Italy it is mandatory to fill in a self-declaration and undergo fiduciary isolation and health surveillance for 14 days. You can reach your home only by private vehicle.

Among the countries that currently appear in List D we find:

This is the theory, so comes the practice. Because if it is true that under Italian law it is allowed to travel abroad for tourism, it is equally true that, before traveling, it is good to inquire about the regulations in force in the country of destination. The fact that the Italian legislation provides that you can go to a specific country does not mean that once you get there you can move freely. It is advisable to check what measures are in force at the place of arrival: if it is mandatory to have a swab, if quarantine on arrival is mandatory, if there is a curfew. Not only that: given the situation there is the risk of going to a destination without being able to enjoy it as you would like because museums, bars and restaurants could be closed as well as many other activities.

Lorenzo Gavazzi
2483 posts
Previous Post
Meghan Markle, Harry has found a job so as not to remain in the shadows
Next Post
Silk pillowcases: the must-have accessory for more beautiful skin and hair