GF Vip 2020, Elia-De Grenet clash, everyone against Dayane: the report cards of the thirty-first episode 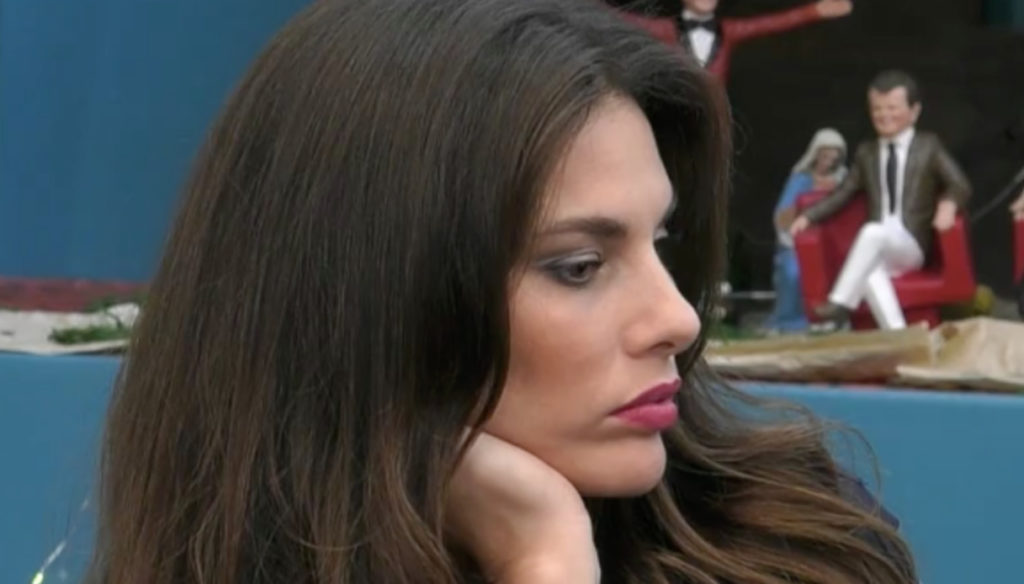 At the "GF Vip" the clash between Antonella Elia and Samantha De Grenet is staged, while the House takes sides against Dayane Mello

The GF Vip does not stop and returns with an episode full of emotions conducted, once again, by a masterful Alfonso Signorini. The increasingly rich and varied cast is never boring, with ever new dynamics, intrigues to unravel and strategies to discover. At the center of the episode is the flirtation between Giulia Salemi and Pierpaolo Pretelli, but also the behavior of Dayane Mello and the touching story of Giacomo Urtis.

Let's find out the report cards of the thirty-first episode of the GF Vip.

DAYANE MELLO – In the thirty-first episode of the GF Vip, the model is forced to respond to attacks that come from multiple fronts. After causing a crisis between Andrea Zelletta and Natalia Paragoni with his revelations (which have not been confirmed for now), Dayane targeted Giulia Salemi, criticizing her relationship with Pierpaolo Pretelli. A behavior that was not liked by the other tenants who increasingly see Mello as a strategist, ready to create intrigues and cause havoc in the House. "But look at Alfonso, Giulia and I knew each other outside, but we were never friends, then she came here and I got fond of it and now I just want her to be happy", he said in episode, but no one gave any sign to believe her. Stefania Orlando also intervened on the matter, explaining: "In my opinion you a little bit of money, but a lot too. Not even Giulia is satisfied, it is you who are talking about the life of others in reality, in reality the real parsley is you, I never said bad things as you do, you say bad things and offend. Limited ". Selvaggia Roma also shared the same idea and wanted to make its voice heard from the studio. “You are inconsistent and you also seem envious. Even with me, you said that I was your friend, then later you talked to me behind my back. Nobody understands you, you understand yourself ”, his words. In short, everyone against Dayane Mello, but what is the truth? Difficult to understand especially because, as Alfonso Signorini himself pointed out, the dynamics that arise during the week seem to disappear during the live broadcast. So after quarrels and subterfuges, the VIPs make peace just before the episode. Seeing clearly is difficult. VOTE: 5.

ANTONELLA ELIA – We have always loved his sincerity and freedom, his being pungent and outspoken. The insults pronounced against Samantha De Grenet, however, are not pleasant at all and risk obscuring what is beautiful in Antonella. After last week's clash, Elia entered the GF Vip House for a confrontation with the showgirl. However, the meeting turned into a series of offenses. "But who do you think you are? 'Am I cabbage? Do you think you have the right to talk to me like that? About you I told the truth – began Antonella -. We don't talk to you because you are a noble? We met three times and we never even spoke ”. The columnist reserved very harsh words towards his colleague: "At the height of your career you made the queen of gorgonzola. An arrogant person convinced that he can call others an idiot. You are a bit fatter anyway, you are giving in to the weight of age. How cool, I'm back in the House and I have a bitch in front of me and it's great to call her a bitch. " Samantha De Grenet's response was: "How much are you lady", but Elijah did not stop. “You are a poorly cleaned borgatara – he added -. If I could go inside, it would be an enjoyment ”. Seeing a woman who insults another in such a harsh way is never nice. VOTE: 3.

PIERPAOLO PRETELLI and GIULIA SALEMI – Perhaps it is still early to give an opinion to this couple born just a few weeks ago in the GF Vip House. Certainly the link is debatable. Not only the fans who dreamed of a flirtation between the former velino of Striscia la Notizia and Elisabetta Gregoraci, but also the relatives of the competitors. Margherita, Pretelli's mother, entered the Cinecittà loft to warn her son and ask him not to go further in his love story with the influencer. "I want to tell you that you have a baby at home – he said referring to Leo, born of love for Ariadna Romero -, you have to think about the fact that you have a child, your grandparents see you 24 hours a day. The kiss on the cheek , no further, I tell you as a mother, you have to do it for Leo. Make yourself known, you let yourself go ”. There is a big question mark about the couple, even if both seem sincere in sharing their feelings. Pretelli has shown, beyond the gossip, that he is not interested in strategies and even Giulia Salemi, who some time ago had started a relationship with Francesco Monte at the GF Vip, appeared very taken by the model. As they say: “If they are roses they will bloom”. In the meantime, all that remains is to wait. VOTE: suspended.

GIACOMO URTIS – Sometimes the most unexpected people surprise us. This time it happened with Giacomo Urtis who, having entered as a gossip expert and VIP surgeon, revealed an extraordinary sensitivity and a painful history behind him. “My father still asks me when I get married, he doesn't accept it – he confessed -. I told him I'm gay but he doesn't hear, he doesn't listen. Over the years I have come to terms with it. When he sees my cosmetic surgery he thinks I do it because I'm histrionic. He doesn't associate it with other things ”. Giacomo then recounted his difficult journey. “I was never sad, at that time I was engaged to a woman. I didn't talk to her about my discomfort, I couldn't – he explained -. I lived in a town, Alghero, with 30,000 inhabitants. In small towns these things are badly tolerated. I was convinced that this was my life. I didn't feel I was homosexual, I felt I was straight, there were no other solutions. I was very much in love with that girl, I still feel her every day ”. But in the long run, the truth took over: “It's like playing a part in a movie that isn't yours. You continue to be with that person because you get attached. At that time, mom was the one who, if she saw a homosexual on TV, made her turn off, while dad didn't speak. When I said it, Mom became my accomplice while Dad didn't accept it ". Then the exciting meeting with the parents and the father who, at the invitation of Alfonso Signorini, reaffirmed his love for his son and the desire to accept his life choices.

Barbara Catucci
6542 posts
Previous Post
Gerry Scotti became a grandfather: Virginia was born
Next Post
Letizia of Spain, the turning point with the feared mother-in-law thanks to Juan Carlos